NOW MagazineNewsCoronavirus: Calls to suspend rent in Toronto get louder

Coronavirus: Calls to suspend rent in Toronto get louder 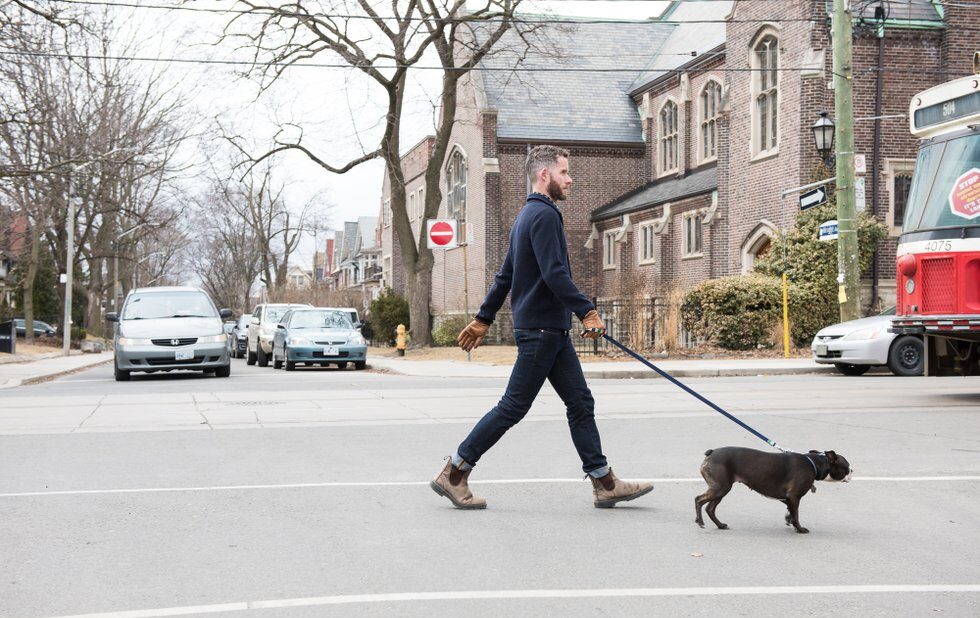 In a matter of days, Joe Rutherford’s small business was decimated.

Rutherford runs a dog-walking business based in the east end with six part-time employees. Last week, the majority of his clients began to self-isolate and work from home and no longer needed his services.

“I lost around 85 per cent of my business in 48 hours,” says Rutherford over the phone. “I never thought I’d be worried about paying my own rent. My business does okay, but I live in downtown Toronto and having extra reserves to pay $2,200 in rent with no cash flow… it’s really scary.”

Right now, he’s spread out his few remaining clients – who are mostly elderly – among his employees and then tops up their pay to the usual amount using his own personal savings – but he can’t do that forever.

“I’ve kept going for this week, but if this stretches into months I have no idea what I’d even begin to do without help from the government, banks or landlords,” Rutherford says.

Six days ago he started an online petition demanding the Canadian government suspend rent for the duration of the COVID-19 pandemic. It now has over half a million signatures.

“Canadians deserve the support needed to safely isolate ourselves and hinder the spread of COVID-19,” the petition reads. “We’re going to keep campaigning until the provincial government recognizes that the only way to do this is to suspend rent payments.”

In the wake of COVID-19, Torontonians are facing massive job losses across industries, leaving many tenants worried about paying rent and a growing number are calling for a rent strike.

Parkdale tenant Stephanie, who asked to only be identified by her first name, is a freelance florist who usually does large parties, weddings and corporate events at hotels. All of the events she had scheduled have been cancelled for the next two months.

“I’m feeling very overwhelmed,” says Stephanie, who pays rent on the 15th of the month. “My landlord just came to my door demanding my rent. I had just sent her an email telling her that I was worried if I paid rent, that means I’ll be out of money and I’m not bringing anything in. She’s requiring that I pay at least three-quarters of it. There’s not really room for compromise.”

On March 19, Premier Doug Ford announced that no new eviction orders will be issued and the enforcement of eviction orders are suspended until further notice, but the province has not announced any relief for tenants.

A day earlier, the federal government announced an $82 billion aid package, which included benefits like EI for those who are in quarantine or self-isolation due to COVID-19, wage subsidies for small businesses to avoid potential layoffs and increased GST credits for lower-income families. But it also did not offer any financial help specifically for tenants.

And the day before that, the country’s six largest banks – Bank of Montreal, CIBC, National Bank of Canada, Royal Bank, Scotiabank and TD Bank – announced immediate plans to allow homeowners to defer mortgage payments for up to six months in an effort to curb potential defaults.

“There’s no guaranteeing that my landlords won’t keep us on the hook for rent,” says Rutherford. “My landlord could say ‘pay or get out’ or ‘that’s fine if you can’t pay now, but in two months I need the whole amount.’ We’ll be amassing debt, and we won’t be able to work to even pay it off when this is all done.”

Mayor John Tory announced that as part of a new economic task force, he will be speaking with landlords on Monday, March 23. “On this call I will continue to call on landlords to be accommodating to tenants with cash flow issues and find solutions on how the city can work with landlords during the COVID-19 pandemic,” he wrote on Twitter.

As results of mass layoffs and public health directives to self-isolate, the Federation of Metro Tenants’ Associations started a petition calling on the province to waive rent on April 1.

The grassroots activist group Parkdale Organize! is asking tenants to go one step further and urging them to withhold their rent entirely.

It’s a concept that Cole Webber, a legal aid at the Parkdale Legal Community Services, stands behind.

“I don’t think anyone should have to pay rent on April 1,” Webber says over the phone. “Working-class tenants need to put it on the table that we have serious uncertainty and potential financial burdens on the way. Why should our priority be to further enrich our landlords?”

With no events booked in the foreseeable future, Stephanie is hoping to teach ESL online – she’s a certified teacher who recently had a three-week contract cancelled – and is hoping that she might get some money back during tax season. She’s also applied for Ontario Works, which offers financial assistance to support the basic costs of living.

Rutherford says he wishes the federal government’s aid package offered more relief for small businesses. He notes that while the proposed wage subsidy is 10 per cent, up to $1,375 per employee and $25,000 per employer, Denmark’s government is offering 75 per cent wage subsidies.

“I’ll be able to pay rent for April,” says Rutherford. “but I’m absolutely terrified for the next month.”