NOW MagazineNewsCry in the dark

Cry in the dark 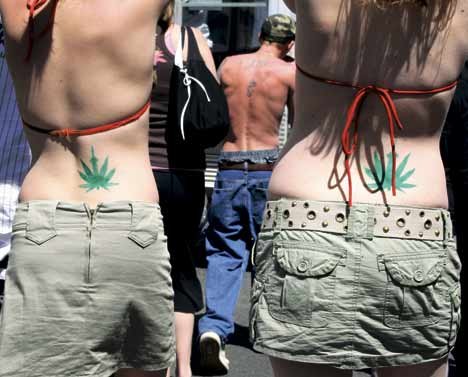 Talk about using festivities to get off the hook. When Israel began its aerial bombardment of Gaza on the last Saturday of December, politicians in Canada must have heaved a sigh of relief that they were able to stay nested in family holiday mode.

The fact is, most politicians see much danger and no gain in taking a muscular position in defence of human rights in the Middle East. Extend that to the incoming U.S. administration and you arrive at one conclusion: when it comes to Israel-Palestine, the public, both here and there, is poorly served by North American politics and politicians.

At what point will conditions for Palestinian civilians become so dire that public opinion will force governments to act? And why, with an estimated 600 Gazans dead and 3,000 injured, aren’t we hearing forceful statements from our elected officials about a “disproportionate response” and “humanitarian disaster”?

I reach Richmond Hill MP Bryon Wilfert, Liberal Foreign Affairs critic, and ask if there’s any difference between his party’s position and that of the Conservative government, whose Foreign Affairs minister said this week that the “rocket attacks on Israel” are the “cause of this crisis.”

“We have to act in Canada’s interests,” Wilfert replies, “not point fingers.” A cautious Wilfert refers to the statement by leader Michael Ignatieff, who “unequivocally condemns the rocket attacks launched by Hamas against Israeli civilians” and “affirm[s] Israel’s right to defend itself against such attacks.”

Ignatieff does say his “thoughts are with those in Israel and Gaza whose lives are imperilled.” But when I ask Wilfert if Israel’s response to the rocket attacks is disproportionate, he says he doesn’t want to get into that.

Unlike the Liberals, the NDP statement offers some recognition of the unfolding civilian calamity. The NDP “call[s] for an end to the aerial bombing of Gaza [and] the blockade of aid to civilians,” while being careful to condemn “the indiscriminate rocket attacks on Israel.”

While parties normally love to get their name in print, the NDP is uncharacteristically reluctant to talk up its Mideast policy. I try to get Foreign Affairs critic Paul Dewar on the phone only to be told he won’t be available for comment.

These nuanced messages, carefully crafted to avoid problems at home, seem profoundly divorced from the reality unfolding in the streets of Gaza City. Here, civilians endure a daily hell in large part because Israeli defence minister Ehud Barak sees political gains to be made in next month’s elections against the even more extremist Bibi Netanyahu.

Shocking, really, because there’s good evidence that the bombardment has strengthened Hamas’s base in the Gaza population – meaning Israeli civilians will be even less safe from attacks, rockets or otherwise.

Recent polling of Palestinians indicates that popular support for the Islamic fundamentalists was on the wane before the December surprise. A poll reported by Amman-based journalist and former Princeton prof Daoud Kuttab shows that by November 2008, fewer than 17 per cent of respondents supported Hamas, compared to 29.7 in 2006. Nearly 40 per cent back Fatah.

“Israel has revived Hamas,” Kuttab tells me. “All the moderates have been beaten up. The Syrian wing [of Hamas] who favour talks [with the Israelis] have been marginalized. The mood is very radical.”

In Israel, the mood is similarly hard-edged. However, Neve Gordon, head of the department of politics and government at Ben-Gurion University of the Negev, thinks it might change if there are heavy casualties among Israeli forces.

Gordon lives in Beersheba, the largest city in southern Israel’s Negev Desert, which was hit last week by two rockets fired from northern Gaza. Gordon’s children sleep in a bomb shelter. “This war is not about the rockets,” Gordon says. “Peaceful methods could deal with that. The motivation is to destroy Hamas and bring back the reputation of the Israeli military,” which took a hit during the Lebanon war of 2006.

Though public opinion on both sides is inflamed at the moment, Gordon sees hope on the horizon. He believes Israel’s population and that of the Occupied Territories would vote in favour of a two-state solution based on Israel’s withdrawal to 1967 borders. He sees land swaps with the Palestinians, Jerusalem’s division according to 1967 borders and recognition of a right of return (but agreement that only a limited number would actually be allowed to do so).

But things are shifting on the West Bank, which, since the invasion, has seen the largest protests in years. Participants have included members of Fatah, who were evicted from Gaza by Hamas, their arch-rivals.

He has been widely seen as a disappointment since he took the reins of power in 2005. And his first response to the crisis – he blamed Hamas, criticizing the group for not rnewing the ceasefire with Israel – alienated his base. “A lot of Fatah people are worried they’ll be taken down with Abbas,” Rabbani says.

And what of Canadian public opinion? Are we destined to be mere extras in this greatest of geopolitical dramas? Renan Levine, who teaches Israeli politics at U of T, says our opinions are unlikely to affect Israel’s decisions. But if Israel’s global standing deteriorated dramatically, he says, diasporic leaders might express their concern. “We would need to reach a tipping point,” Levine says.

Number of casualties since Israel launched its offensive

Number of people without running water 800,000

Length of time Israel has enforced the current blockade 18 months