Scarborough is shifting attitudes on cycling

From suburbia with love for the bicycle 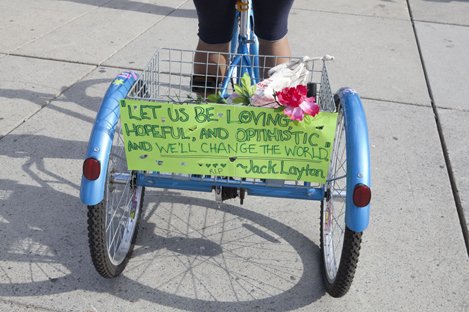 Cycling has become so popular in Toronto that to ride is to conform – well, downtown, anyway. In the burbs, there’s still work to do.

The project, launched in partnership with the Toronto Centre for Active Transportation (TCAT) to offer low-cost access to tools, parts and mechanical expertise to cyclists – as well as to rally support for transportation on two wheels – has gained momentum, expanding to three locations (AccessPoint on Danforth, Birchmount Bluffs Neighbourhood Centre and Agincourt Community Services) since rolling into Scarborough in 2016.

Some 2,000 cyclists have been served by the hubs and hundreds more turned on to biking via the project’s group rides, which Macaraig says have been key to “normalizing” cycling and building bike culture in the burbs. He says the rides have acted as “a public statement of community ownership and belonging” for cyclists. 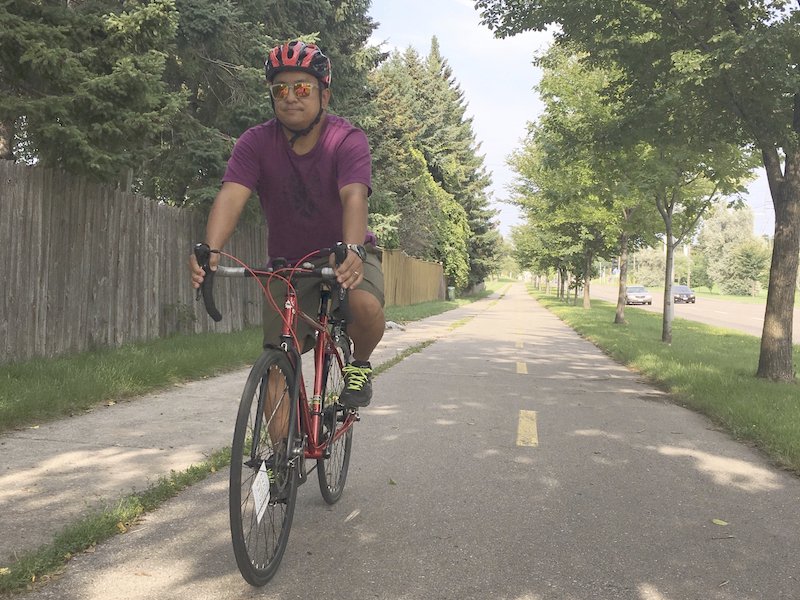 In 2016, Louise Gilmour participated in Bells on the Danforth, which was among the first rides promoted by Scarborough Cycles, and she says the event showed her that it was possible for her to ride her bike to work.

“I had never thought I could bike the full length of the Danforth so I never tried biking to work. Once I rode with the group, I realized it was really nothing at all,” says Gilmour, who has been riding to work ever since and continues to use the hub for basic bike maintenance and to find out about what’s happening in the city.

The hubs continue to grow in popularity. So far this year, they’ve had over 550 visits, and residents have volunteered more than 850 hours of their time to support the group’s programming.

TCAT director Nancy Smith Lea says Scarborough Cycles “took a strategic approach to incubating cycling,” starting in a couple of neighbourhoods selected for their cycling potential based on the number of short trips taken by residents, car-free households and existing cycling and walking rates, among other factors. The hubs have branched out to partner with dozens of other community organizations to promote bike culture.

To that end, Smith Lea applauds the city’s new Bicycle Chain program, which is opening community bike hubs in vertical neighbourhoods all across Toronto. As part of the program, Scarborough Cycles is launching a new hub in east Scarborough (at 3939 Lawrence East) this fall. 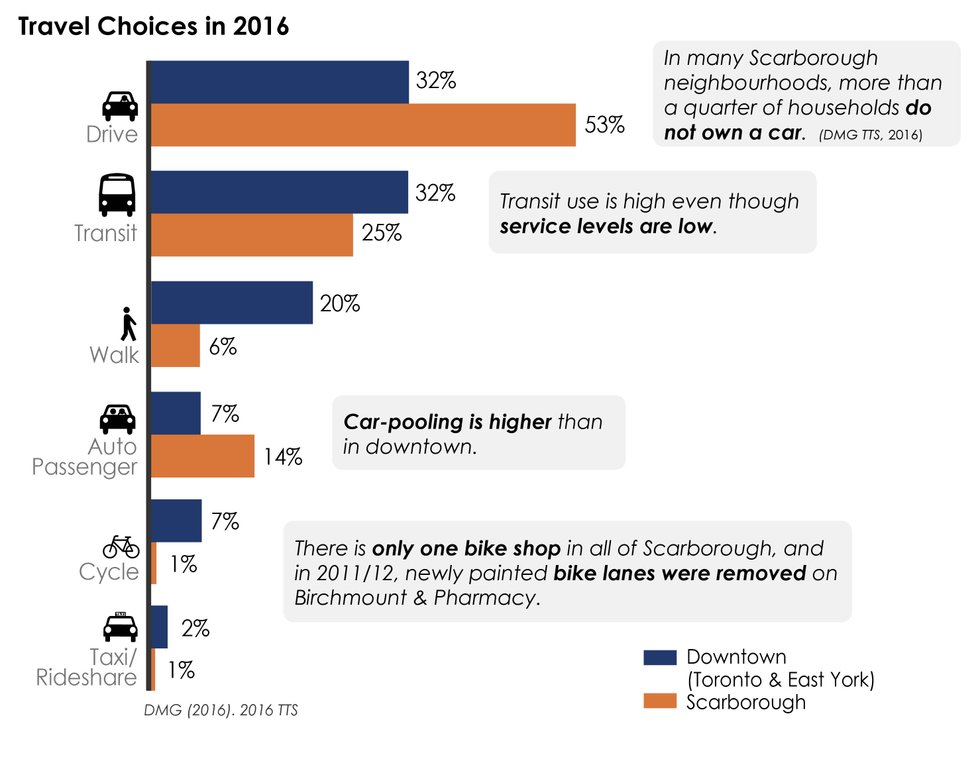 But Macaraig says there’s still a lot of work to do in terms of building bike infrastructure in the burbs. “There is so much more that can be installed quickly, and at a relatively low cost.”

For example, he points to long stretches of Steeles, Finch, Sheppard, Ellesmere, Warden, Victoria Park, Midland and Neilson, which could accommodate separated bike lanes with very little impact on the current roadway.

“There is so much available space along many of Scarborough’s roads that installing bike lanes would have no impact on the number of existing traffic lanes.”

He says the city should unlock “latent demand” for bike lanes by considering the widening of existing sidewalks so they can be better utilized as functional trails.

“There is so much sidewalk cycling already happening in Scarborough,” Macaraig says. “People want to ride for local trips but are afraid to be on the road.”

Indeed. Traffic congestion is one of the most talked-about problems in Toronto. So why not provide people with safer options to get around?

Macaraig points to the Danforth as another example of unrealized potential. Separated bike lanes on the stretch would extend cycling’s reach far into the burbs, providing a “much-needed backbone to the east-end cycling network [that] would increase the number of cyclists on connecting routes in a relatively short time frame.”

But is there the political will to make Scarborough the cycling mecca it aspires to be?

“We have yet to find the courageous leadership necessary to enact the change we need to keep Toronto moving,” Macaraig says.

Why Scarborough is fertile ground for cycling in six numbers

14% Residents who carpool, twice as high as downtown

500,000 Trips per day in Scarborough with a distance of less than 5 kilometres

69 Percentage of these trips that are made by car

1 Number of bike shops in Scarborough