And now for something completely different, a positive cycling story

BBC News recently called Toronto the worst city in the world to ride a bike, but there are many reasons to get back over to the sunny side of the street where cycling is concerned 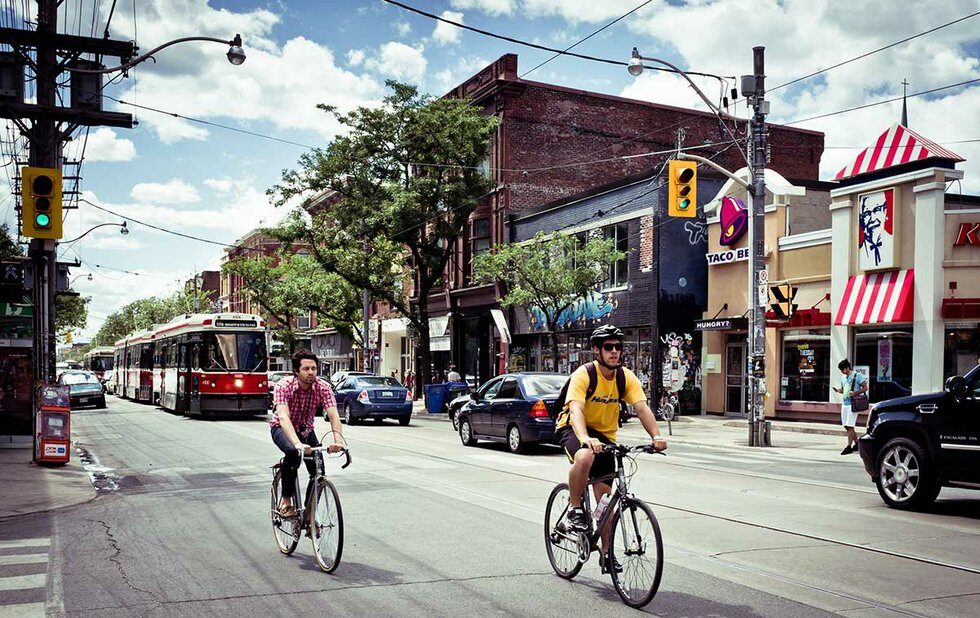 It may seem like an odd time to be writing a positive story about cycling.

BBC News recently called out Toronto for being the worst city in the world to ride a bike. Earlier this summer, a surge of pedestrian and cyclist deaths led Jennifer Keesmaat, Toronto’s former chief planner and now mayoral candidate, to call for a state of emergency. And last month Ontario’s cap and trade program, which was to fund a $225-million program for municipal commuter cycling infrastructure across the province, was abruptly cancelled.

In light of all this it’s tough to stay positive, and almost seems perverse to try. Yet if you love cycling, or even if you haven’t yet made the leap into the wonderful world of bikes, there are many reasons that have helped me get back over to the sunny side of the street.

According to the latest census data, cycling rates are rising across the entire city, including some interesting change outside the downtown core. For example, more than 500 people have visited three community bike hubs this year and the city plans to create 8 more bike hubs.

Also, more than 80 per cent of Torontonians, including 75 per cent of drivers, support building protected bike lanes, according to a recent Ekos poll. Perhaps because bike lanes make driving easier?

Especially in an era of fiscal restraint, bikes are a bargain and streets with bike lanes move more people at a lower cost.

But bike lanes or not, the more people on bikes, the safer it is.

Does all of this indicate that Toronto is a cycling paradise? Not a chance.

But we’ve got momentum happening that we need to celebrate and fiercely protect. Although recent legislation has created turmoil, the municipal election just around the corner offers an opportunity to effect change.

To address the growing concern about road safety, a coalition of community leaders released an all-candidate survey in June to gauge support for #BuildTheVisionTO: Safe And Active Streets For All, a set of 15 municipal election priorities to improve road safety, increase physical activity and build safe and active streets. The survey results will provide Torontonians with a tool to evaluate councillor and mayoral candidates on their commitment to making road safety and protecting the lives of vulnerable road-users a priority.

The coalition strongly supports the Vision Zero Road Safety plan, which Toronto adopted in 2016. But it’s not being implemented fast enough.

The plan’s goal of eliminating all traffic fatalities is an urgent one, demanding immediate and meaningful action.

To get moving on achieving Vision Zero, the coalition’s priorities include: traffic-calming measures, such as speed humps, bulb-outs and raised crosswalks, in all elementary school zones by 2022 sidewalks on every street being reconstructed (nearly 25 per cent of all local streets in Toronto don’t have a sidewalk and many more only have a sidewalk on one side of the street) and protected bike lanes on main streets, including the major corridors in the Cycling Network Plan (Bloor, Yonge and Danforth) which were put on hold and subsequently removed from the implementation plan by council.

Any day now, council and mayoral candidates will be knocking on your door asking for your vote on October 22. Ask them if they endorse the #BuildTheVisionTO campaign. In the fall, all of the candidates’ completed surveys will be released. Don’t forget to vote – and may all the streets be sunny in our future.

Nancy Smith Lea is director of the Toronto Centre for Active Transportation, a project of Clean Air Partnership. Her work in active transportation and city building has been recognized by Spacing Magazine and the United Way.