Constable found guilty of assault in beating of Dafonte Miller

Michael Theriault cleared on additional charges of aggravated assault and obstructing justice, while his brother Christian was found not guilty 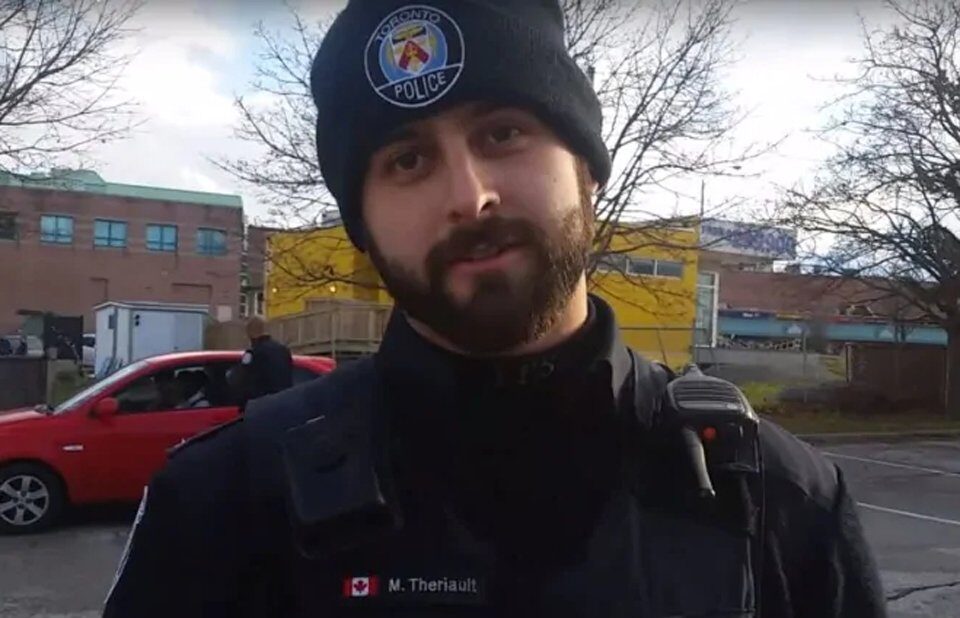 Toronto constable Michael Theriault was found guilty in the assault of Dafonte Miller.

Toronto constable Michael Theriault was found guilty in the assault of Dafonte Miller.

Toronto police constable Michael Theriault has been found guilty of assault in the 2016 beating of Dafonte Miller.

The Toronto officer, who was off duty at the time of the assault, was found not guilty of two further charges of aggravated assault and obstructing justice.

In a lengthy decision handed down today via video conferencing, Ontario Superior Court Justice Joseph Di Luca said he was “troubled” by much of the officer’s version of events of the altercation with Miller.

The judge also raised numerous questions about “omissions” in Theriault’s version of events and why he did not identify himself as a police officer during a chase and violent confrontation with Miller, as well as the veracity of the officer’s claims that it was Miller who attacked him with a metal pipe.

However, the judge offered that he was left with reasonable doubt about whether the officer’s actions met the test in law required for a conviction on the aggravated assault charge.

Theriault’s brother, Christian, who was also involved in the confrontation with Miller, was cleared of charges of assault and obstruction of justice, despite the judge’s stated reservations about his version of events.

Both brothers had pleaded not guilty to all charges.

Michael Theriault is free on bail and his next court appearance to discuss a sentencing hearing is set for July 15.