NOW MagazineNewsStand up for the Danforth at these #DanforthStrong events

Stand up for the Danforth at these #DanforthStrong events 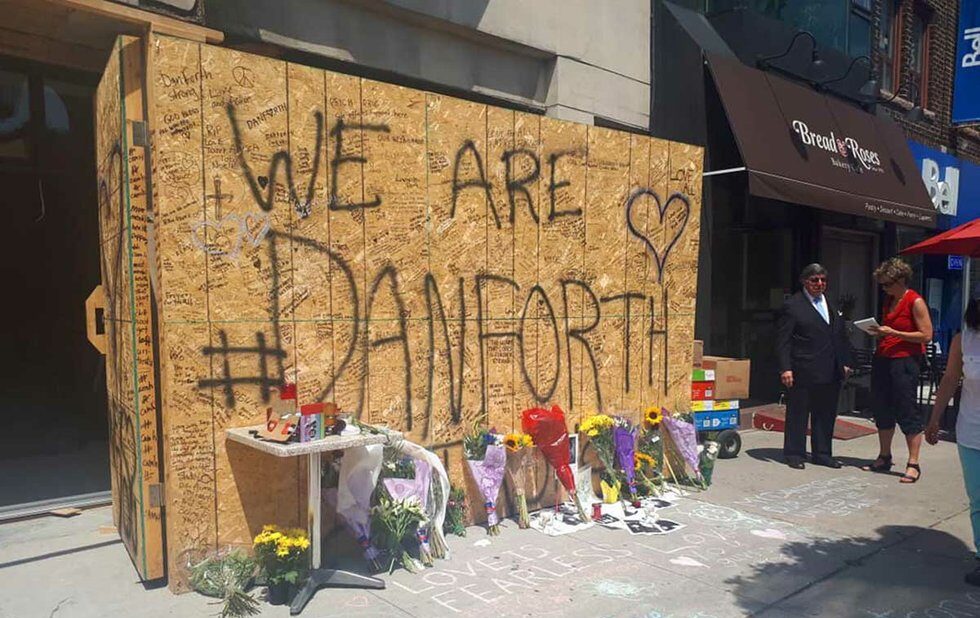 In the days following the mass shooting on the Danforth, supporters created a shrine to honour the victims.

Since the July 22 mass shooting that shocked the city, residents and business owners on the Danforth have been coming together to help each other heal. If you’d like to show your support for Toronto’s Greektown community, we’ve rounded up some #DanforthStrong events below.

416 Light Up the Night Vigil

Members of Toronto’s film and stage communities are taking a stand against violence with a non-denominational vigil at Withrow Park. Led by Colin Mochrie from Whose Line Is It Anyway? and Aurora Browne from the Baroness Von Sketch Show, the sunset ceremony seeks to reignite love in the city.

Attendees are encouraged to bring candles or flashlights to light up the night. “The flashlights and candles will represent our wish to reignite the flames of love, unity, and compassion in our individual and collective hearts,” notes organizer Geraldine Ronan, a Toronto-based actor.

Stress and tensions are running high in the city, and Toronto Acupuncturists Without Borders is seeking to provide relief in the way they know how: through acupuncture. A field clinic will be provided for anyone needing trauma and stress recovery as a result of the shooting.

Billy Talent is throwing a benefit concert for the victims of the Danforth shooting during the Taste of the Danforth, which marks its 25th anniversary this year. The concert directly supports the affected community, with all proceeds benefiting the #TORONTOSTRONG/Toronto Foundation.

Joining Billy Talent are Toronto artists City and Colour, PUP and more still to be announced.