David Suzuki: We have to stop squandering our brief time on Earth

Our planet has experienced five great extinctions and nature will go on, but whether humans will be around is another question 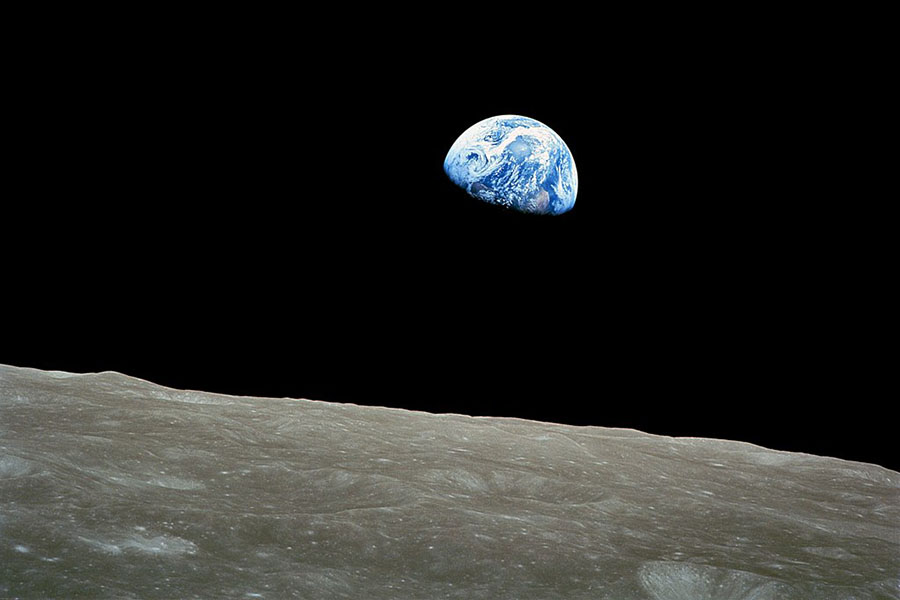 Earthrise taken in 1968 by William Anders, an astronaut aboard Apollo 8.

The planet and its miraculous nature will go on with or without us. After all, extinction is an essential part of life’s history on the planet, and we humans seem determined to fuel our own demise through unsustainable exploitation and destruction of the natural world that makes human life and flourishing possible.

In the 3.9 billion years we think life has existed on Earth, immense changes have occurred.

The sun is 30 per cent warmer today, great continental plates have pulled apart and smashed together, mountains have risen up, oceans filled then emptied. Magnetic poles have reversed then switched back. Ice ages have punctuated warm periods.

After life invented photosynthesis, the atmosphere was transformed by the removal of carbon dioxide and the addition of oxygen. Those life forms were fixed by their heredity to specific habitats and needs, so when environmental conditions changed, they were displaced by others better suited to the new state. More than 99.99 per cent of all species that have ever existed are extinct, and that is how life has persisted.

The fossil record indicates five mass extinction episodes have occurred, defined by the disappearance of more than 75 per cent of all species within 2.8 million years, a mere blink in evolutionary time. In the five great extinctions, 75 to 90 per cent of terrestrial and marine plants and animals vanished.

Despite these enormous disruptions, life recovered in diversity and abundance, although radically different in makeup.

In the Cretaceous-Paleogene mass extinction 66 million years ago, when dinosaurs disappeared after ruling the planet for 180 million years, mammals took advantage and thrived.

On average, an invertebrate species’ lifespan is about 11 million years, and a mammalian species lasts between one and two million years. After a mass extinction, ecosystems recover after two million years, while the biosphere takes about 10 million years to fully flourish again. These numbers and time frames are inferred from the fossil record and geology, and can provide a framework within which to assess the current epoch, often called the Anthropocene.

The explosive growth of human numbers, technological innovation and demands of the global economy have amplified our species’ ecological footprint so greatly that we have triggered another mass extinction episode. Unlike the previous five, this sixth extinction is the direct consequence of one species, us — an infant species that has only been around for 300,000 years.

Although I have faith that nature will continue on despite all we’ve done, whether or not we’re around for it, it will take millions of years for the biosphere to equilibrate again with another array of unimaginable and wondrous biodiversity. It’s as if we’ve sped up time.

Many plant and animal species we care about were destined to be here for a few million years at most, but now they’re disappearing at unimaginable rates, often within our lifetimes. We’re the first species to have caused rapid extinction and to be aware of what we’re doing. We have spread across the planet and become a geological force, reshaping the land and water according to our demands.

But as the top planetary predator, we’re one of the species most vulnerable to extinction — of other species and our own. If the plants and animals we rely on for food and more become extinct, we’re in trouble.

We have the intelligence to recognize the crisis and resolve it by pulling back, ceasing activities that contribute to extinctions, and encouraging nature. Nature always bats last, and wins. That’s because it sets the rules. And nature has an ace up its sleeve: time, all the time in the world until the sun burns out and is no more.

We have become the impatient species, too busy to let nature replenish itself and too puffed up with our own sense of importance to acknowledge our utter dependence on its generosity. Instead, we steal from our children and future generations by extinguishing so many species that could have been here for them too.

We have many reasons to change our destructive ways, to show greater respect to nature. Above all, we have to think of the world we’re leaving to our children and grandchildren and those yet to be born. We must do it for love.

David Suzuki is a scientist, broadcaster, author and co-founder of the David Suzuki Foundation.