While humans erect walls and fences, animals aren't constrained by the geopolitical lines we draw to separate ourselves from each other 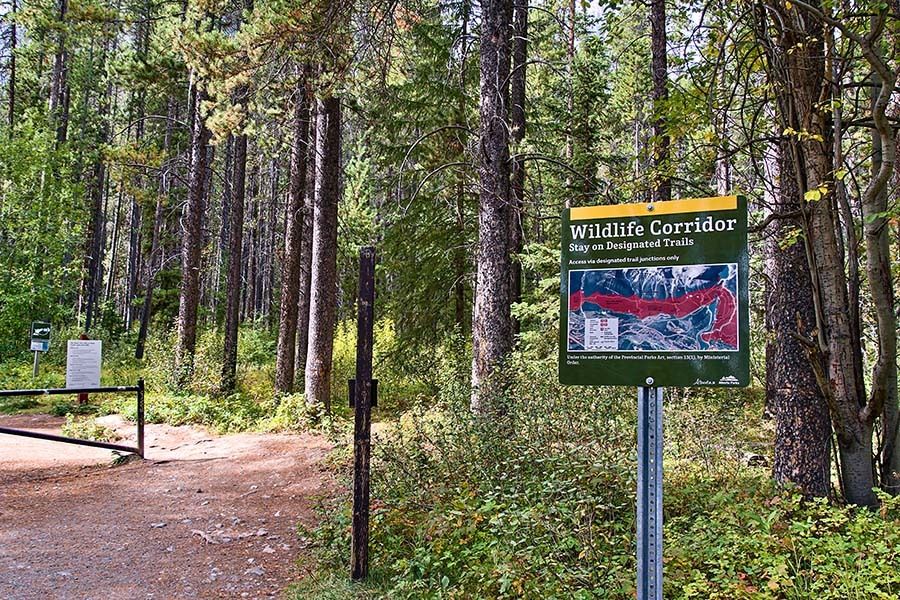 Robert Frost began his poem Mending Wall with the line, “Something there is that doesn’t love a wall.”

He could have been speaking for wildlife. Walls and fences fragment their habitat, limit travel for food and mating, block migration routes and cause death. (As do roads.) A 2011 study found “the fence along the U.S.-Mexico border blocks 16 key species from about 75 per cent of their habitat.” Research in Utah and Colorado showed, “every year one ungulate is tangled for every 2.5 miles of fence.”

Fences and walls can also decrease genetic diversity, as wildlife inbreed when they’re no longer able to safely travel to find mates outside of their gene pools. According to the Economist, “Millions of kilometres of fences wrap the world, outstripping the collective length of its roads by something like a factor of 10.” Although wildlife-friendly fences can be constructed, they’re not the norm.

Animals aren’t constrained by human notions of private land or the geopolitical lines we draw to separate ourselves from each other. According to the environmental journal Yale 360, “one Eurasian brown bear, dubbed Ivo, was tracked by satellite collar as he roamed for 21 months from Slovakia, to Hungary, to Poland, to Ukraine, crossing international borders 63 times.”

While fences, walls and roads are devastating for individual creatures and whole populations, antidotes are available: bridges, tunnels and corridors. Habitat loss and fragmentation are the primary drivers of species’ decline. Reconnecting fragmented pieces of land is critical to wildlife survival and recovery. Connectivity must be maintained or restored between borders, too, as fences to separate people have broader ecological impacts.

As we journey through the UN-declared “decade on restoration,” connectivity initiatives are growing worldwide, sometimes in surprising places. In the U.S. and Canada, the Y2Y project aims to restore ecological connectivity from Yellowstone to Yukon. Corridors under that umbrella don’t comprise just undisturbed lands; they include private lands where landowners agree to let animals move through in peace.

In Africa, numerous multi-jurisdictional wildlife conservation areas have been established under the banner of “Peace Parks.” In India, some communities were established in elephant travel corridors, which led to human-elephant conflict. Now, they’ve voluntarily agreed to relocate to create the Thirunelli-Kudrakote corridor, which will connect elephant habitat between two conservation areas and service the world’s largest Asian elephant population.

Some critics argue corridors often provide quick fixes alongside status quo habitat degradation. Ecologist Dan Simberloff says, “the corridor bandwagon… perpetuates the notion that we can somehow have conservation on the cheap by providing a technological solution to the problem of habitat destruction and fragmentation. It’s seductive, but unlikely to work in many cases. Unfortunately to conserve biodiversity we have to conserve habitat.”

Success stories abound, though. According to Canadian Geographic, “Though many biologists and citizens were skeptical of the wildlife bridges when they were first built, the six overpasses and 38 underpasses that criss-cross the Trans-Canada are today considered a worldwide conservation success story, reducing wildlife collisions by 80 per cent and buoying Banff biologists to rock-star status in the realm of transportation ecology.”

In Wyoming, a 240-kilometre corridor, called Red Desert to Hoback, was created for mule deer migration. It spans many types of land, including privately held. The state worked with landowners to adapt and remove fences and built a number of wildlife crossings over roads.

Florida legislation commits that state to spend up to $400 million to buy land to increase connectivity pathways for the endangered panther. According to the New Yorker, “As envisioned, the corridor could ultimately encompass eighteen million acres, about half of Florida’s total area. Roughly ten million acres are currently conserved in one form or another.” The project includes successful collaboration with numerous cattle ranchers who once opposed conservation initiatives.

Connectivity can advance opportunities to address social justice restoration, too, if the role of Indigenous leadership is recognized. In fact, the U.S. Wildlife Corridors Conservation Act, passed this summer, includes a Tribal Wildlife Corridors Act to support Indigenous tribes in nominating, restoring and managing corridors on tribal lands.

Ultimately, participation in connectivity projects has the potential to connect far more than patches of land and restore the life processes of wildlife. It can also connect us to the animals we work to recover, and to each other.