NOW MagazineLifeHealthShame and blame will not save you from COVID-19, experts say 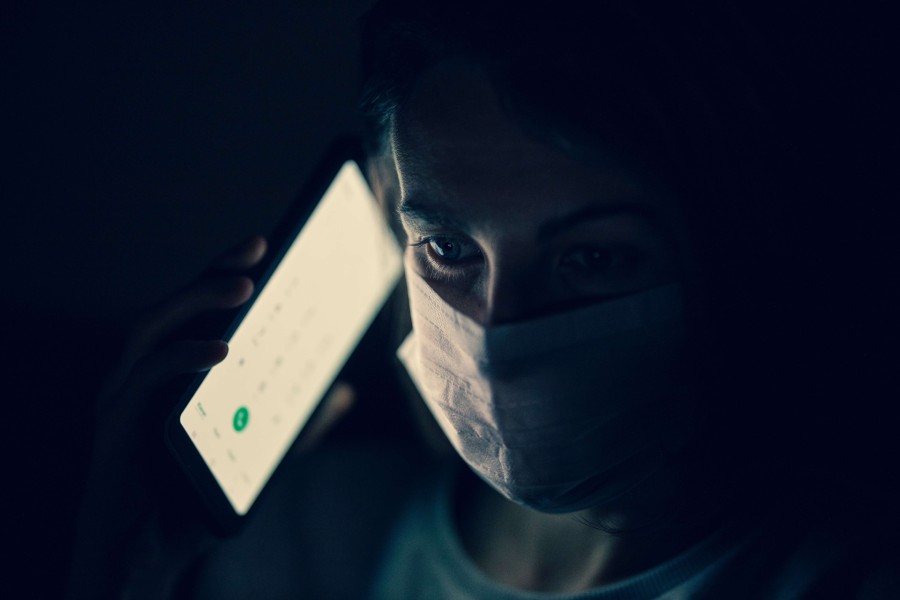 When Stephan Adams tested positive for COVID-19 in July, he was living in Montreal. The 22-year-old student and customer experience specialist felt lucky because he was asymptomatic during his two-week quarantine period.

Unfortunately, his roommate came down with more serious symptoms.

But he also felt something else. Adams wasn’t prepared for the shame and stigma from family and friends that lasted months after he was deemed no longer infectious.

Adams and his roommate made the decided to socialize with another household, going to outdoor patios and other outdoor gatherings, such as picnics in the park. When one of the friends in the other household tested positive for COVID-19, the two roommates got tested.

“The anxiety came so quickly with testing positive, because the second you get that positive test, you’re now seen as a negligent human being,” he recalls. “You are now less responsible than everyone else.

“I felt that disappointment and shame because you’re thinking, ‘did I do something? Was it me?'” he says. “Then I had to remind myself that this is a global pandemic.”

The second wave is worse than the first in Ontario, leading to a lot of frustration, fatigue and finger pointing. “At this point we’re past shame or blame,” Toronto’s Medical Officer of Health Eileen de Villa said during a press briefing on January 11.

But shame and blame have played a role in the COVID-19 pandemic from the beginning. Canada’s Chinese community was the target of racist harassment after the first known cases of the virus were identified the Chinese city Wuhan in December 2019.

Shame has also been, in a way, integral to public health messaging around COVID-19, for better or for worse. Government officials and public health figures have continued to call out age groups and behaviours they deem responsible for higher case numbers.

As COVID-19 cases surge in Ontario and threaten to overwhelm the hospital system this month, the province’s top doctors blamed the situation on holiday gatherings and a small portion of the population who are not following rules.

The strategy can play an important role in limiting risk, such as when the fear of being shamed by your neighbour for having people over your house stops you from inviting people for a social gathering. But shaming people who test positive for COVID-19 misses the mark, experts say.

“The idea is that if you do everything that you’re supposed to do, you won’t become infected, right? But that’s simply not true,” says S. Harris Ali, a sociology professor at York University. “You could still be infected, even if you do follow all the rules.”

The COVID-19 shame and blame game comes partially from our highly individualized society, he says, which leads to stigmatization in situations such as global public health emergencies.

“The automatic emotional reaction is that we have to get away from the person who is a danger,” he explains. “And part of that reaction is anger.”

Adams noticed his family started treating him differently after he contracted the virus. “They don’t want to hug you because they’re not sure if you’re still contagious,” he says.

He could tell by the tone of voice that some people were trying to figure out where he went or who he saw that caused him to “catch” the virus. It’s a “draining conversation that you’ve had millions of times already,” he says. “And you feel this need to prove yourself before they just attack you.”

Adams was frustrated number of people who seemed to criticize his behaviour when he knew they were doing the same things he had done: gathering outdoors in parks, sitting on patios, seeing a few more people than just those in their household.

Fear drives people to blame others

Ethically, it isn’t fair for judge someone who has had “bad moral luck,” says Hilary Bergsieker, a University of Waterloo psychology professor who studies stigma among intergroup relations.

“If someone gets a COVID infection relative to someone else who maybe also ate a meal on a porch and didn’t happen to get infected, a big part of that is the randomness of infection,” she says. “It’s not fair to think of that person as a bad moral agent because they did something that everyone does.”

In psychology, there is a theory that people have a strong desire to believe that the world is fair – so much so that they’ll go out of their way blame people who have bad things happen to them.

“The example of somebody coming down with a potentially deadly and contagious illness is often exactly the kind of scenario where we immediately want to look to something about that person that makes them different from us and morally culpable for their choice,” she says.

“It enables us to go on with an illusion of safety for ourselves and feel that, ‘I’m not doing exactly what that person is. I’m different from that person, so I’m okay, both morally and health-wise.”

How she contracted the virus through community spread is a mystery. I do not lay blame.

Instead, I issue a warning: this disease is brutal.

Protect your loved ones. Support the health workers fighting this on the front lines.

Fear is a driving factor behind the inclination to point blame at others as well, explains Judith Versloot, an assistant scientist and researcher at Trillium Health Partners.

She notes that stories of people who follow all the rules and still contract the virus are especially scary.

“Then there’s nothing else they can do to avoid it, because they’ve done everything they could,” she says.

This could explain the desire to find out what people who have contracted COVID-19 did “wrong,” and to then shame them for it. If you can pinpoint something an infected person did differently, you protect yourself from the knowledge you are susceptible.

Six months after contracting COVID-19, Adams wishes others had been more understanding of the stigma and stress that comes with a positive test result.

“The first night I was so terrified to fall asleep because I was thinking I was going to wake up and my lungs were going to be heavy and I wouldn’t be able to breathe, especially because I have asthma,” he says.

“You can be the most responsible person and you can still test positive,” he says. “But it’s like people forget who you are when you test positive. They’ve discredited my entire personality.”