NOW MagazineNewsDecade in review: Condos go sky high and so do rents

Decade in review: Condos go sky high and so do rents 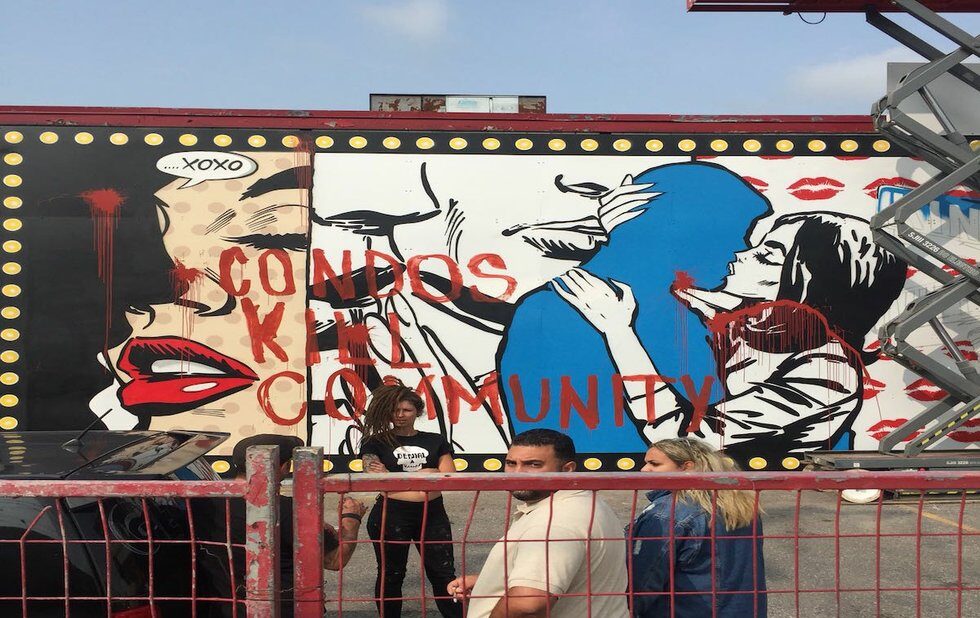 The average rent for a one bedroom in Toronto has increased from $950 in 2010 to $2,320 in November 2019, the highest in the country. There are some 100,000 households on a waitlist for social housing. The vacancy rate hovers around one per cent. Predatory landlords, renovictions and other shady tactics are on the rise, with a recent report from Advocacy Centre for Tenants Ontario finding that personal-use evictions have nearly doubled since 2015.

There are countless metrics to track the housing crisis in Toronto over the past decade.

But it’s not like most renters can realistically transition into home ownership, either. Based on current housing prices, it would take a median-income renter household between 11 and 27 years to save for a 10 per cent down payment.

And while renters face bidding wars over barely legal basement apartments, developers have built around 80,000 new condo units in the last 10 years. Most of those units have been in CityPlace – the area between Bathurst, Blue Jays Way, Front and Lake Shore – which has become one of the densest neighbourhoods in the city. These high-rise communities have become a hotbed for Airbnb­ rentals, much to the ire of actual residents. Insufficient planning foresight also means that the current neighbourhood lacks adequate green space, parks and schools.

The rise of the condo illustrates that the city’s housing crisis isn’t a simple supply-and-demand problem. Toronto is building thousands of units a year, but none are truly affordable and are not built specifically for rental. And as Leilani Farha, the Ottawa-based UN Special Rapporteur on the Right to Housing, told NOW earlier this year, even if more affordable housing is built, that wouldn’t necessarily solve our crisis. There need to be legal protections in place to keep it affordable.

So what can be done in this decade to quell the current affordability crisis? All levels of governments need to build deeply affordable housing that is protected from financialization, reinstate rent control on new rentals and crackdown on private-equity landlords who turn housing stock into tradable commodities.