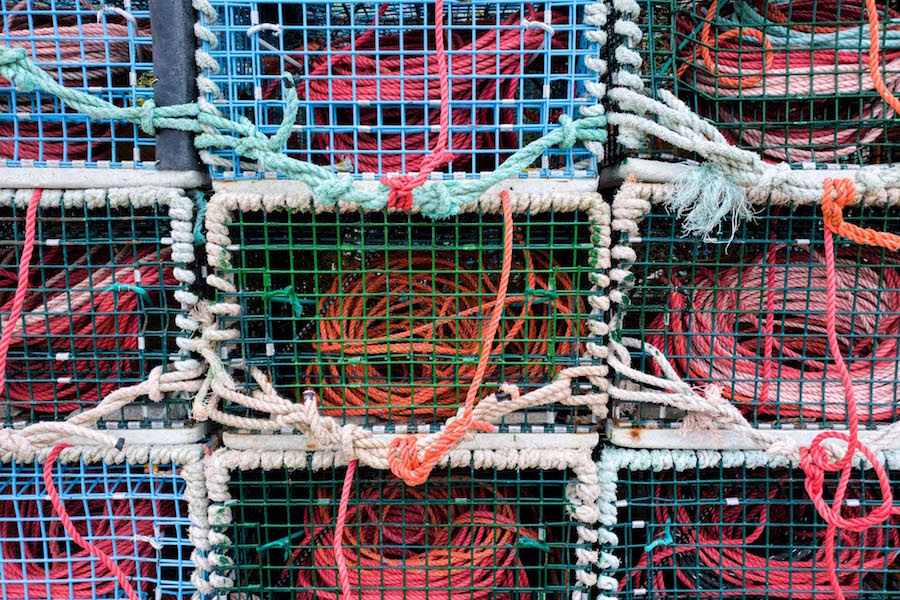 A bitter dispute over a Mi'kmaq rights-based lobster fishery in St. Marys Bay, Nova Scotia has cast a national spotlight on Indigenous land rights in Canada.

Throughout the COVID-19 pandemic, most of us have been living in a landscape defined by unknowns. This lack of certainty about how the world around us can change at any moment shows no sign of abating in the foreseeable future.

Dealing with the unknown is not something our modern society is used to or comfortable with. Over the centuries, we’ve whittled away at the things that once surprised us. We can now check the weather multiple times before we go out so we don’t get caught in the rain, vet movies before watching them, research which hotel to stay in or restaurant to dine at, learn which potential mate likes what we do, and so on.

This can be seen as a continuum of the world view held by Western European settlers who colonized what we now call Canada. When they arrived, the enveloping wilderness frightened them. In response, their main ways of knowing it were mowing it down, shooting it if it moved, taming it and simplifying it in their minds.

Settlers who came here hundreds of years ago colonized nature by clearing forests, creating agricultural lands, rerouting rivers, introducing new species and, ultimately, building settlements. We still, in the main, uphold the dominion-over-nature story that they (and many of our religions) passed on to us.

The settlers also colonized Indigenous Peoples. Among other means, they parcelled land into packages to be owned and gave it to fellow settlers. They created laws prohibiting Indigenous cultural and governance practices. They forcibly moved migratory nations to ever-diminishing land reserves. They removed children from their families and placed them in residential schools and foster homes where, to assimilate them into settler culture, they were forbidden to speak their languages and often abused.

Nature and people weren’t the only ones to be colonized; relationships between people and nature were colonized, too. As Anishinaabe scholar Deborah McGregor notes, “Water, in the dominant Western Euro-Canadian context, is conceptualized as a resource, a commodity to be bought and sold. Federal and provincial governments therefore make decisions about water based on a worldview, philosophy and set of values which stands in direct contrast to the views of First Nations people.”

There’s no question that the significant gains realized by settler society have been built on Indigenous Peoples’ losses under colonization over the past several hundred years and continuing to this day.

These injustices are now widely acknowledged, with a growing desire by many to redress them, advanced as reconciliation. In the words of scholar Lorenzo Veracini: “Colonization was a false promise then; it is an exploded promise now.” Veracini, a professor of settler colonialism, says the challenge now is how to become “a better human being and a worse settler.”

One step we can take is to stop perpetuating the settler story of nature as property or resource. We can create and share stories rooted in relationships that honour nature’s complexity rather than diminish it. We can learn from Indigenous stories about seeing nature as kin, rather than object, and meaningfully include Indigenous Peoples in land-use decision-making processes.

Thinking about decolonization is new for many of us. But thinking about it is not the end game. Scholars Eve Tuck and K. Wayne Yang, authors of the article Decolonization Is Not A Metaphor worry that “decolonizing the mind, or the cultivation of critical consciousness, as if it were the sole activity of decolonization” could undermine “the more uncomfortable task of relinquishing stolen land.”

Land repatriation, in its various potential forms, lies at the heart of decolonization. In Canada, we have a number of avenues to “unsettle” the land: work to advance Indigenous sovereignty, support Indigenous land-use practices, shift land governance and change policies that, in the words of scholar Kyle Whyte, “undermine trust, diplomacy, and consent.” We must also create new tools.

Our world isn’t static; it’s ever changing. We must not just learn to live with its new iterations; we must invest energy into shaping them in ways that right past wrongs. Exploring and implementing different forms of land distribution and governance are key to the task at hand.