Does hashtag activism like #MeToo have the power to end rape culture? 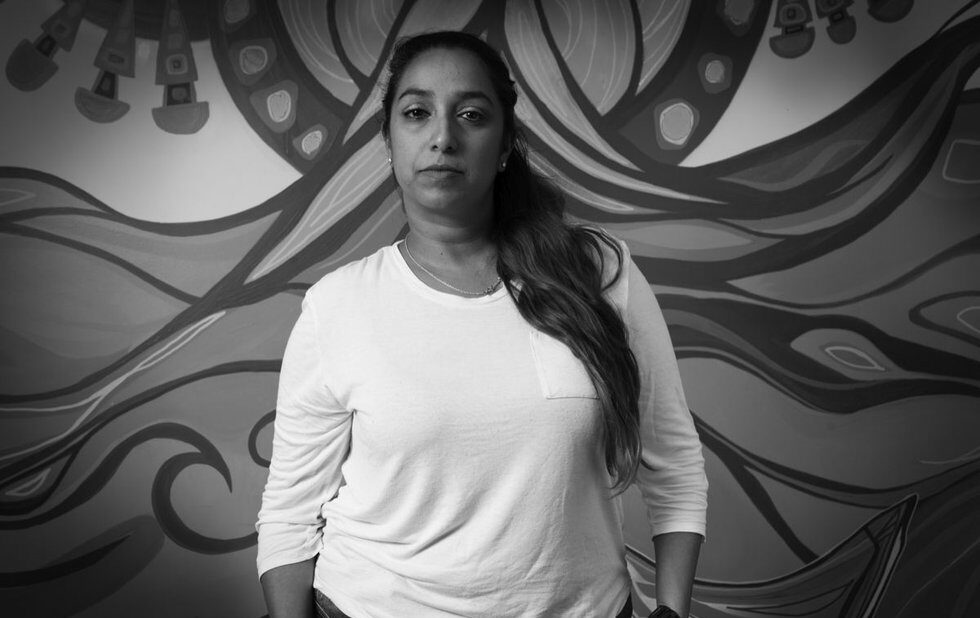 Deb Singh says men must take more active roles in the fight against rape culture and create resources for themselves if things are going to change.

On the morning of October 18, Louise went on Facebook and typed out the words “me too.” The 100 or so words that followed described an incident that happened one night last summer: a man followed her as she walked home alone.

“He was in his car yelling at me,” the 31-year-old recalls. “I waited in front of a busy bar for a few minutes and he drove off. But he circled the block and followed me again.”

Louise got home safely that night, but the situation stuck with her. It’s something a lot of women experience – leaving a bar, work or friend’s place and being harassed on the way home. But this time, Louise felt compelled to share her story online. She’s one of millions of people worldwide who’ve used #MeToo on social media after actor Alyssa Milano issued a call-out on Twitter.

“If all the women who have been sexually harassed or assaulted wrote ‘me too’ as a status, we might give people a sense of the magnitude of the problem,” Milano wrote on October 15, after rape accusations against movie mogul Harvey Weinstein began surfacing. More than 60,000 people, mostly women, replied directly to her tweet. More followed suit on Facebook and Instagram.

Milano wasn’t the first to use #MeToo. African-American activist and organizer Tarana Burke used “me too” over a decade ago when she started a movement to empower women of colour who had experienced sexual violence.

The resurgence of #MeToo, however, feels different this time. While Burke’s campaign focused on creating grassroots connections in under-served communities, the 2017 version hitched itself to the ubiquitous social media freight train. Within 24 hours of Milano’s call-out, the hashtag had been used by 4.7 million people in 12 million Facebook posts.

Hashtag activism, referred to as slacktivism by those who doubt its merit, has taken off. We’ve seen a bunch of hashtags related to sexual violence gain popularity, from #YesAllWomen after the 2014 Isla Vista killings, to #BeenRapedNeverReported, which started in Toronto during the Jian Ghomeshi trial.

#MeToo as a response to the Weinstein scandal, which comes on the heels of sexual violence allegations against other high-profile men including Louis C.K. and Bill Cosby, feels like a culmination of all the conversations we’ve been having online – and shouting as we march in the streets – for years.

So are we finally ready to confront rape culture and make meaningful change? And is the end of gender-based sexual harassment, assault and rape possible? When NOW spoke to a dozen local residents, activists and frontline workers, reactions were mixed. Some believe we’ve made great strides since the magnitude of the Ghomeshi trial made sexual violence and consent dinner table conversation. Others aren’t as hopeful – sure, we’re talking about it more openly, but women are still harassed and abused, and there aren’t new policies or laws to protect us.

Natalie and Sarah (not their real names) have seen a shift in how sexual violence is handled since they dropped the now-infamous “shitlist.” In 2015, they left a sheet of paper in the women’s washroom of the Danforth Music Hall during an L7 concert. On it were the names of alleged rapists and abusers known to women in creative and hospitality industries. By the next morning, not only had more names been added, but the list had gone viral on social media.

“I remember being very scared the morning after, but also happy and thrilled there was a response,” Sarah recalls. “I don’t have regret. It facilitated a dialogue, one that’s been happening all over the country, and made it easier to have the conversation we’re having now.”

While neither are big on hashtag activism, they support survivors who feel empowered through posting their experiences online. But for meaningful change to happen on a societal and legislative level, deeper issues need to be tackled first.

“We have to address colonialism and how we treat land. It’s a connected issue,” Sarah explains. “Things will not change until we address the disproportionate amount of violence Black, racialized and especially Indigenous women face. It’s not just about women who have access to their voices being heard.” 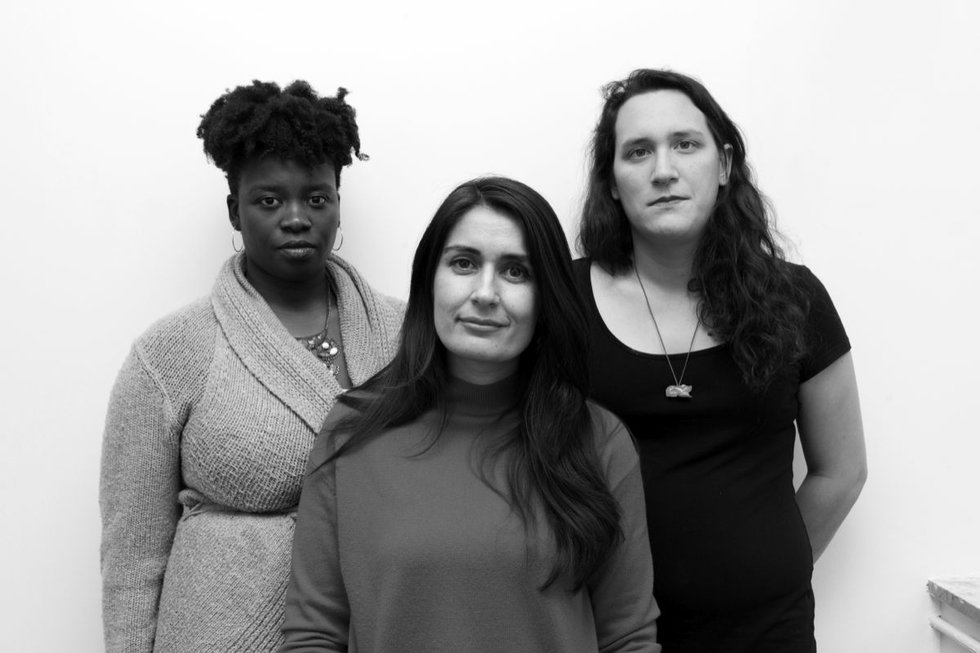 LEAVING INTERSECTIONALITY OUT OF THE CONVERSATION

While the internet is a great equalizer, one of the criticisms of #MeToo and the visibility of Weinstein abuse survivors has been its prioritizing of white cis-women voices.

Marginalized groups including queer and trans women as well as non-binary folks are too often left out of the dialogue. Until that changes, we can’t expect to make meaningful change that benefits everyone.

Since #MeToo resurfaced, Khan says the office has seen a 50 per cent increase in requests. The beginning of the school year is already typically busy, with the influx of new students and the high occurrence of assaults during frosh week activities. But for many survivors of sexual violence, seeing #MeToo can be extremely triggering.

“You’re seeing all these folks coming forward, sharing these experiences and the feeling that violence is still happening and nothing is changing can also feel debilitating,” she says.

“While it can be very inspiring and empowering to name your experience and not to be silent any more, at the same time, it’s hard to have to use our experiences to teach people all the time,” says counsellor Deb Singh. “What would it look like if men came forward and talked about how they have contributed to a culture of violence and rape in their communities?”

As a survivor of assault, rape and intimate partner violence, Singh plans to attend the #MeToo March, a rally against rape culture and misogyny at Queen’s Park on December 2. The event was originally planned for November, but organizers needed more time to make it more inclusive and accessible.

“The march is a practical, concrete thing and not just a hashtag,” Singh explains, adding that there will be reps from TRCC/MWAR present. So far around a thousand people have indicated they’re attending on Facebook, while another 6,000 are “interested.”

While citizens have organized around ending violence against women for years, some believe these efforts are misguided.

Journalist Antonia Zerbisias, who started #BeenRapedNeverReported with Montreal journalist Sue Montgomery in 2014, is as tired of hashtag activism related to sexual violence as she is sick of talking about rape culture.

“Women of a certain age think it’s all about rape. It isn’t. There are a lot more things going on than they care about,” says the 66-year-old. “If I hear one more thing about a sexual assault centre needed on campus, I mean, come on, little snowflake, pull up your big-girl panties!”

Instead, Zerbisias argues young feminists should refocus efforts on women and children in poverty, explaining that empowering women financially by providing subsidized daycare would fix a lot of problems. Gender-based sexual violence, she says, would automatically decrease.

“A lot of this bullshit would go away because men would not feel they can take advantage of their position in power to intimidate women with their dicks. It’s very simple,” Zerbisias says.

Despite having started a hashtag that went viral, Zerbisias doesn’t consider what she did remarkable. She thinks women need to log off and take to the streets.

Yamikani Msosa, who works alongside Khan at Ryerson, disagrees. While some people feel empowered at rallies, many survivors find sharing experiences online validating.

“We need to be mindful of what we deem as valuable activism,” she says. “Folks who say it’s ‘lazy slacktivism’ are coming from an ableist place. Not everyone can be on the front lines holding space. Not everyone has that privilege.”

WHAT MEN SHOULD DO

Social media also helps shed light on issues some might easily ignore. For anyone who logged onto social media in October, it was hard not to see at least one – if not dozens of friends – post #MeToo. As a result, there have been countless media stories.

“Another name for hashtag activism is just dialogue, right?” asks Steph Guthrie. “Things are progressing slowly and partly as a result of this dialogue.”

Guthrie, the co-founder of Women in Toronto Politics, gained attention in 2014 as one of several women who was involved in criminal harassment charges against Gregory Alan Elliott over his activity on Twitter. The trial dragged on for two years before he was acquitted.

Guthrie doesn’t use her Twitter account any more. She believes social media platforms should not only have greater responsibility when it comes to protecting users, but must seriously reflect on how they profit off people’s pain.

“When we create content like #-MeToo on these platforms, we’re contributing our labour to these companies’ bottom line,” she says.

Guthrie is the social impact producer for A Better Man, a documentary that premiered at the 2017 Hot Docs Festival by Attiya Khan in which she confronts a former abuser.

“Attiya got to hear her ex-partner express regret, shame and take responsibility, but we know that’s an experience not many women get,” says Guthrie. So, on October 26, Guthrie helped launch #ItWasMe, a free, online companion piece in which six men trying to move forward from their past as abusers share their stories.

Guthrie crowd-sourced insights and questions from survivors online, and the men were selected from an anti-violence therapy group. While they planned to release the video later this year, Guthrie saw #MeToo as an opportunity to add to the conversation.

“The film is not supposed to be a ‘how to,’” she cautions. “What it’s supposed to do is give people some concrete stories that can serve as jumping off points for reflections about what it actually means [for a man] to take responsibility.”

Projects like the White Ribbon Campaign and Wolf Pack run by Next Gen Men work on anti-violence and to deconstruct and redefine masculinity. Guthrie says men can form their own consciousness-raising groups, talk to friends and call out violent language.

“Small group discussions in living rooms and kitchens still play a huge part, but social media is another space where we can have those conversations,” she says. “Coalition-building across different pieces of the social justice movement is key. On some levels, social media can help with coalition building, but I don’t think it’ll ever replace the other ways we do our activism. It’s just one more tool.”

More from our #WhatNow cover package:

The Weinstein Effect: another watershed moment for rape culture or do we really give a fuck?