Historians agree that the term "concentration camp" is not a Nazi invention, but whatever words we want to use to describe U.S. immigration centres, children are suffering and dying 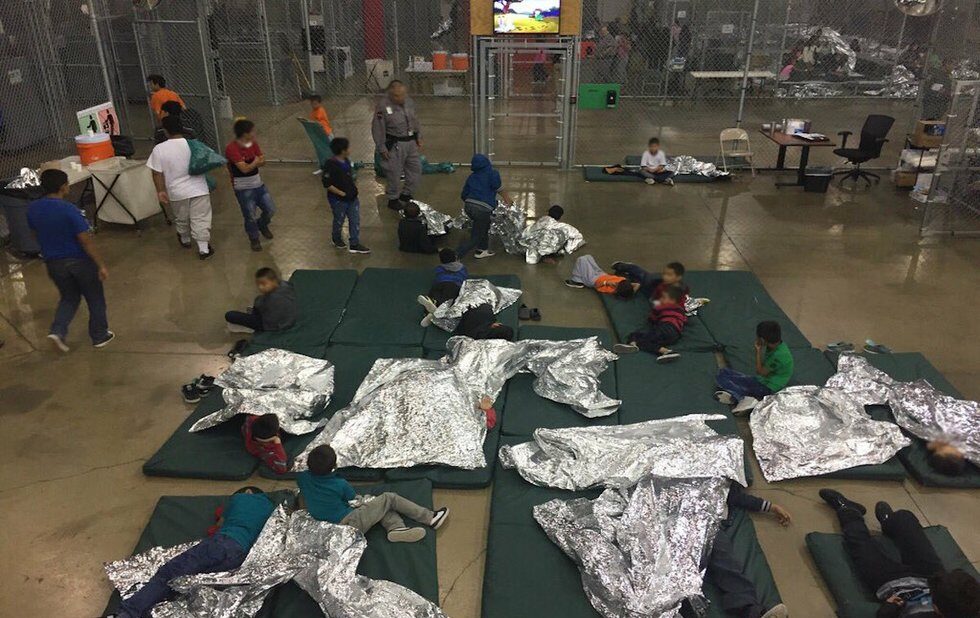 On June 18, U.S. member of Congress Alexandria Ocasio-Cortez, aka AOC, stunned the world when she called the Trump administration’s border detention centres for migrants concentration camps.

“This administration has established concentration camps on the southern border of the United States for immigrants, where they are being brutalized with dehumanizing conditions and dying,” she tweeted. “This is not hyperbole. It is the conclusion of expert analysis.”

The Trump administration has upped its efforts against illegal immigration despite the public outcry last year over children being separated from their families. There are some 200 detention facilities for migrants in the U.S. operated by private contractors and local and state governments. According to several reports, 24 people have died in the detention centres in recent months, six of them children. Widespread physical abuses of detainees is also being reported.

Silky Shah, executive director of the U.S.-based Detention Watch Network, a national coalition founded in 1997 to combat the growth of immigration detention centers in the U.S., calls the centres “dangerous places where lives are at risk and people are dying.”

Erica Guevera-Rosas, Amnesty International’s Americas director, has described the centres where rudimentary cages are overflowing with migrants, as “spectacularly cruel” and “nothing short of torture.” A recent investigation of the U.S. Inspector general of four facilities found unsanitary conditions in bathrooms, detainees fed expired food and the lack of medical care and personal hygiene items. The report also noted inappropriate segregation practices, including detainees kept in restraints when let outside their cells.

Yet, the reaction of many to AOC’s comments, including Republicans, AOC’s fellow Democrats, Jewish leaders and even some historians, was swift and brutal. How dare she compare the detention of asylum seekers, they said, to Jews in Auschwitz and other camps during the Holocaust? In fact, she drew a distinction between concentration camps and death camps.

I am the child of a Holocaust survivor. The Jews of my father’s entire village in eastern Poland were gassed to death – not in a concentration camp but in a death camp called Treblinka.

The Nazis ran a number of concentration camps, as well as death camps, during the Second World War in Germany and across Europe. They were brutal, horrible places where many thousands died from forced labour, disease and malnutrition. Many were simply shot.

But the term “concentration camp” was not a Nazi invention. Nor does the Jewish community own the term.

One of the first usages of the term can be traced to the Boer War fought between the British and the South African Afrikaners from 1899-1903. “Concentration camps,” as the British referred to them, were established to forcibly detain individuals en masse.

During roughly the same period in the Caribbean, the Spanish rounded up civilians and created similar camps to halt the spread of guerilla warfare amongst the local populations. Many inmates of these camps were women and children of whom thousands died for lack of care and malnutrition.

Right here in Canada, Japanese-Canadians suspected of being subversives were forcibly rounded up and put into what were euphemistically called “internment” camps. More than 8,500 were held in these camps during the First World War and 22,000 during the Second World War Two.

And while their conditions were more humane than the Spanish and Nazi versions, they were by historical definitions concentration camps. So, why the battle over words? It’s a shameful attempt by Republicans to take the focus off the horrible conditions under which children are dying for lack of care.

But what of those in my own Jewish community who have voiced rapier-like criticism? Even the Holocaust museum in Jerusalem, Yad Vashem, has taken AOC to task for what they see as a misappropriation of the term.

Jewish historian Anna Lind-Guzik calls that decision “tragic.” She argues in this article that it isn’t just accurate to call detention centres concentration camps – it’s necessary. “While the Holocaust is unique in its scale and implementation, the perpetrators and motivations are not,” she writes.

“It’s tragic that Yad Vashem, an institution I’ve venerated and visited has opted to chasten a young woman for calling out crimes against humanity that mirror what Jews endured less than a century ago, at the same time that it embraces visitors like Victor Orban, the anti-Semitic ethno-nationalist Hungarian prime minister.”

Yad Vashem was not alone in its criticism of AOC. The Anti-Defamation League and the Simon Wiesenthal Centre have also joined the chorus of condemnation. Even Democratic presidential candidate Bernie Sanders refused to defend AOC.

Critics have interpreted AOC’s use of the term “concentration camp” as an attempt to inject Nazi imagery into the asylum seeker debate. But what I hear is a cry to humankind to ensure that what happened to European Jewry in the Nazi kingdom of death never happens to anyone ever again. How best to ensure this demand if not to intervene at the earliest possible moment? Is that not what AOC has done?

It should be inconceivable to us all that the world’s most important democracy would intern innocent civilians under conditions that are cruel and inhuman. Whatever words we want to use to describe them – prisons, internment or concentration camps – children are suffering and dying.

Bernie M. Farber is the Chair of the Canadian Anti-Hate Network.