Trump got caught like Nixon, and like Nixon what has pissed some really important people off is that Trump expects to be treated like a king 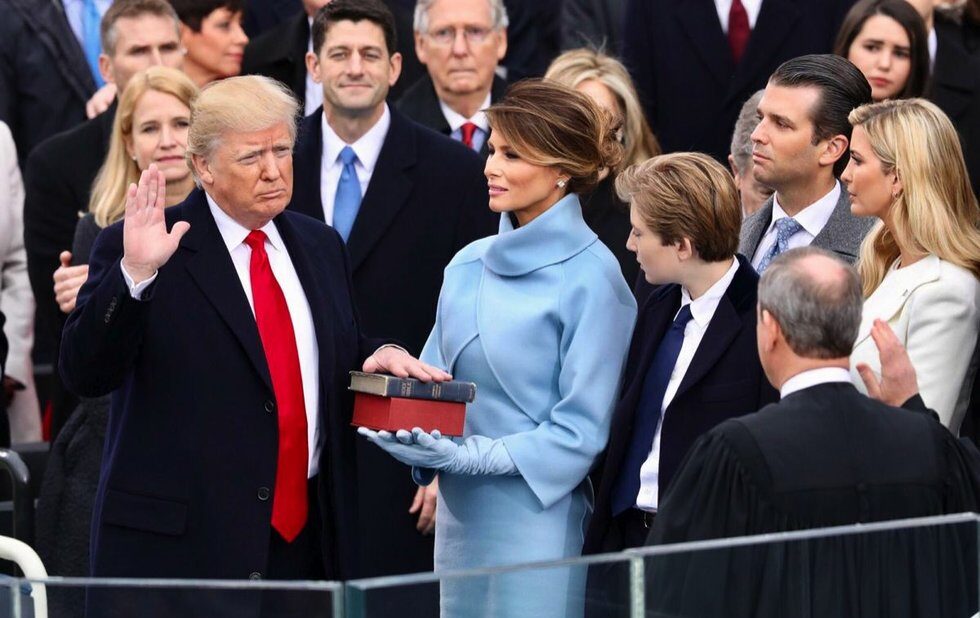 Generally, a “trial” in the United States (as we, the general public, are accustomed to think about these matters) would ultimately be governed by jurisprudence – under the U.S. Criminal Code for criminal matters and the Federal Rules of Civil Procedure for civil suits. The U.S. Department of Justice’s mission statement directs it “To enforce the law and defend the interests of the United States according to the law to ensure public safety against threats foreign and domestic to provide federal leadership in preventing and controlling crime to seek just punishment for those guilty of unlawful behaviour, and to ensure fair and impartial administration of justice for all Americans.”

Based upon the expectation of fair and equal justice for all, the public expects a judiciary process to unfold something like any other: an individual is charged with a violation evidence in the form of documents, data and testimony are presented and tested and finally, an adjudicator (judge or jury) finds the defendant guilty or not based upon the testing of the evidence.

The most crucial part of the process is the evidence, whether it will be tested and how. The worst thing an accused can do is to tamper with, block or destroy evidence. Now, back to Trump’s impeachment.

In place of laws, statutes and rules of jurisprudence insert the Presidential Oath of Office.

In place of prosecutors (the Department of Justice) insert the U.S. House of Representatives, which has effectively indicted Trump and proclaimed that it is in possession of sufficient evidence to prove that Trump has (1) not faithfully executed the Office of the Presidency of the United States and/or (2) has failed to “preserve, protect and defend the Constitution of the United States.”

In place of a jury insert the U.S. Senate, whose members have interestingly been sworn to oaths of impartiality at the start of the Senate impeachment trial by U.S. Supreme Court Chief Justice John Roberts.

Except, significant members of the Republican party have already publicly expressed that they are not impartial. Moreover, Senate Majority Leader Mitch McConnell has admitted to coordinating efforts between the Senate and the White House to fight Trump’s impeachment. Imagine the judge and the defence working together in a trial.

During the House of Representatives’ various impeachment hearings, the Trump White House – and Trump personally – consistently blocked evidence and testimony. This has been done in spite of the fact that the House of Representatives is constitutionally empowered to investigate the impeachment charges and to subpoena and request documents and testimony related to its investigation. In real-time and in full daylight, the public has seen this obstruction of the House’s impeachment investigation by the White House. This is a clear violation of the Presidential Oath to protect and defend the Constitution.

The House’s case rests upon the manner in which Trump tried to shake down the Ukrainian government: by threatening to withhold military aid authorized by Congress unless the Ukrainian government announced an investigation into Democratic presidential candidate Joe Biden in order to bolster Trump’s own chances for re-election in 2020. The House has chosen to proceed on something that violates the first part of the Presidential Oath, which is essentially that Trump has abused his presidential power.

Like Nixon, Trump got caught. And like Nixon, what has pissed some really important people off is Trump acting like a king, which makes a trip on the Wayback Machine invaluable.

There, you can access the House of Representatives’ document from 1974: Congressional Grounds For Presidential Impeachment. This should have particular significance to Canadians, whose Common Law jurisprudence is, like the U.S., derived from English law.

In the document, Alexander Hamilton, one of the framers of the Constitution, is quoted saying that Great Britain had served as “the model from which [impeachment] has been borrowed.” And that, Britain’s parliament “developed the impeachment process as a means to exercise some measure of control over the power of the King.”

I am pessimistic that Republican members of the Senate will rise above the murky and mucky depths they have allowed themselves to be dragged into – even in the face of overwhelming evidence that Trump violated the law by withholding aid to Ukraine.

Alan Dershowitz, a member of Trump’s legal team and a legendary defence attorney, is on record as saying that abuse of power is an impeachable offence. But he is currently fronting a legal position that abuse of power is not an impeachable offence. It’s a gambit that some political observers say clearly acknowledges that there was an abuse of power by Trump. Other political observers have opined that it is merely a preemptive legal strike on the other side’s strongest position.

Hopefully, the public will see through the political subterfuge and legal gambits, which do nothing but make a mockery of the machinery of justice and democracy.

The last word on the Trump impeachment must go to William Davie of North Carolina who during the U.S. Constitutional debate in 1787 commented on the need to include the Articles of Impeachment in the Constitution. “If he be not impeachable whilst in office, he will spare no efforts or means whatever to get himself re-elected.” Davie’s words are proving to be prescient.