When it comes to the escalating war of words between the U.S. and China over the pandemic wreaking havoc on the world, the cover-up cuts both ways 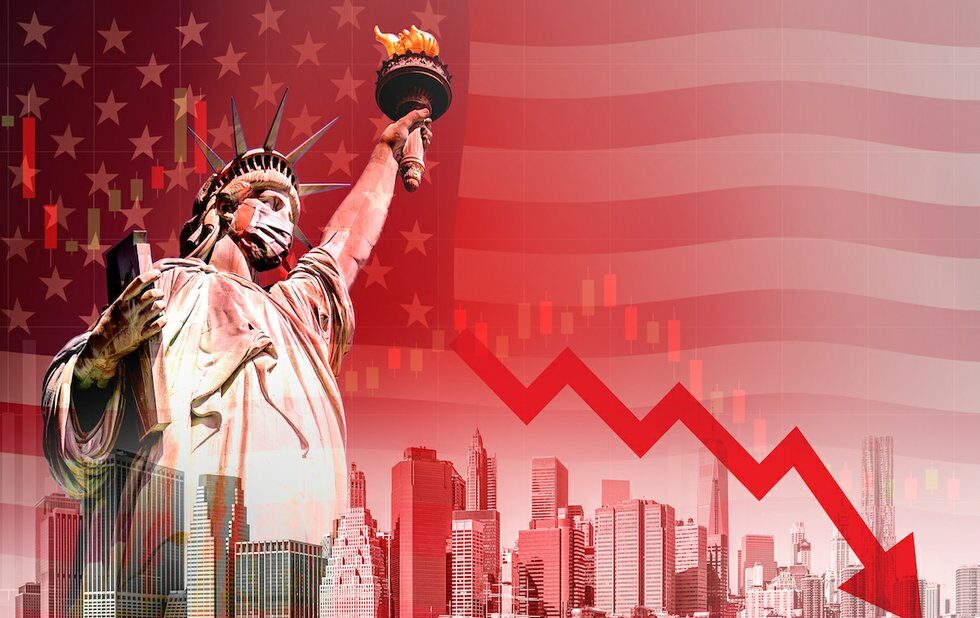 The pandemic, which has already devastated stock markets, seems destined to escalate the trade war between the U.S. and China.

The Pentagon released footage last week of what is being described as “unexplained aerial phenomena.”

The three videos, taken by U.S. Navy pilots of separate encounters with “unidentified” flying objects in 2004 and 2015, were released “to clear up any misconceptions,” said the Department of Defense in a statement. Apparently, the videos have been floating around the internet since at least 2017.

What’re next, spiders from Mars?

The news was released on the same day that the U.S. topped one million confirmed cases of the novel coronavirus. You had to know it was only a matter of time, given the mess Donald Trump is making of the planet, that E.T. was gonna make an appearance. Maybe they’re here to save us from ourselves. What else? Who else?

If the pandemic doesn’t get us, extraterrestrials surely will make a good foil for Trump to distract from this pandemic mess. Americans could us a diversion.

As the death toll from the coronavirus climbs to more than 68,000 in the U.S., it’s getting harder for the administration to answer questions about how it could have botched its handling of the pandemic so badly.

More evidence has surfaced that the Trump administration knew it was coming – the first case in the U.S. was tallied on the same day as South Korea – but continued to ignore advice from its own intelligence community as far back as January.

Over the weekend, Trump’s Secretary of State Mike Pompeo claimed in an interview with ABC that there is “enormous evidence” that the outbreak originated in a lab in Wuhan (not at a market, as widely reported). After dropping that bomb, Pompeo went further to say that “experts seem to think it was man-made.”

Pompeo did not offer any proof. In fact, he also said during the interview that he has no reason not to believe the Office of the Director of National Intelligence, which released a statement April 30 to say the virus did not originate in a lab, nor was it man-made.

It’s a little hard to know what to believe coming from this administration. That’s part of the way they handle their messaging. Pompeo’s comments could easily be dismissed as fodder for Trump’s conspiracy-loving supporters who believe the pandemic is a plot to destabilize the U.S. Or it could be explained away by the fact the Trump administration has been at war with the U.S. intelligence community almost from the get-go (see Russian interference in the 2016 election and the Trump’s impeachment.)

The irony is that, as Trump blames China for concealing the potential threat of the coronavirus, his administration has been busy covering up its own mishandling of the pandemic.

There are now more than 1.2 million confirmed cases in the U.S. and the Centers for Disease Control and Prevention predicts that by this time next month, 3,000 Americans per day could be dying from the virus. The Institute for Health Metrics and Evaluation estimates that the virus could claim the lives of 135,000 Americans by August.

Contrary to its China claims, the Trump administration deliberately chose to downplay the threat posed by the coronavirus. Part of the reason for that is that Trump didn’t want to spook the stock market – or his re-election chances. The Pentagon warned the White House in 2017 that a coronavirus was coming and that there would be a shortage of ventilators, masks and hospital beds. Instead of taking the threat seriously, the Trump administration pulled $200 million from its pandemic preparedness program to help scientists in China and other countries respond to the threat of a virus. (The government has since re-established the fund.)

In many ways, says Rob Goodman, a professor of U.S. politics at Ryerson University, the response of the U.S. administration to the virus mirrors China’s: both were negligent in containing the initial outbreak and both tried to suppress evidence of the virus when it became clear they should have been more vigilant about containing its spread in the first place.

The danger is that the Trump administration’s ramped-up rhetoric will reach the point of no return. Goodman points out that the U.S. has had “a number of near misses” on the diplomatic front with North Korea and Iran over nuclear weapons, for example. In both cases, a potential catastrophe was averted.

But with China, there seems no de-escalation in sight. Trump is already threatening to extract a “substantial” price from China for the pandemic. “Trump continues to play with fire,” says Goodman.

The danger now is that the war of words will escalate the trade war between the two countries – not to mention the chances of military confrontation – as the pandemic wreaks havoc on the world economy and with it, Trump’s re-election chances.