Doug Ford has finally worn us out with his COVID lyin’ 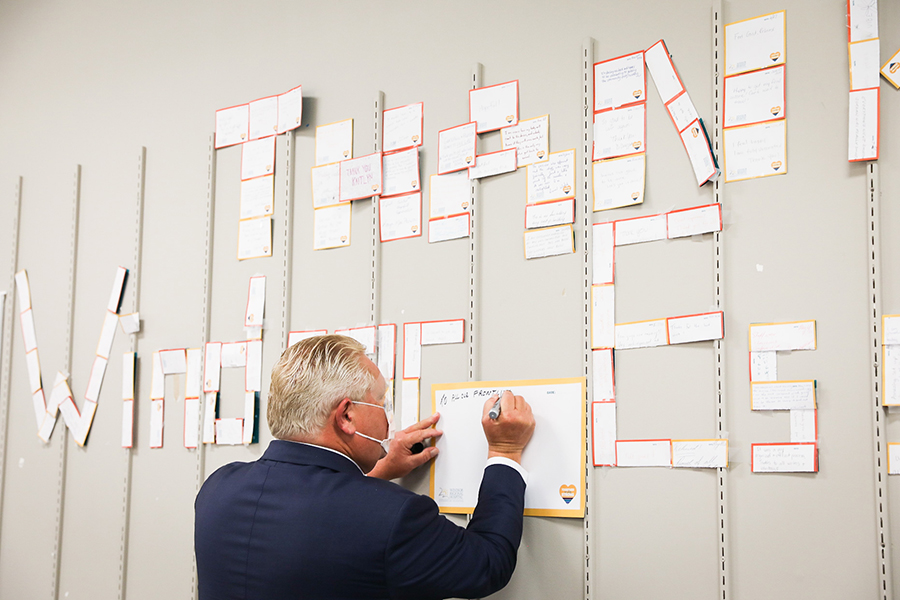 The Ontario government is finalizing plans to lift COVID restrictions later this week.

If they’re anything like past attempts by the Ford government to navigate the pandemic from hell, we can expect another hot mess of COVID contradictions.

It’s becoming tiresome to say at this point. But 18 months into the pandemic, it seems to be the point of the Ford government’s COVID response to wear us down into submission with conflicting messaging. Ontarians have been pulled in different directions on COVID for so long that most don’t seem to care anymore.

At least, the latest poll from Leger seems to suggest that Ford is in line to win another election six months from now, ahead of the decimated Libs and well ahead of the opposition NDP, despite the mess he’s made on COVID.

Okay… we give up. Do what you want. We just want this scourge to be over already.

On Friday, the premier was playing his familiar game of doublespeak at a press conference to announce the launch of Ontario’s proof of vaccine app.

Ontarians will be able to use the app to verify their vaccination status to attend large sporting events, but not restaurants, bars and gyms and other “non-essential” businesses – which are still under COVID capacity restrictions.

The premier assures that his heart “bleeds” for small businesses. He’s a small businessman himself, or so he keeps saying. But we’ve heard it all before.

It’s a similar act of deflection on mandatory vaccines for health-care workers.

Ford claimed during his press conference on Friday that requiring vaccines of health-care workers would take “tens of thousands” of them out of a system that’s already short-staffed.

Well, if the Ford government hadn’t squeezed wages in the first place, we wouldn’t be seeing an exodus from the field. But that’s another story.

Vaccines are already set to be mandatory for staff in long-term care homes. And several hospitals have already enacted mandatory vaccine policies for staff and visitors on their own.

Both the Registered Nurses Association of Ontario (RNAO) and the Ontario Hospital Association (OHA) support a province-wide mandatory vaccination policy for health-care workers.

The RNAO says the rules on whether to require health-care staff to get vaccinated should not be left up to hospital employers, considering the risk posed by Delta and Lambda variants of the virus to both patients and staff.

The reasons for Ford’s reticence is not clear beyond a play for votes. The current course is only inviting disarray.

It’s been suggested, for example, that leaving hospitals to make the decision on mandatory vaccines could open them up to labour law challenges. An edict from the government, on the other, would require a Charter challenge in court, which is not likely to succeed according to most legal opinion.

Contrary to Ford’s suggestion of staff shortages, the OHA says the system risks shortages without requiring a vaccine of its staff.

“At this important juncture, with the Science Table predicting a wide range for case projections this fall and winter… We cannot afford to wait several weeks or months and risk a potential migration of workers from one area of the health-care system due to inconsistent approaches,” the OHA says in an October 1 statement.

The province has stated that careful consideration will be given to the lifting of restrictions later this week. Ontario’s chief medical officer of health described the current situation as a fine balancing act.

Indeed, the government could wait until children between 5 and 11 start receiving their vaccines to hold off on easing restrictions.

But for Ford, dealing with the coronavirus has always been a numbers game. And as long as hospital and ICU admissions are seemingly manageable, the need to take preventative action over political expediency has been put off.

We’ve seen how that approach has led to emergency measures and avoidable lockdowns before.

But at this point, people are seemingly too tired for Ford’s distractions – at least, until the next emergency.