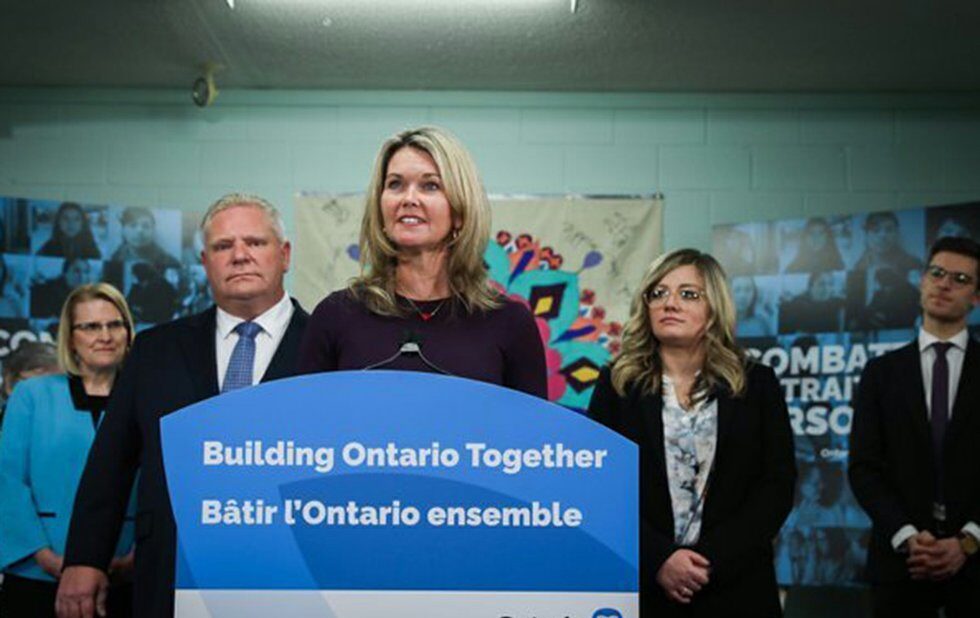 According to a statement released by Dunlop’s office, “This funding will go to support the important work that they are doing for victims and survivors of sexual assault and human trafficking with trauma-informed care.”

The announcement came a week after the Ministry of the Attorney General confirmed its plan to end $1 million in one-time funding to sexual assault centres that helped alleviate growing waiting times for supportive counselling in Ontario (from 18 to six months at the Toronto Rape Crisis Centre).

Nicole Pietsch, Coordinator of the Ontario Coalition of Rape Crisis Centres (OCRCC), says the organization is receiving the government’s most recent announcement “with some trepidation.”

“While we share the priorities identified, such as preventing human trafficking and supporting sexually exploited survivors of violence, this funding comes with unknown parameters,” she says.

Ontario sexual assault centres currently support survivors of sexual violence and exploitation through human trafficking. Some centres have designated resources for work with trafficked survivors, although many centres have accomplished this without the benefit of designated funding. This is why Pietsch says OCRCC is waiting for more information from the province regarding the allocation of these funds and the constraints associated with them.

The $2 million will enhance supports for one group of sexual assault survivors, but Pietsch says that “it remains our goal that no survivor should ever have to wait for sexual assault centre services in Ontario.”

The province’s earlier elimination of the one-time funding, for example, paid for additional counselling staff. That meant the termination of programs and additional staff at centres in Kingston, Timmins, the Kawarthas, Halton Region, Muskoka and Parry Sound.

Statistics Canada released its crime statistics in July, which showed sexual assault in Ontario rose from 8,782 in 2017 to 10,634 in 2018 – a 19 per cent jump. The actual numbers are likely significantly higher. According to Canadian research, only 29 out of every 1,000 sexual assault cases reported to police are actually recorded as a crime.

The lack of access to the legal system for sexual assault survivors is exacerbated by the lack of community-based supports. But it’s just not funding to rape crisis centres that have been cut by the Ford government.

In 2019, for example, the Ontario government announced changes to the Victim Quick Response Program+ and the winding down of the Criminal Injuries Compensation Board.

The CICB recognized the pain and suffering experienced by victims of sexual crimes, including childhood sexual abuse survivors, and provided compensation that could be used towards counselling. In September 2019, CICB came to an end, eliminating one more support available to survivors of sexual violence and increasing demands on community-based sexual assault centres.

Says Pietsch: “We are well aware that sexual violence takes a significant economic and human toll on everything from our economy to our criminal justice sector, to our health care system, to the safety of those in our communities.”