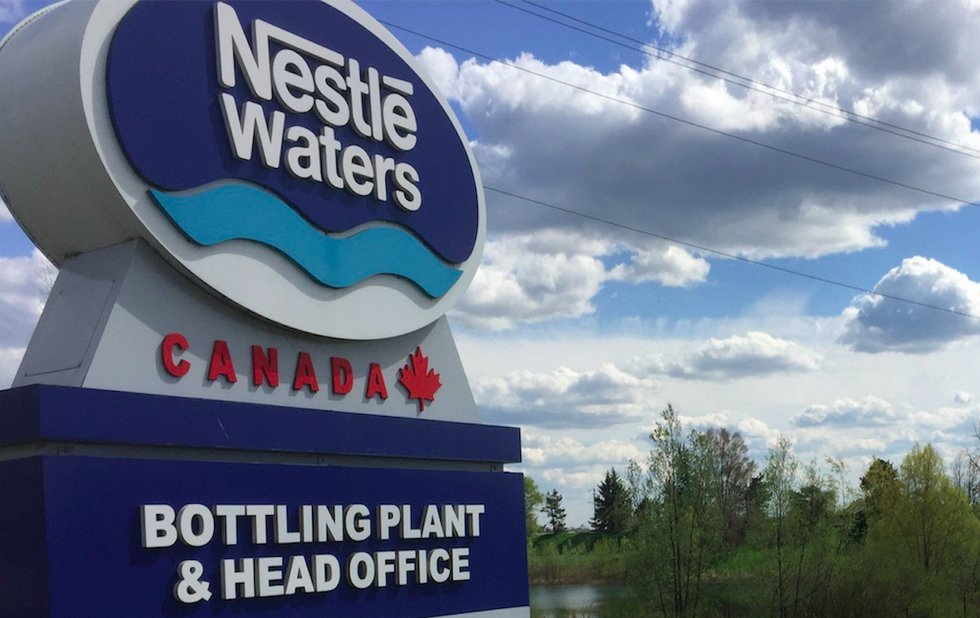 As the climate crisis worsens, why would any government allow a multinational corporation like Nestlé to take precious water?

Premier Doug Ford’s government has announced that the provincial moratorium on new permits to bottle water may expire on January 1, 2020, opening the tap for multinationals like Nestlé.

This decision directly conflicts with the two-thirds of Ontario residents who support phasing out all permits to take water for bottling.

Already, Nestlé Waters Canada has permission to extract 4.7 million litres of water a day at wells in Hillsburgh and Aberfoyle in Wellington County. The company has applied to renew those permits, while it extracts water without the consent of Six Nations, on whose territory it operates, and despite public opposition from several Indigenous organizations.

Nestlé also has a licence to produce more than 3 billion, 500-millilitre plastic bottles every year, at least half of which wind up in landfill or litter in the county. For the second year in a row, Greenpeace recently reported that Nestlé and Tim Hortons are the top companies behind branded plastic bottles, coffee cups, lids and other plastic waste collected in shoreline cleanups across Canada.

At the corporate level, Nestlé’s record of questionable behaviour where it bottles water at 100 plants around the world illustrates why the Council of Canadians’ Maude Barlow calls the multinational a “water predator.”

In Florida, Nestlé wants to extract water from Ginnie Springs, part of the Santa Fe River, even though the local water authority deems the water system “in recovery” from over-pumping.

Speakers from these communities will take part in All Eyes On Nestlé, a series of four public meetings in Waterloo, Toronto, Hamilton and Guelph from November 11 to 14. The Toronto event is on Tuesday, November 12 at New College’s Wilson Hall Lounge (40 Willcocks).

Given its track record, Ontario cannot afford to be “open for business” when it comes to Nestlé.

In the fall of 2016, Nestlé outbid the small municipality of Centre Wellington for a well the community needs for future growth. Nestlé then tried to deflect public outrage by proposing a public/private partnership with the municipality to “share” the water.

Several months later, Nestlé offered the Town of Erin a “voluntary levy” on the water they extract from the Hillsburgh well. That was after the Liberal government of the day increased the administrative fee on water taking for bottling from $3.71 per million litres to $503.71. The amount of the “voluntary levy” Nestle proposed was precisely equal to the amount the government levied. Nestle has a well-established record of making modest donations to cash strapped communities to curry local favour while pocketing tens of millions in annual profits.

The Ontario government’s online process for public consultations typically only values input of a technical nature. Other concerns related to bottled water operations, like plastic pollution, microplastics in water and issues around privatization, are set aside as being “out of scope.” There is no face-to-face interaction between members of the public and either the public service or political decision-makers. The process denies the public the right to be heard.

At a minimum, the Ford government should extend the moratorium on new permits, put renewal of Nestlé’s existing permits on hold, and conduct a full environmental assessment of Nestlé’s operations in Wellington County.

More than that, the government should order a comprehensive public review of the entire bottled water industry in Ontario.

Water must remain a public trust.