Can Ontario Place be saved from Doug Ford?

Ontario Place will not be rescued by nostalgia – if the provincial government's desire for a casino is to be snuffed out, options that were rejected in the past might deserve re-examination 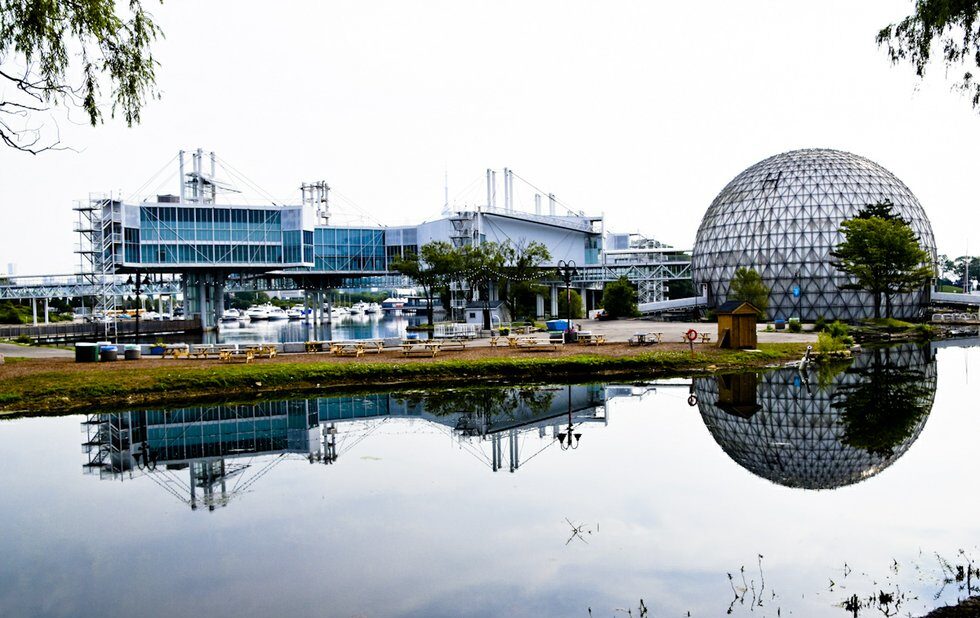 When Ontario Place opened in 1971 as this province’s counterpoint to Expo 67, it seemed like something built by extraterrestrials.

Architect Eb Zeidler’s pods, bridges and Cinesphere soared over landscape architect Michael Hough’s complex of artificial islands to create a dazzling example of the merger of nature and technology that cultural historian Leo Marx characterized as “the machine in the garden.”

Canada was young in 1971. Crowded schools were overflowing into new colleges and universities, and the face of the nation was changing. It was the year Canada became officially multicultural. The already complicated notion of what it is to be Canadian was becoming much more interesting. Licence plates told us Ontario is “Yours to Discover.” Ontario Place helped us do that, in visions of this province’s the present possible future.

In today’s more cynical political climate we have the vision of Jim Ginou, Premier Doug Ford’s recently appointed chair of Ontario Place: “It’s disgraceful. Everything is in complete disrepair, there is nothing that can be saved. Because it has to be rebuilt, it can be rebuilt in any way that Ford wants it to be rebuilt.”

Speculation is Ford wants to turn Ontario Place into a casino. That might require conjuring some legal tricks, but while there are barriers to that kind of abuse, as set out in the province’s Statement of Cultural Heritage Value, none of them is insurmountable. We know that in all things Premier Ford is determined to have his way and on cue Friday (January 18) the Ministry of Tourism, Culture & Sport, provincial guardian of Ontario Place, replaced the Statement of Cultural Heritage Value (Here’s an archived link to the original statement) with its proposal for “creating a new world-class destination on Toronto’s waterfront at the Ontario Place site… with potential landmarks such as sports and entertainment attractions, and retail.” (See Doug Ford’s Hex On Heritage below).

So, if we are still enchanted by Ontario Place, how are we going to save it? 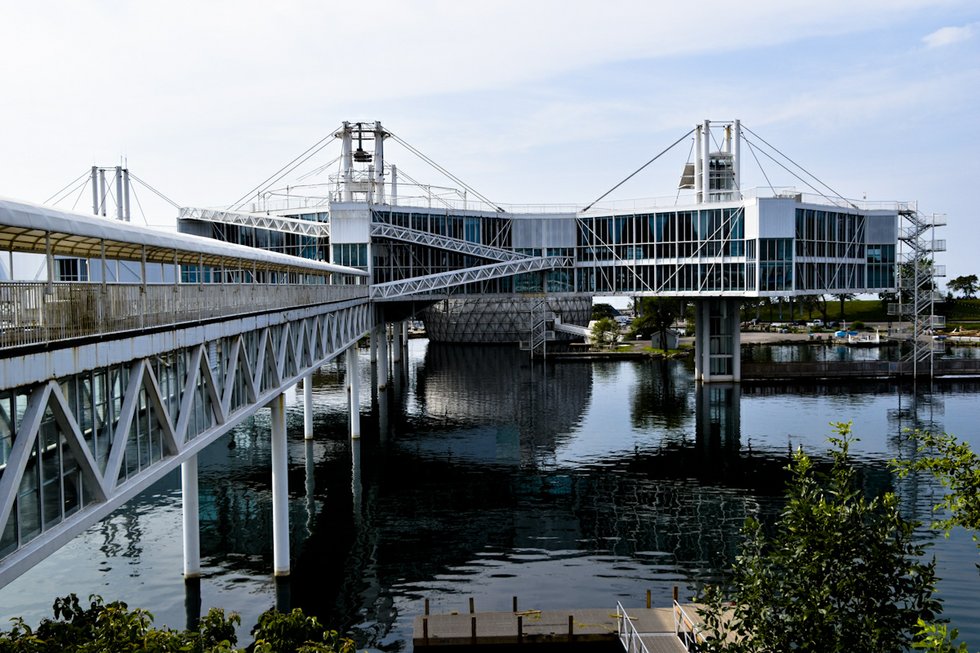 That was the question put by Park People and Waterfront for All to the overflow crowd that gathered at Metro Hall Saturday, January 12, at a Rally Round Ontario Place.

Planner Ken Greenberg led the charge. Great cities, he says, tell us that planning, architecture, parks, accessibility have economic value. They attract businesses, workers, innovators and their families and encourage them to stay. They raise property values and attract tourists. Beware of “big bang” proposals, Greenberg cautions, that create “world-class” attractions that are bound to fail.

Greenberg described the Toronto that might have been if Lieutenant Governor John Graves Simcoe’s promise of “walks and gardens” along the waterfront of what was then the city of York had been honoured. Instead we have a city cut off from the lake by rail tracks, the Gardiner Expressway and a waterfront fragmented by development.

Toronto can never be another Chicago with a continuous greenbelt between city and lake but that does not mean Toronto cannot have a combined park of connected recreational spaces along the water’s edge. We already do at Sugar Beach, Harbourfront, Coronation Park and beneath the Gardiner with the Bentway, Greenberg’s inversion of the New York High Line at Fort York.

This year the Garrison Link bridge will connect Fort York to Stanley Park and beyond to Trinity Bellwoods Park. Greenberg envisions the Bentway extending east to CityPlace and Spadina, and west beneath Strachan into Exhibition Place, where seven enclosed cubicle bays of the Gardiner beg conversion into creative spaces for artists, makers and children.

When the Bentway’s Spadina–Exhibition Place section is complete there will be a car-free, pedestrian and biking trail from Rogers Centre to Ontario Place where it will connect to the Martin Goodman Trail, east to the Beaches and west to the Humber River and Mimico. 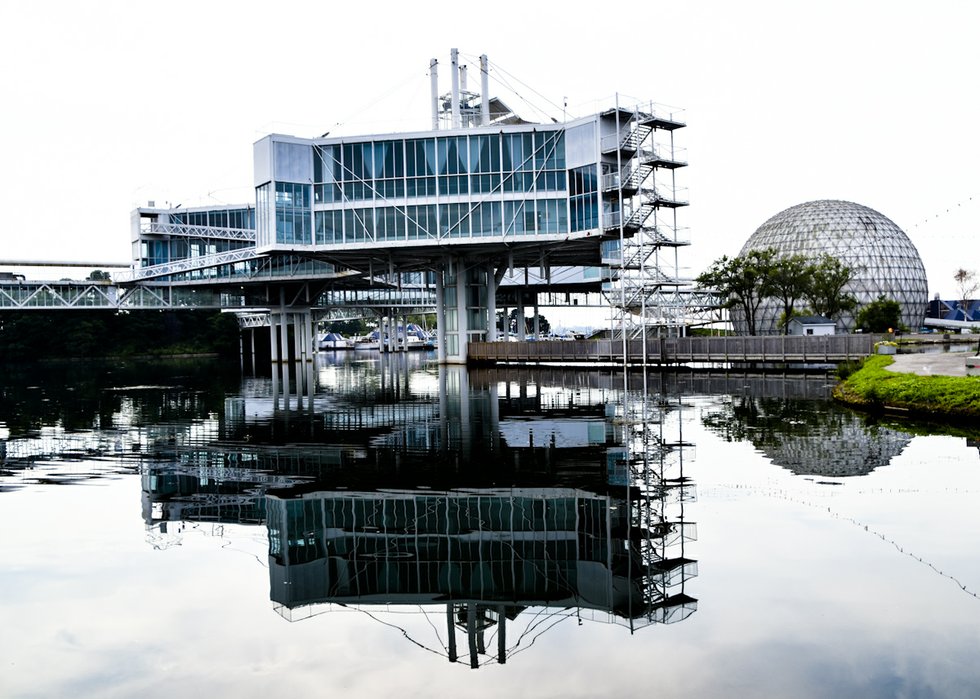 That’s the plan. But today Ontario Place still feels remote – and, until recently, abandoned –since it was closed in 2012 after annual attendance fell to 300,000 from a high of 2.5 million in its early. Rumours of its demise, however, are exaggerated. Ontario Place is rousing from its slumber.

To the east Trillium Park, with its bent tree and moccasin way markers and William G. Davis Trail, was completed in 2017. A bleak swath of parking lot has been transformed into beaches, rolling grass, thickets of trees, climbing rocks and a fully accessible walking, biking and skiing trail that pours into the heart of Ontario Place with spectacular views of the lake.

It’s the perfect backyard for the thousand of Torontonians who live in the tiny apartments and condos within walking distance. In 2018, Trillium Park won the international Architizer A+ Popular Choice Award for Landscape Design. If he’s given the go-ahead (and funding), Walter Kehm of LANDinc, creators of Trillium Park, will make more magic west of Ontario Place, on beaches and islands that extend to the Humber River.

Trillium Park has brought new life to Ontario Place. The Cinesphere has been renovated. Re-launching with North of Superior, it’s showing IMAX movies again along with big features. And until March 19, Ontario Place will be hosting a Winter Light exhibition of art and sculpture with skating (on melt-resistant polymer) and bonfires. 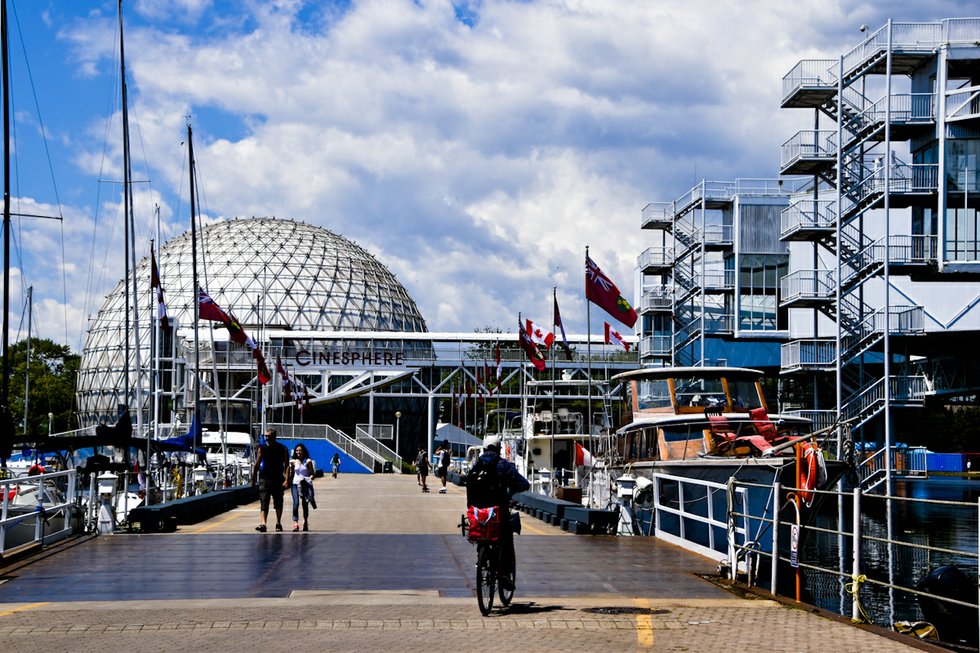 Ontario Place, however, will need more than a revived Cinesphere and public spaces to make it viable year-round.

In 2012, the year Ontario Place closed and before he was mayor, John Tory was asked by then premier Dalton McGuinty to offer his vision for the park. Tory proposed turning Ontario Place into “a new public backyard,” an “urban waterfront community… a live, work, play space” with housing on the West Island, retail, an educational attraction similar to the Ontario Science Centre (another Canadian centennial project) and venues that “amuse and delight.” He also proposed reviving the beloved Forum that was buried in 1995 under the Molson Amphitheatre that’s now the Budweiser Stage. But there would be no casino.

Tory’s plan was widely derided, mainly for recommending condos – an idea nixed by McGuinty’s successor Kathleen Wynne – and for what it would cost to provide TTC service if Ontario Place was occupied year-round.

Ontario Place Corporation responded in 2017 with a request for “an anchor partner that will help realize the province’s vision for the West Island of Ontario Place as a vibrant hub for culture, discovery and innovation.” Since the election of the Ford government, that’s all up in the air.

At the Rally Round Ontario Place proposals were offered in abundance.

Environmental lawyer Mark Mattson of Waterfront for All and Lake Ontario Waterkeeper would turn Ontario Place into Toronto’s best swimming hole. His model is the Gord Edgar Downie Pier in Kingston, a repurposed coal pier where people are free to jump, flip, swim, connect and enjoy themselves in Lake Ontario.

There were calls for all kinds of attractions: more festivals (including Piknic Electronique), an open-air theatre, a nature focus, a family-friendly sauna (definition of family not provided) and turning the pods into artists’ residences or hydroponic vegetable gardens (grow ops?). Others suggested making it a space for First Nations, allowing people to live there in houseboats or an anchored cruise ship.

There would be room for many ideas like this if Ontario Place became a centre of science, culture, nature and entertainment with people living as well as working in it, but individually they seem unlikely to turn the park into a self-sustaining money-maker. 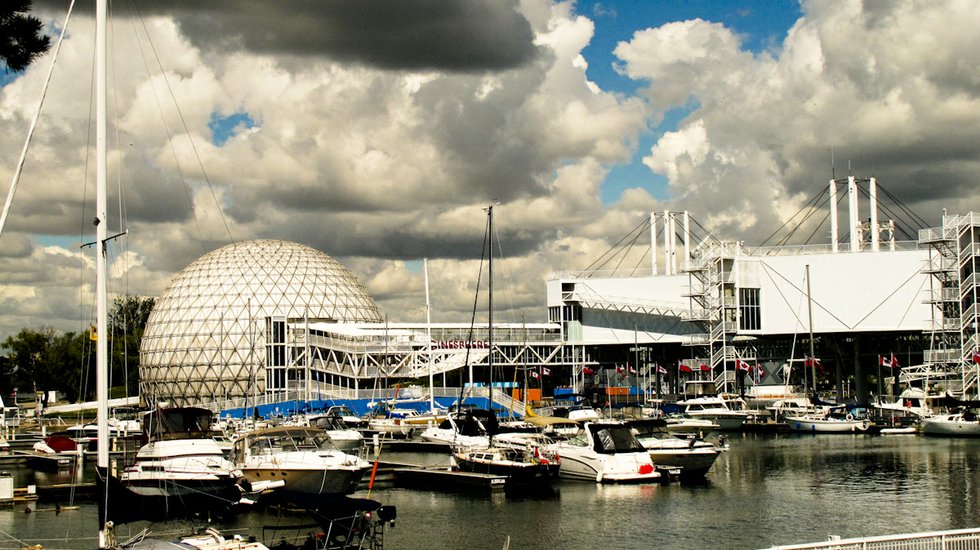 Mentioned only by Greenberg is the reality that revitalization of Ontario Place needs to be matched by a re-imagining of Exhibition Place that is empty most days of the year. It’s a long, dreary walk over a desert of parking lots from the Exhibition GO Station and streetcar loop to the bridge that crosses Lakeshore Boulevard to Ontario Place.

These must be the most conspicuous and valuable pieces of under-used land in Canada. How to bring them back to life in ways that will take into account their heritage value and not ruin them? Can that happen under Ontario’s new political regime? It seems unlikely.

If the provincial government’s desire for a casino at Ontario Place is to be snuffed out, options that were rejected in the past might deserve re-examination (that would please Mayor Tory) and the new options that are practical as well as imaginative will have to be invented and evaluated.

Ontario Place will not be saved by nostalgia or by insisting that this “machine in the garden” must be nothing other than a park. Revitalizing Ontario Place in ways that will keep its structure and landscape essentially intact is going to be expensive which means it has to be worth investing in and self-sustaining. That is going to require imagination.

None of that will be as easy as demolishing Ontario Place and building a casino on its grave. An enlightened provincial government would remember the stunning success of the process that gave Toronto its new City Hall and call an international design competition – so long as we remember that, Ontario Place is ours to re-discover. 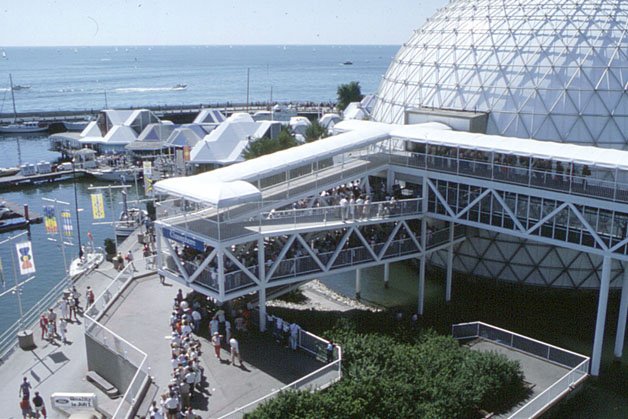 The Ontario Place Statement of Cultural Heritage Value deleted from the provincial government’s website last week praises Ontario Place as “a rare and intact Modernist expression of integrated architecture, engineering and landscape… [and] a remarkable and ambitious achievement of late 20th-century architecture [that] holds an enduring influence in Toronto, the province and internationally.”

• “A world-class year-round destination… with potential landmarks such as sports and entertainment attractions and retail.”

• It notes Ontario Place’s proximity to Toronto City Airport, which “brings certain height and other restrictions while also presenting a unique opportunity to be close to a busy transportation hub.”

WHAT’S FOR SALE? EVERYTHING ORIGINAL.

• Areas available for development include: the Ontario Place islands, mainland, pods and Cinesphere.

• The government’s vision document states that “Proposals for redevelopment of lands around the Budweiser Stage will not be considered as it is subject to an existing lease.”

• ”Submissions that propose the use of any part of [international award-winning] Trillium Park will be required to develop new park land of an equivalent size at the site.”

SOME GOOD NEWS AND BAD

• “Residential uses will not be considered.”