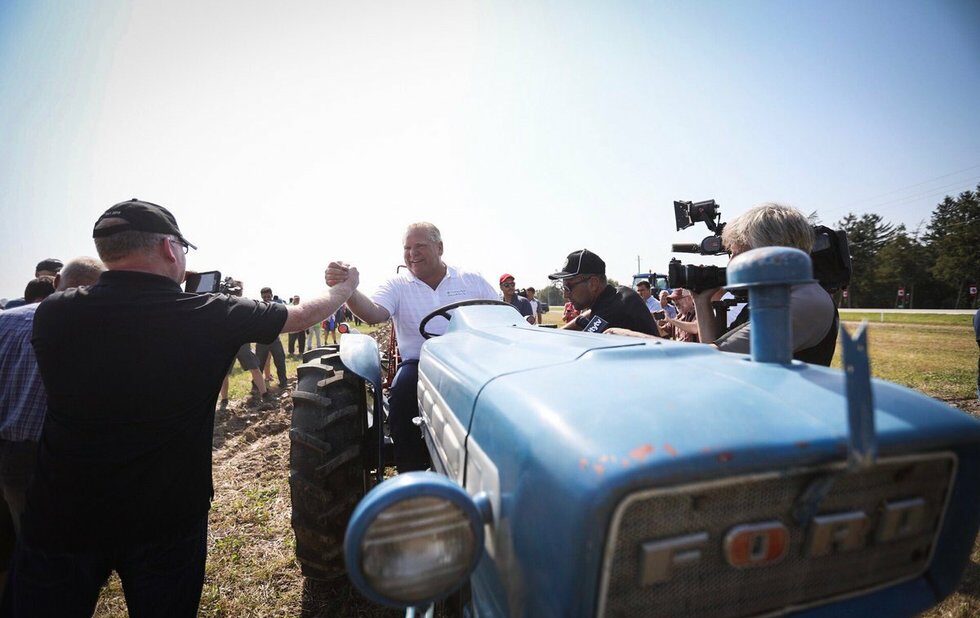 Doug Ford doesn’t like to lose. He plays politics like it’s football, which is to say he prefers to ram the proverbial ball down his opponents’ throat.

So when the premier announced on Monday that his government would be maintaining cost-sharing agreements with Ontario municipalities for 2019 for ambulance, public health and child-care services, it was viewed by most political observers as a major retreat.

Not quite. It’s more a reprieve. The province still wants municipalities to find “efficiencies” and has given them until next year to do so.

As the premier pointed out in his formal statement, slaying the (inflated) $15 billion deficit is still the government’s number one priority. And a slew of other cuts to education, health care, library services, you name it, will continue apace.

What let to the Ford reversal? It’s the burning question on everyone’s lips.

No doubt the government is feeling the mounting public pressure, which culminated in door-knocking campaigns targeting Toronto-area MPPs this past weekend, over its slash and burn policies. MPPs in the PCs’ rural base have also been reeling from the fallout.

And then there are those public opinion polls – half a dozen in recent weeks – showing Ford’s popularity numbers tumbling into oblivion.

Ford may be finding out that running a province is far more complicated than running the family label business he inherited from dear ol’ dad, but above all else Ford wants to be popular. And if delaying a few cuts will help stanch the bleeding for now, then it’s a small price to pay.

It’s just like the old days all over again when no one in Con circles would touch him (or his late brother Rob) with a 10-foot pole.

We shouldn’t delude ourselves. Ford remains very committed to cutting the crap out of services and privatizing everything else. While Mayor John Tory and members of council applauded news of the financial reprieve that was threatening to blow a $200 million hole in the city’s budget, finance minister Vic Fedeli was announcing another ill-advised move that will cost taxpayers a cool billion bucks and hundreds of jobs: a plan to tear up a 10-year agreement with the Beer Store to allow beer and wine to be sold in convenience stores across the province.

But Ford’s capitulation may be the first sign that the populist wave he rode into office on may already be on the wane.

Seems nuts to say until you remember there’s a federal election on the horizon and how much that factored into Ford’s decision to back off.

The road to victory for the Cons goes right through Ontario. And Ford’s plummeting popularity numbers aren’t helping his buddy Andrew Scheer.

Which is why Jason Kenney, the recently elected Alberta premier, has been the one bolstering support for Scheer in Ontario. Kenney has been spending a fair bit of time in these parts, including two visits to Toronto this month, one of those to meet with Tory and deliver a speech at the C.D. Howe Institute. On Sunday, May 26, Kenney was in Brampton North in the crucial multi-ethnic 905 belt pumping Arpan Khanna’s candidacy for the federal Conservatives, even while wildfires burned in Alberta.

Ford, meanwhile, finds himself sidelined, gone from being the conservative movement’s de facto leader after his election a year ago to political pariah. It’s just like the old days when no one in Con circles would touch him (or his late brother Rob) with a 10-foot pole.

Ford was arguably living on borrowed time from the moment he stole the PC leadership.

And now it seems Ontario has had its populist moment and has had enough, with more than one poll showing even Conservative voters turning against Ford in large numbers.

In a report released earlier this month, titled Don’t Blame “The People”: The Rise Of Elite-led Populism In Canada, the Toronto-based Samara Centre for Democracy argues that the so-called populist wave in Canada has been exaggerated, and that populism is more a style of doing politics than it is a reflection of anger in society at large. The report argues that while populism reflects the conflict between “the people” and “elites,” it’s often “used and abused” by authoritarian leaders to win power. That would explain Donald Trump and Brexit.

Samara highlights a few numbers from its survey of 4,054 people to make the point that Canadians have not turned radically against institutions.

Among the report’s key findings:

Canadians may feel alienated from politics, but the level of cynicism and frustration with our democratic institutions is nowhere near what it was in the 90s. Samara’s survey found that only 40 per cent of Canadians believe the will of the majority should always prevail, even over the rights of minorities, which suggests a more nuanced position than populist politicians would have us believe.

Samara’s analysis of the parliamentary record shows that politicians are complaining more than ever about “elites.”

The report concludes “with a federal election coming, we should evolve the conversation on populism, and challenge those leaders who use the language of populist outsiders to manipulate.”