The question is, who's going to stop him? 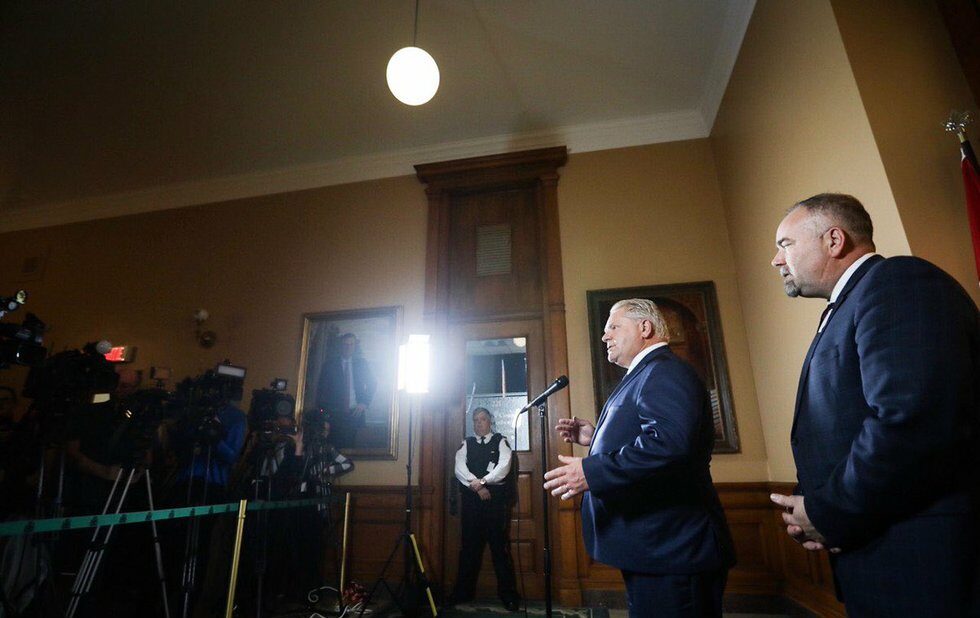 Back when Toronto police were flying their fixed-winged Cessna to keep tabs on his little brother, Mayor Rob Ford, during the now-infamous crack video scandal, Doug Ford publicly challenged police chief Bill Blair to arrest his brother or shut the fuck up.

Doug could dare to be mouthy. While police higher-ups were keen to dig up dirt on Rob, ostensibly to force him out of office, the Fords had the force’s rank-and-file on their side to run interference.

Out in the Fords’ Etobicoke backyard where the investigation was focused, old family friend Superintendent Ron Taverner was in charge at 23 Division and could be counted on to make sure that little brother Rob got home safe and sound when he was too hammered to drive.

Last week, Taverner was rewarded for his loyalty when Ford appointed him commissioner of the Ontario Provincial Police. The decision raised eyebrows – and ethical questions – and not just because others within OPP ranks who are better qualified were passed over for the job.

Ford’s PCs are still at the centre of investigations by York Regional and Hamilton police over voter fraud allegations that date back to nomination battles during Patrick Brown’s time as PC leader. And the OPP will most likely be the force responsible for any subsequent investigation should the York and Hamilton police determine that the actions of any current members of the government need to be probed further.

Questions of political interference hang in the air over Taverner’s appointment. And on Tuesday they got louder, with revelations that requirements of the OPP job were mysteriously downgraded to clear the way for Taverner. Doug ran from that one when reporters caught up with him at Queen’s Park yesterday, denying he had anything to do with Taverner’s hiring. He changed his story later saying there was no legal requirement for him to recuse himself from the hiring process. He’s wrong.

When he was first seeking elected office to Toronto city council in 2010, Doug loved to throw around the c-word, as in corruption – and as in all the wrongdoing that was allegedly running like gravy through the corridors of power at city hall. It has remained a staple of Ford’s political repertoire to throw as much shit as possible at the wall to see how much sticks. And its served him well.

Then he became a Toronto city councillor and instead of fighting all that alleged corruption, Ford used his political office to advance his personal agenda and the interests of the Ford family labelling business. Conflict would be the other c-word in Ford’s political tale – as in “conflict of interest.” The trend has continued as premier. Taverner is just one of a number of recent appointments by Ford of close friends to key positions that’s quickly turning Queen’s Park into the Ford Family Compact.

Recently it was also revealed that Ford wants to replace former Hydro One CEO Mayo Schmidt, the so-called  “Six-Million-Dollar Man,” with his own million-dollar man.

Ford reportedly wants to make Toronto Hydro boss Anthony Haines, who faced questions about his million-dollar salary in 2017, head of Ontario Hydro. But the Hydro board wants no part of that and has hired a lawyer to stop the move. That would be the same board that replaced the board that resigned en masse after Ford forced Schmidt out the door shortly after the election over his $1.7 million raise.

That ill-advised move cost taxpayers some $10 million in retirement pay for Schmidt and touched off a crisis of confidence at the public utility, which caused its credit rating to be downgraded. On Wednesday, there was more financial fallout when Washington state regulators rejected Hydro One’s $6.7 billion takeover bid of U.S. utility Avista citing Ford’s political interference in Schmidt’s firing. Shocking.

There have been questions, too, about the cost to taxpayers of other behind-the-scenes personnel moves by Ford. Like, for example, the half-mil to remove Brown’s former chief of staff, Alykhan Velshi, from his position as a VP at Ontario Power Generation. OPG, coincidentally, just sold off the 16-hectare Hearn Generating Station site on Toronto’s  waterfront for a song to a company controlled by PC fundraiser (and Ford’s development buddy) Mario Cortellucci.

Velshi’s dismissal, meanwhile, was reportedly by order of the Premier’s right-hand man and former campaign manager Dean French, another Ford pal from Etobicoke who has been earning a bad reputation for himself as a political enforcer for DoFo.

According to a recent Star report, it was French who instructed underlings “to direct police to raid outlaw cannabis shops [and] to get video of ‘people in handcuffs’” the day after legalization came into force, to spin some good PR for his boss. The Star says that “one staffer who questioned the directive was subsequently fired.”

It’s French who has seen to the building of a cult of personality around Ford, kicking ass and taking names of anyone who steps out of line – up to and including keeping tabs (and calling out onto the carpet) those in the PC caucus who don’t jump up to their feet and clap enthusiastically at the Supreme Leader’s every utterance in the Legislature. And we wonder why Doug thinks he can do pretty much anything he wants and get away with it.

There is no PC party anymore. There is only brand Ford. And that’s clearly already gone to the head of the premier who ordained at his swearing in that his would be the first government in Ontario “for the people.” He’s been running roughshod over his political enemies (real and perceived) ever since, starting with his interference in Toronto’s elections by cutting council in half. For Ford, politics is personal. The government’s cancellation of a new hospital and post-secondary school in Brampton, for example, has been widely viewed as payback by Ford against his predecessor Brown, who now serves as Brampton mayor.

With each new revelation of Ford’s power tripping, there have been questions from the opposition benches and media – and stony silence from government ministers, most notably Ford’s former PC leadership rivals Caroline Mulroney and Christine Elliott.

Fissures are beginning to show in caucus discipline. Amanda Simard has quit to sit as an independent over the Ford government’s plan to axe the office of the French language services commissioner. More may follow.

As many as half a dozen PC MPPs may be planning to bolt and join the Liberals, according to the Star. That’s why Ford raised the minimum seats required for official party status from eight members to 12 – the Libs currently have seven elected MPPs – or so the speculation goes. There are more than a few former Brown acolytes in Ford’s caucus who may be wavering.

It’s difficult to believe that it’s unravelling so quickly for Ford. But the leaks about Ford’s outrageous behaviour are coming fast and furious and they’re coming from inside his own government.

We saw a similar trajectory when Rob was mayor and Doug was calling the shots behind the scenes as the so-called “brains of the operation.”

It took a year into Rob’s similarly scandal-plagued tenure as mayor before the wheels started coming off and Rob became a lame duck leader, no good to anybody. Doug is on his way. His bad behaviour and decisions are not only bringing the workings of government into disrepute, they’re costing taxpayers a bundle. That shit-eating grin he’s been walking around with since election day has turned into a sneer. Doug is looking a little nervous. And now he has declared war on the Queen’s Park “media party,” so it’s only bound to get uglier. Question is, who’s going to stop him? 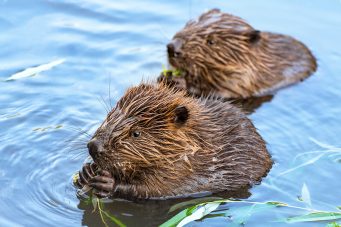 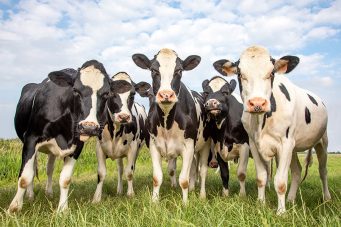