It’s extremely unlikely that Ford has spent any time studying the sex ed curriculum or its alternatives, but if liberals and academics support it, there has to be a problem 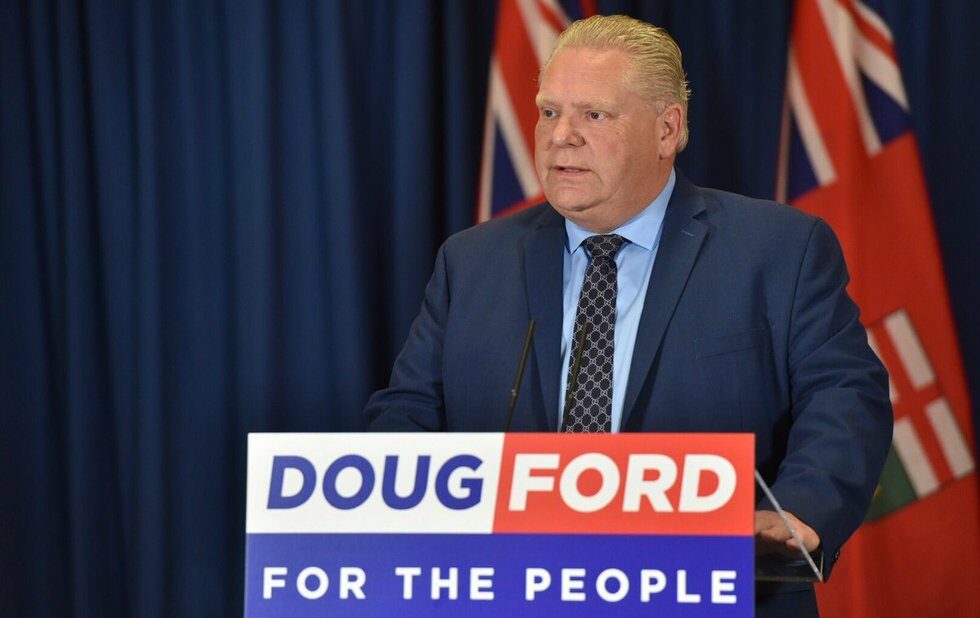 The arguments around Ontario’s sex-education curriculum have been made countless times, and it’s increasingly clear that most of its loudest critics haven’t actually read the document.

Opponents of the 2015 curriculum, which has now been taught to countless students with few complaints, rushed to Doug Ford’s side when he declared during the provincial election that he would repeal the course. And they now expect and demand results.

Thus the Ford government announced very quickly that schools would return to a curriculum that was more than 20 years old, much to the delight of social conservatives. But it then promptly announced that some changes would be allowed and is now in a process of political obfuscation.

But it’s actually unclear why this has continued to be such an important issues for the PCs, in that most people who voted for Ford are far more concerned about saving money than about teaching sex-ed.

Senior cabinet ministers such as Christine Elliott and Caroline Mulroney have publicly supported the new curriculum. Many others in government are indifferent, and very few want it reversed. Even among Ford’s inner circle of advisors there is ambiguity.

I worked at Sun News Network between 2012 and 2015, and several influential senior people from that conservative network worked on Ford’s election campaign. Charles McVety, perhaps the most vociferous opponent of the curriculum, was effectively banned from Sun News for being too extreme and even a caricature. Yet he was highly visible during Ford’s campaign, and an invited guest at the first leaders’ debate. So what’s going on?

We know why the Christian right is opposed. First, at heart, they are convinced that it is parents and not schools who should teach their children about sex, even if those parents will never actually do so.

Second, while they will deny this publicly, they are opposed to any acceptance of homosexuality as being normal and decided at birth, and consider LGBTQ relationships to be sinful.

Third, they regard public education as an organ of the state, and increasingly view that state as an enemy of their faith and their freedom.

Fourth, they regard sex as a means for procreation, and not pleasurable or even meaningful in itself. They are convinced that if children are taught about sex and consent, they will become sexually active or even promiscuous, and because in their theology, sex may only take place within marriage, this terrifies them.

It is precisely these people, organized and energized by the likes of McVety and former leadership candidate Tanya Granic Allen, who gave Ford enough votes to defeat the socially liberal Elliott.

He owes them, and knows how harsh and unforgiving they can be if they feel they’ve been betrayed. They are monitoring every statement from Queen’s Park, and if Ford does not deliver, they will turn on him just as they did with Patrick Brown.

But Ford doesn’t have to worry about potential votes for several years. And unlike Kathleen Wynne – a committed and active member of the United Church – Ford is not religious.

Those who know him speak of someone who, while not fully comfortable in the gay community and viscerally conservative on many social issues, is largely ambivalent when it comes to moral and sexual politics.

When, for example, his daughter Krista made the roster for the Toronto Triumph, the city’s first official Lingerie Football League team, some religious conservatives were aghast. Ford, however, seemed proud. He’s more an anachronistic pragmatist than an ideologue when it comes to social and moral conservatism, as was his brother Rob.

Political payback aside, his provocative stance on sex-ed has something to do with filial loyalty, in that Ford’s father, Doug Sr., was very much a man of his generation and far more socially conservative. He was also restricted to the backbenches of the Mike Harris administration. Doug may well see his vocation as fulfilling his father’s policies as well as ambitions.

Ford also regards himself as a contrarian, and in a Trump-like manner views the “elites,” which includes teachers, experts and progressives, as conspiring against him and treating him with contempt. And indeed there is something to that. This is personal, and from the gut. In fact, it’s extremely unlikely that Ford has spent any time studying the curriculum or its alternatives, but if liberals and academics support it, there has to be a problem.

He’s also incredibly stubborn and regards the sex-ed battle as a test of his strength of character and leadership. A reversal of the 2015 curriculum will be a triumph of his will – something he takes very seriously – and also a defeat for the red Tories in his cabinet, whom he keeps close, not because he agrees with them but because he wants to control them.

How tragic – and how typical – that a dangerous and even disastrous abandoning of a modern sex-ed curriculum has little at all to do with what it contains.