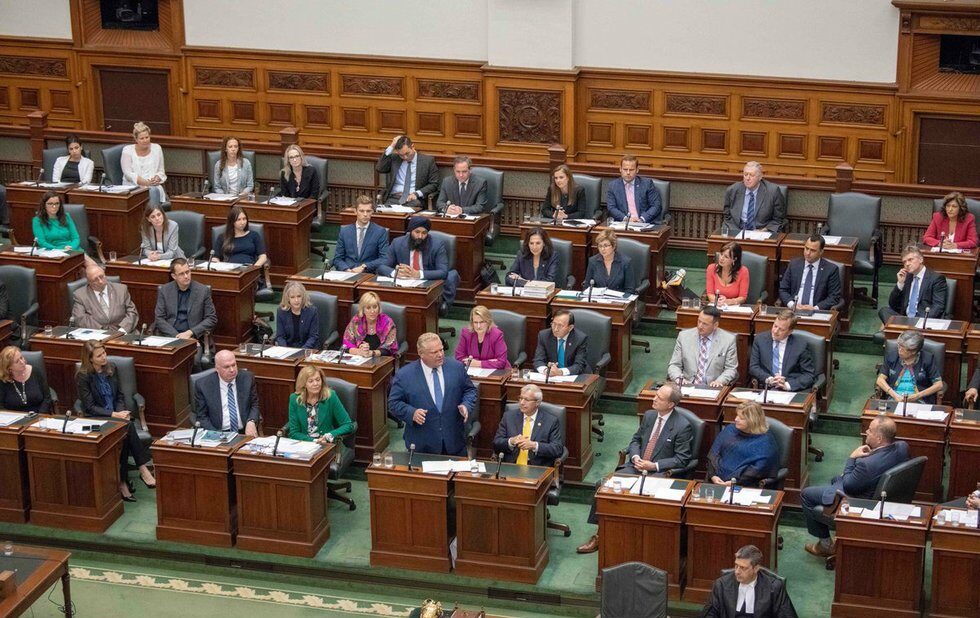 If we want to end sexual violence, we need to end the culture of fear and silence that too many organizations, institutions and — even more alarmingly —  a premier, permit.

You might have heard the thud when Premier Doug Ford ducked a question in the Ontario Legislature recently. He was asked by Liberal MPP Nathalie Des Rosiers about his office’s handling of an incident of workplace sexual assault I had brought to his attention. I reached out to him last year about a very bad experience I’d had some years ago when I worked at the Ontario Securities Commission (OSC). It’s a classic case of how not to treat someone who has been sexually assaulted.

But instead of taking responsibility for the question, Ford punted it to Lisa MacLeod, the minister of children, community and social services. MacLeod offered platitudes about “the advancement and equality of women” and told the Legislature she wanted “to ensure we have some resolution to this today.” But two weeks later, nothing has happened. There has also been no explanation offered for why the premier’s office turned over my correspondence to him about my assault to the OSC.

It’s a hard enough road for survivors of sexual assault to find healing without having to go up against the most powerful man in the province. With his act of silence, the premier spoke volumes – he demonstrated how little he understands about the traumatic effects of sexual violence. It can last years. He also showed he doesn’t understand the leadership role he needs to play in addressing this social cancer in our workplaces, on our campuses and in our communities.

As an advocate for victims of sexual violence, I worry how many other women will also be ignored by this premier because he just doesn’t get it.

Here’s an idea, Mr. Premier: hire an expert in sexual violence who understands the importance of a victim-centred approach to workplace harassment. This person can help your administration get up to speed on #MeToo realities and ensure that women who reach out to your government are treated in a respectful manner.

Each time a target of sexual violence is not believed, or is disrespected, or is betrayed by an institution or a person in a position of trust, it is like being assaulted again. For some, it can be be fatal.

Fear of what might happen is what causes most women to never report incidents of sexual misconduct. They dread a result that will leave them worse off than if they had remained silent. They fear an outcome like the one I got.

Kathleen Finlay is founder of The ZeroNow Campaign to combat sexual violence.