Doug Ford’s loopy plans to take over the TTC

There's another reason for Doug Ford’s enthusiasm to squash council’s influence – namely, his plot for the province to take control of public transit in Toronto 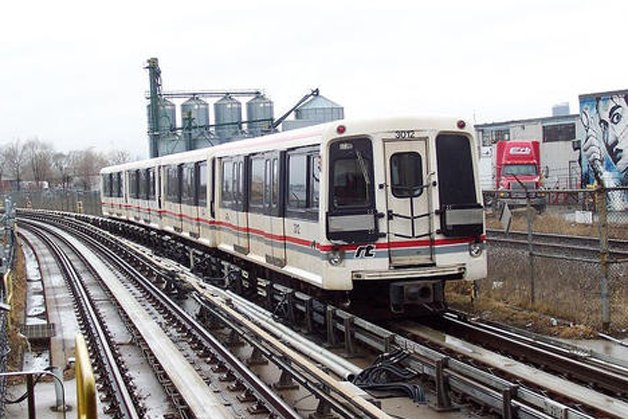 Council has voted to replace the Scarborough RT with a subway extension.

Council voted Wednesday to replace the Scarborough RT with a subway extension.

Doug Ford says he intends to slash the size of Toronto city council in half in the name of “efficiencies.”

But there’s another reason for Ford’s enthusiasm to squash council’s influence: his plot to take over public transit in Toronto.

And like his shock and awe to reshape Toronto’s political system, Ford’s transit plans will mean less democratic control of the TTC, a public service that millions of people depend on every day.

Weeks before the provincial election, city council voted 30-6 to keep the TTC publicly owned, operated and maintained. The vote was in response to the Amalgamated Transit Union’s Keep Transit Public campaign, which was launched over concerns of “years of creeping privatization by the province and Metrolinx.”

Ford, on the other hand, campaigned on a plan to break up the TTC and have the province take control of subways. He also campaigned on building subways in Scarborough.

Let’s forget for a moment that the estimated cost for the single-stop subway in Scarborough championed by Ford when he was a city councillor (and when his brother Rob was mayor of Toronto) is based on only five per cent of its design (the 30 per cent design cost won’t be released until 2019). Never mind that taxpayers are already paying a surcharge on their property tax bill for the cost to switch to a one-stop Scarborough subway from the original plan to build a seven-stop LRT.

Ford isn’t just talking about one subway stop anymore. He’s promising to “close the Sheppard loop” and build a three-stop Scarborough subway, and even a subway to Pickering.

Whatever the premier’s fantasy map, new projects will need to go through a design and assessment process. Ford’s whims would cost untold billions and are years away, if they get built at all.

It’s clear that the new government is less focused on building rapid transit where residents need it the most, than it is on fundamentally changing how our public transit system is governed.

Ford’s rationale for absorbing the TTC is that the provincial government can make dollars stretch further through its ability to amortize expensive assets, a power the city lacks. This plan, however, isn’t likely to deliver the funding the TTC needs.

As transit expert Steve Munro has pointed out, it’s not clear which level of government will be responsible for paying to operate subway lines under Ford’s plan. Contrary to popular belief, the subway system doesn’t break even, especially on lines with low ridership like Sheppard. The PCs’ plan to provide $160 million per year for TTC maintenance and capital repairs remains “woefully inadequate,” Munro says.

Giving the province control over the TTC could be a repeat of Hydro One, with the sale of public assets to fund new infrastructure, while the public pays the price with higher fares.

Metrolinx, the provincial transit agency, has already mused about charging extra to use the subway should the TTC come under its control. Is this what will happen when the province or a private operator takes over?

With Metrolinx at the helm, the scenario of privatization and higher fares is not unlikely. All of the agency’s LRT lines are being built through a private-public partnership.

Crosslinx Transit Solutions, the company building the Eglinton Crosstown LRT, filed a lawsuit in July against Metrolinx to compensate it for delays in the $5.3-billion, 25-station project. The project is supposed to be completed in 2020 and now is scheduled to be operational in 2021.

This legal battle shatters the political rhetoric about P3s keeping costs down by allowing private contractors to absorb the financial risk. Governments do not fully understand the risks they transfer to private companies and fail to appreciate differences in quality provided by rival bidders because procurement decisions are driven by price.

Ford has yet to appoint a new Metrolinx chair after the resignation of Robert Prichard, but when he does it’s unlikely to change the lack of transparency at the agency. Metrolinx does not have any elected officials on its board. A fight over public transit looms.