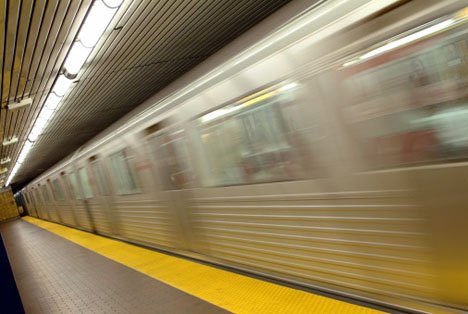 Doug Ford’s plan to take over Toronto’s rapid transit planning and subways would be a disaster for the city even if we had a different and competent premier.

Let’s dispense with Ford’s claim that his takeover would mean “better, faster, cheaper” subway construction. His record on transit is clear: he believes in cars. Also, his government is too busy cutting basic services to ever spend $30 billion dollars on subways.

Ford will pretend to build transit by spending millions in engineering studies, but the fact is the province simply does not have the billions of dollars it will actually take to build rapid transit in Toronto. Despite Ford’s claims, the proposed provincial interference will only delay projects already on the books by years. His plan will continue a Conservative legacy of transit destruction in Toronto.

A generation ago, the PC government of Mike Harris (Ford’s father was a backbencher in that government) cancelled the Eglinton subway while it was under construction, and made the city pay to fill in the hole – $100 million gone.

As a city councillor, Ford was a big part of the cancellation of the Sheppard LRT while it was under construction. Another $100 million gone. The line would have been up and running by now, serving tens of thousands of residents of Scarborough daily. Instead, we’re mired in more talk about building subways that never arrive.

Ford’s subway proposal is also distracting from discussion of what the residents of Toronto really need: a rapid transit network that covers the entire city so that people truly have an option to take transit, not drive. That would be good for not only Toronto but commuters driving in from the 905.

To achieve that requires using the right technology in the right place. That means subways where required by significant density, LRT where required by medium density and bus rapid transit routes everywhere else, with appropriate links, like at Pearson.

We have such a plan. Metrolinx’s Big Move endorsed it. It’s called Transit City and it proposes such a network, particularly to serve low-income neighbourhoods in the inner suburbs that are currently underserved by transit and won’t be served by any of the subway fantasies.

But the network isn’t so new. The bones have been proposed along Finch, Sheppard, Eglinton, Jane, Don Mills and beyond by numerous studies going back to the 70s.

For certain, the provincial track record on transit projects in Toronto is simply awful. It’s clear from recent history that a provincial takeover would not only be profoundly wrong but undemocratic. People who live along Kingston Road, not people in Kingston, should be voting on Toronto’s transit future.

This isn’t a partisan issue. The province simply doesn’t have the knowledge or skill to properly build or plan rapid transit in Toronto. This knowledge institutionally resides with the TTC.

For example, when we were planning the Eglinton Crosstown when I was mayor, the province fought the TTC every step of the way on issues from stop distance to tunnel construction – and every single time, it had to admit the TTC was right.

As a result, the project slated for completion in 2018 has been delayed by years, with millions wasted and significant cost overruns amounting so far to a billion dollars. This is all because the province decided to take over the project when it was nearly ready to tender and start over as a public-private partnership to satisfy the conservative ideologues at the Board of Trade. The  province also wanted the vehicles to be in GO Transit green (not TTC red) so that it could take political credit.

Left to the original plan, the Eglinton Crosstown would be running by now, with red vehicles and millions of savings in the bank. Instead, it won’t be completed until at least 2021.

And then there is the Union-Pearson Express. In 2002 GO could have run a train to Pearson – in fact it proposed to do so. The only construction cost was a $43 million spur line into Pearson. But the province conceived of it as a luxury train service, complete with high fares. It eventually cost hundreds of millions of dollars to facilitate the speed of the train through track reconstruction and bridges. And it still hasn’t connected with the TTC as planned at Bloor and Dundas West, which would provide a significant link for regional transit service.

The province’s Presto payment system has been another expensive mistake, as predicted. The province imposed Presto on the TTC to satisfy 905 transit travellers who didn’t want to pay twice. But given that these transit users make up a small fraction of TTC riders, it should have been left to Toronto council to provide the modern system – open payments – it proposed.

There is more, much more, like the entire Scarborough subway extension fiasco and the $6 billion (and counting) it will cost to serve fewer people with worse transit, which all happened because the previous provincial government wanted to win a by-election.

No doubt about it, provincial interference in Toronto transit has a history of being wrong. Ford, with his penchant for using government to benefit friends and clients, can only make it worse.

David Miller is a lawyer, environmentalist and former mayor of Toronto from 2003 to 2010. He is currently Director, International Diplomacy for the C40 Cities Climate Leadership Group.