I was raising money for the Toronto Rape Crisis Centre after our funding got cut by the province leaving a paltry $1 million funding boost to be divided between 42 centres in Ontario, but he seemed skeptical 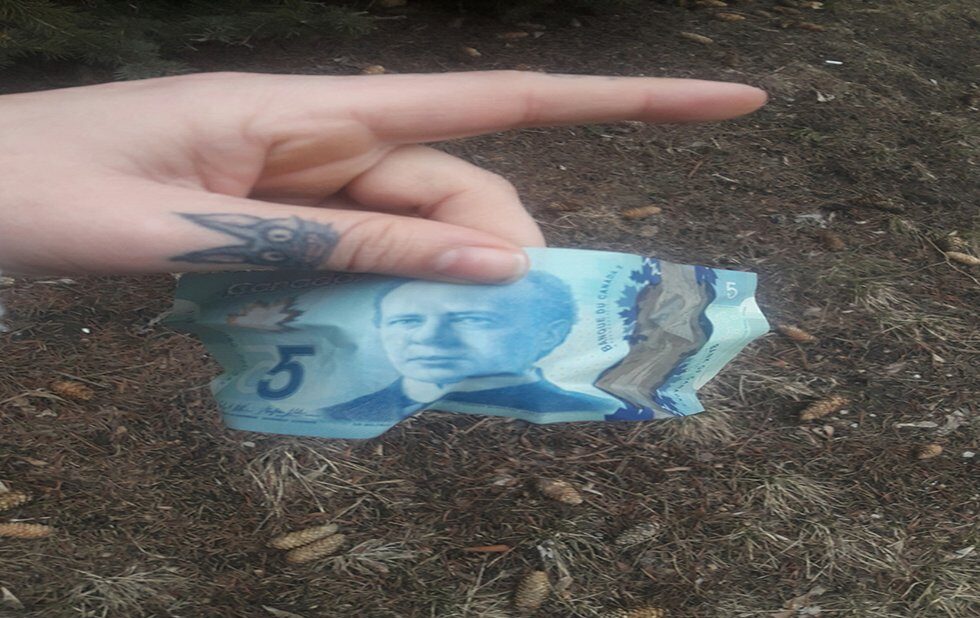 I was leaving a Mr. Sub in Toronto, heading back to work from a lunch break. When I got outside I saw Ford posing for pictures with fans in front of his expensive-looking car. I waited my turn, but after he was done he began to walk away. Maybe he could tell by looking at me that I was not a part of Ford Nation.

I approached him to say that I was raising money for the Toronto Rape Crisis Centre/Multicultural Women Against Rape bowl-a-thon after our funding got cut by the province. He gave me a skeptical look. “You sure?”

I had been fundraising all month, and sharing the donation link so often I am pretty sure friends have unfollowed me on social media. I offered to show him on my phone while making an awkward comment about being an honest gal. Ford, who has been accused of vote buying in the past after he was filmed handing out $20 bills to public housing residents, reached into his pants pocket. The expensive fabric did not wrinkle as he dug around. The five-dollar bill he handed me, however, was crumpled. Maybe he only had $5 on him, but he did not offer to connect over the phone or by email to learn more about the funding cuts. He continued with his day.

The brief experience was punctuated by a man shouting about how good of a job Ford is doing as he drove by.

The Ford government cut funding to Ontario rape crisis centres, leaving a paltry $1 million funding boost to be divided between 42 centres after the previous Wynne government promised some $4 million extra. The 42 centres currently receive some $14 million in annual funding. The Ford government also folded the roundtable on violence against women.

“[Ford] is going after the people who are the most vulnerable in society,” says Laura Salamanca, a counsellor with the Toronto Rape Crisis Centre.

With the Ontario PC’s cancellation of the basic income pilot project, and cuts to social services, not to mention attacks on education at all levels, it’s fair of say.

Salamanca adds, “Supporting survivors is not a fiscal priority.”

Meanwhile, demands on rape crisis services continue to rise. Not everyone can afford counselling, and the free therapy offered typically has a waiting list that can be up to two years. As a result, 24-hour rape crisis hot lines are busier than ever. Calls to the Toronto Rape Crisis Centre come in not only from Toronto and the GTA, but from other provinces.

Staff and volunteers are unable to keep up with the demand for the myriad services they are expected to offer, including both face-to-face and crisis counselling, workshops, court support and more. The cuts mean that the Toronto Rape Crisis Centre cannot hire more staff, as planned.

I posted a photo on Facebook of the fiver Ford gave me: “No word of a lie I just bumped into Doug Ford and this is what he gave me for the rape crisis centre. I’m shaking.”

People asked if they could share the post. I figured why not, only friends of mine would care anyway. But within 24 hours, $700 was raised. Donations are still coming in, though the goal of $65,000 by April 30 is still a long ways away.