While the return of disgraced former finance minister Rod Phillips to Ford’s inner circle grabbed headlines, other moves flew under the radar 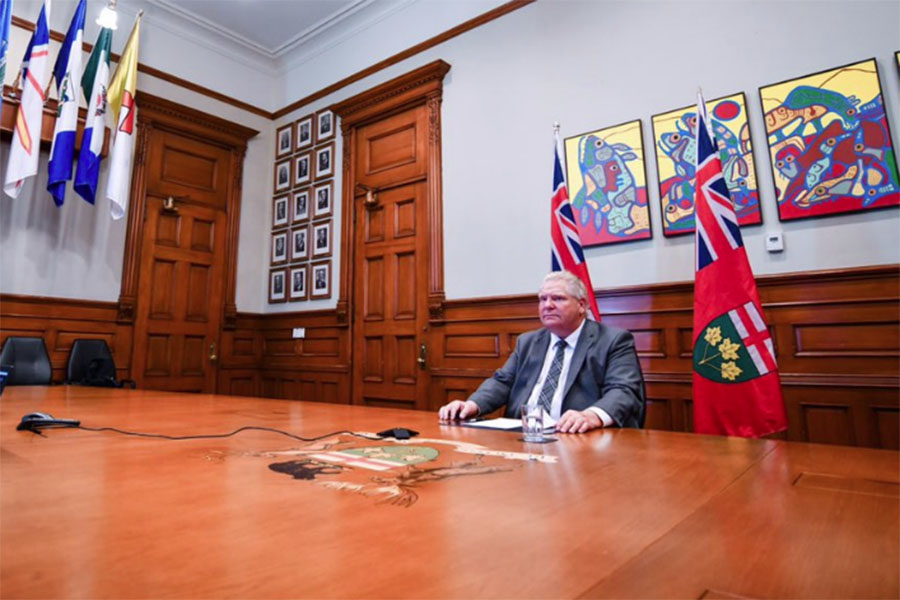 But while most mainstream media reports focused on the return of disgraced former finance minister Rod Phillips to Ford’s inner circle, there were a few other notable moves – and non-moves – that flew under the radar.

As always with Ford, if you really want to know what’s up, just follow the money.

But first to Phillips, who is taking over from Merrilee Fullerton as Minister of Long-Term Care. There are two ways to look at this one.

Some Queen’s Park insiders have suggested Ford is handing Phillips’s well-known leadership aspirations a political death sentence by putting him in a no-win portfolio. That could be part of the equation after the tragic mess that was made by the Ford government of the pandemic response in Ontario’s nursing homes.

But given Phillips’s many high-flying business interests outside of politics, the move looks more like a continuation of the Ford government’s agenda to grease the wheels of the premier’s friends in the for-profit health-care sector.

Before he got in trouble for covering up his trip to St. Barts during the holiday lockdown, Phillips made another trip to Switzerland on what was characterized at the time as “personal” business. Phillips still hasn’t explained that one publicly. Truth is, Ford never wanted to let Phillips go. He lends the government some much-needed gravitas.

Then there’s Fullerton, whose neglect of the COVID crisis in long-term care allowed the virus to run rampant and arguably contributed to untold numbers of unnecessary deaths. She’s been moved to the Ministry of Children, Community and Social Services, which has been characterized as a demotion by some in the media.

On the contrary, it’s the third-largest ministry in the province after health and education. If her term at Long-Term Care is any clue, then there’s no doubt Fullerton has been dispatched to provide cover for the Ford government’s dismantling of the social safety net. That was in high gear before COVID became an all-consuming crisis for Queen’s Park. We can expect the cuts to continue apace as the province tries to dig out of a COVID-induced budget crunch.

Just as telling are the moves Ford didn’t make.

Stephen Lecce, for example, who has acted as Ford’s go-to boy during his tenure as education minister, will remain in that seat – at least, for the time being.

Lecce was widely rumoured to be on the way out. But for Ford, any attempt to sideline him now would be seen as an admission of the government’s failure on the education file. Besides, the former Harper disciple may have his eye on a federal run, and be gone by the fall anyway. In the meantime, there are still the teachers’ unions to antagonize and the privatization of education to get on with.

Steve Clark is another notable who is staying put. The municipal affairs minister, who has been charged with doing Ford’s dirty work on the development file, has done a bang-up job ensuring the premier’s monied buddies in the development industry enjoy free reign that he’s become a legend in his own mind.

Party insiders have been quoted as framing the cabinet changes as part of an attempt to put a more diverse face on the government.

On that front, there is the inclusion of Parm Gill as Minister of Citizenship and Immigration as well as Kaleed Rasheed and others. But those choices have more to do with shoring up Ford’s support in the 905, particularly in Mississauga and Brampton.

Here, too, rookie Brampton South MPP Prabmeet Singh Sarkaria, the former associate minister of small business, has made the leap to the prestigious job of president of the Treasury Board seemingly on little more than the strength of unabashed allegiance to Ford. Sarkaria has been a point person on the Ford government’s attacks blaming the feds’ (allegedly) lax border policies for the COVID crisis.

But while hospitals were on the brink of COVID collapse in his backyard in Peel Region, Sarkaria was making headlines questioning the effectiveness of Pfizer’s vaccine. At the ripe age of 32, the former corporate lawyer has quickly fashioned a reputation for himself as a true Ford believer.

Speaking of loyalty, Caroline Mulroney, Ford’s minister of transportation, was largely overlooked by commentators reading the tea leaves on Ford’s cabinet shuffle. If you’re looking for future leadership contenders, then it’s Mulroney who may pose the biggest threat to Ford. Her demotion to transportation from her previous posting as attorney general during the last cabinet remake was widely viewed as an attempt to sideline her leadership aspirations. She’s been biding her time ever since.

Her former associate minister, meanwhile, Kinga Surma, has been promoted to infrastructure minister. As someone whose close personal ties to Ford have come under scrutiny in the past – and who will now be in charge of hundreds of millions of dollars in investments in schools, hospitals, roads, bridges, transit and other services – this one has all the makings of a train wreck.