NOW MagazineNewsDrop till you shop

Drop till you shop 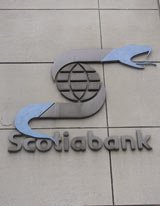 Inside a downtown bookstore chain, I’m trying hard to look like I’m shopping. But really I’m doing the exact opposite – I’m leaving items instead of buying them.

I slide poems inside The Idiot’s Guide To Poetry, I leave old copies of Geist and Broken Pencil emblazoned with the word “free” on display shelves, I slip Polaroid photos of camping trips between books in the reference section. In the science fiction section, I stealthily apply haiku stickers that read “Robots take over, dancing in clubs, acting wild, doing the human.”

I’m shopdropping, sort of the reverse of shoplifting. It’s a culture-jamming offshoot born out of three possible motivations: to promote a band, website, movement or service to disrupt the shopping experience to send an activist message or simply to have artistic fun with product packaging and consumerist culture.

I’m engaging in a mix of all three this Sunday afternoon with 10 other co-conspirators. In a grocery foray, I leave poems about eggnog in the dairy department. And in an electronics store I drop this little piece of wisdom: “On Bush’s iPod, Metallica’s Kill ’Em All repeated non-stop.”

One of the most rewarding drops goes down in a sweatshop-friendly store in Yorkville, where a courageous participant leaves a T with the message “Made by slaves for free people” on the front window while we distract the staff with pointless questions.

This shirt subversion comes courtesy of a dropper who will only be known as Carly of Roncesvalles. What does she find appealing about leaving stuff in stores?

“You contribute to a moment of confusion for a random shopper,” she says. “Confusion makes us wonder what? why? how? And that’s when we inevitably become more creative in our thinking and expand our repertoire of possibilities.”

Shopdropping has come a long way. It is supposed to have begun when 60s-era photographer Robert Heineken altered magazine images and stuck his version back between the pages on the shelves. The practice spread to artists and musicians who wanted to distribute their merch in stores, sans permission.

Then, in 2006, this retailing rebellion won notoriety when UK street artist Banksy replaced Paris Hilton’s CD with his own remixes, rewriting songs with titles such as What Am I For? He doctored 500 copies and dropped them in 48 stores across the pond. 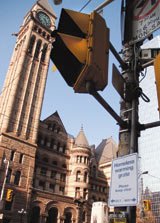 Comedian Stephen Colbert gave the practice a boost in April when he instructed fans to plaster Doritos bags with downloadable stickers from his website reading “Peabody Award-winning!” He credited their corporate sponsorship for his recent Peabody Award, thereby giving folks a chance to infiltrate a convenience store and not buy anything.

Shopdropping.net features the latest dropping adventures, including an artist who replicates Wal-Mart clothing and places it on the racks, barcode and all, and one who puts stickers on fresh fruit in stores with messages like “Ignorance is toxic feed your mind.”

Natalie Reiss, from Montreal, slaps her own labels on cans of peas and puts them back on grocery shelves. “While art often finds its place within elite environments such as galleries and museums,” she tells me, “there is a desire to access the general public. What better way than the disruption of daily encounters with objects?”

Unlike Reiss’s artistic interventions, some droppers prefer hot-button issues. In Toronto, there’s a tradition of leaving stickers on toy guns that read, “This product is approved by the military-industrial complex.”

The trick, says Chicago’s Anne Elizabeth Moore, author of Unmarketable: Brandalism, Copyfighting, Mocketing, And The Erosion Of Integrity, “is making the statement attractive enough that people want to read it and or learn from it.”

She caused a stir a few years back when she brought cards designed as “shopping aids” into the American Girl Place doll store. They contained “non-consumerist messages not available in the store.” One read, “Healthy body images – $0.” She was caught by security and permanently banned from the store.

After our own Sunday sojourn, we gather at a pub to discuss the experience. “Anyone can be a consumer as long they have some kind of money,” Carly observes. “So it’s challenging to think about the many issues that intersect in stores – politics, environment, psychology.”

Photojournalist Elise von Kulmiz says she’d like to see more people participating. “If Toronto’s not ready for this, no place is.”