Election 2021: O’Toole’s dog whistles are no match for Bernier’s Alpo 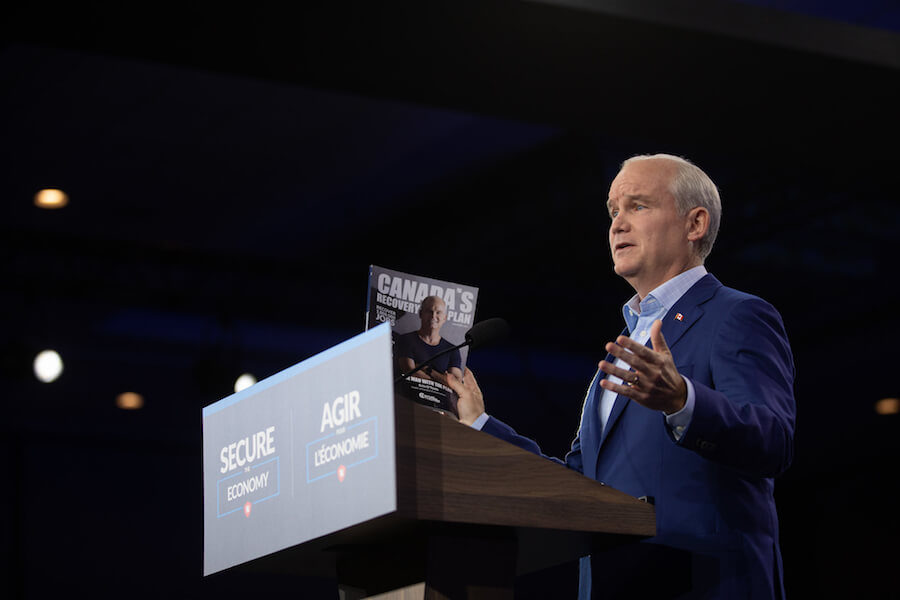 Purina likes to say that its Alpo products offer the meaty taste that dogs love along with the nutrition that they need.

Put a bowl of Alpo in front of a Rottweiler and it’s not likely to respond to a dog whistle from the other side of the park.

Many of them think that Canada has been taken over by the multiculturalists and/or the monied elites. Some are openly dismissive of the Holocaust and think that Jewish Hungarian-born billionaire George Soros is running the world.

Conservative Leader Erin O’Toole will never admit publicly that he wants their support. But he’s been sending out signals to try to invite as many voters as possible into the Conservative tent to topple the Trudeau Liberals.

He has to be careful not to offend the so-called Blue Liberals. These are slightly right-of-centre types who were okay with former prime ministers Jean Chrétien and Paul Martin because they balanced budgets and pursued policies to benefit investors.

So the only way that O’Toole can woo some of the Rottweilers is through coded messages. This came before the election campaign when he said that the Conservatives would take back Canada.

From whom? The Russians? Chinese? Americans? Jews? O’Toole wouldn’t reveal whom exactly Canada needed to be taken back from.

O’Toole has also pandered to conspiracy theorists by whipping up fears over dealings between the National Microbiology Laboratory in Winnipeg and China’s Wuhan Institute of Virology.

To assuage anyone concerned about O’Toole playing into anti-Asian hate that has led to assaults in the streets, he offers assurances that he’s merely seeking accountability.

Another example of O’Toole pandering to the xenophobes came in his promise to ban foreign ownership of residential real estate. It’s no solution to the housing crisis in Canada because non-residents comprise a fairly minimal portion of the market, but it was an effective dog whistle.

This Canada Mortgage and Housing Corp. chart shows that people living outside of Canada own a small percentage of residential real estate in larger Canadian metropolitan regions.

A former leader of the B.C. Greens, Stuart Parker, wrote a column suggesting that O’Toole is also using the dog whistle to appeal to Incels. Nothing that the Conservative leader has said is direct, of course.

University of Toronto epidemiology professor David Fisman has claimed that the Conservatives are sending a cloaked appeal to neo-Nazis with the slogan “Secure the Future.” This came after the Straight revealed similarities between this tag line and the most popular white-supremacist phrase on the Internet.

For doing this, Fisman was pilloried by some Conservatives.

Canadian Jewish Conservatives losing their shit after finding out what the “14 words” are has absolutely made my morning.

Thanks for the emails and DM’s. If you don’t want to follow me on twitter anymore, you really shouldn’t. It’s not mandatory, and I’ll probably survive

On the gun issue, O’Toole has been doing somersaults, with the party promising to overturn a ban on assault-style weapons followed by a reversal. When a B.C. incumbent contradicted the leader, O’Toole had to fend off more inquiries from the media.

It didn’t help his credibility when it was reported that the Conservatives’ campaign manager used to be a lobbyist for the National Firearms Association.

To many of the Rottweilers, the most important issues are vaccine passports and mandatory mask mandates. O’Toole’s sop to them is opposing mandatory vaccination for federal civil servants and air travellers.

He wants to protect Canadians’ liberty by allowing them to board aircraft if they’re not vaccinated against COVID-19. And he won’t require Conservative candidates to get vaccinated.

But despite O’Toole’s reliance on coded signals to win over some Rottweilers, he just can’t compete with People’s Party of Canada leader Maxime Bernier.

Whereas O’Toole encourages vaccinations, Bernier refuses to get jabbed. He’s even willing to go to jail to protect his supporters’ right not to be vaccinated against a disease that could kill them, even if they think COVID-19 is a hoax.

Whereas O’Toole mentions China in an abstract way, Bernier is promising to slash immigration levels from 401,000 today to 100,000 to 150,000 under a PPC government.

Bernier’s party platform offers a nutritious full-meal deal to the Rottweilers, unlike the Conservative platform.

The PPC leader thinks the Canada Mortgage and Housing Corporation should be privatized or abolished and that the government should get out of the business of building and renting apartments.

Bernier insists that social housing has been an “urban planning disaster in every city where it’s become widespread.” (Obviously, he’s never been to Singapore.)

He maintains that there’s no scientific consensus that human activity is causing dangerous global warming. This is notwithstanding deadly heat waves, the disappearance of Arctic sea ice, vanishing land ice from Greenland, receding glaciers and the slowing of the jet streams.

The Rottweilers are not interested in nuance. They want their politics, just like their dinners, served up simply and directly and without any fuss.

Bernier understands this. And that’s why his candidates are likely to win enough votes to deprive O’Toole of any chance of forming a majority government in this election.

One response to “Election 2021: O’Toole’s dog whistles are no match for Bernier’s Alpo”