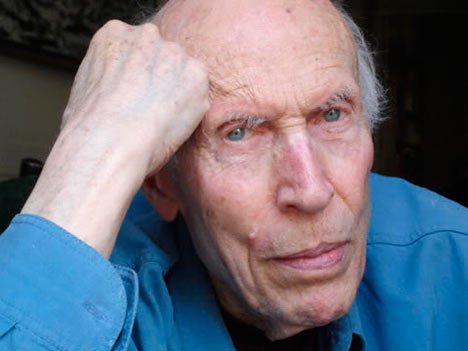 The news broke earlier today that the French filmmaker Eric Rohmer had died as he lived – modestly, and without causing too much of a fuss.

This seems appropriate. Rohmer was the most modest director to emerge from the French New Wave. While Godard played with jump cuts, Truffaut toyed with styles and Resnais did whatever the hell it was that he did in Last Year At Marienbad, Rohmer was off on his own, quietly making movies about people.

In film after film – and most famously in the cycle of shorts and features that constitute his Six Moral Tales – Rohmer presented his audience with recognizable human beings struggling with passions and compulsions, with their failings and their inadequacies, and involved us in the struggle towards happiness or something close to it. He captured intimacies both physical and emotional, most memorably in the fetishistic comedy of Claire’s Knee and the luscious tale of temptation Love In The Afternoon.

You can appreciate Rohmer by tracking the director’s influence on subsequent generations Woody Allen has borrowed his bustling frame compositions here and there, and Richard Linklater tipped his cap to the master with the close-focus intimacy of Before Sunrise and Before Sunset. And it could be argued that the American mumblecore movement takes its raison d’etre from the Moral Tales.

Rohmer never left the scene, either, releasing new films on a regular schedule well into his eighties. Pauline At The Beach, The Green Ray (also known as Summer), Boyfriends And Girlfriends, the quartet of films known as the Tales Of Four Seasons – all of which still have that specific tone of benign amusement at human folly. His characters could be cruel to one another, but their creator was never cruel to them.

In his final decade, Rohmer broke with his minimalist style – experimenting with digital video and CGI backdrops in 2001’s period romance The Lady And The Duke, attempting a historical thriller epic with 2004’s gleefully complicated spy epic Triple Agent and dipping into fantasy with his final feature, 2007’s The Romance Of Astree And Celadon. You could sense him enjoying the challenge behind the frame, even if the films that resulted lacked the resonance of his earlier work.

The death of an old man is not a tragedy, as the saying goes, and certainly Eric Rohmer leaves a body of work behind him that any artist would be proud to have created. I’ll mark his passing this week by returning to the Moral Tales. They’re readily available in an excellent Criterion Collection DVD set, if you feel like joining me.[rssbreak]