Despite the recent purge of some vocal anti-vaxxers, the Conservative party leader continues to pander to extremists in his caucus 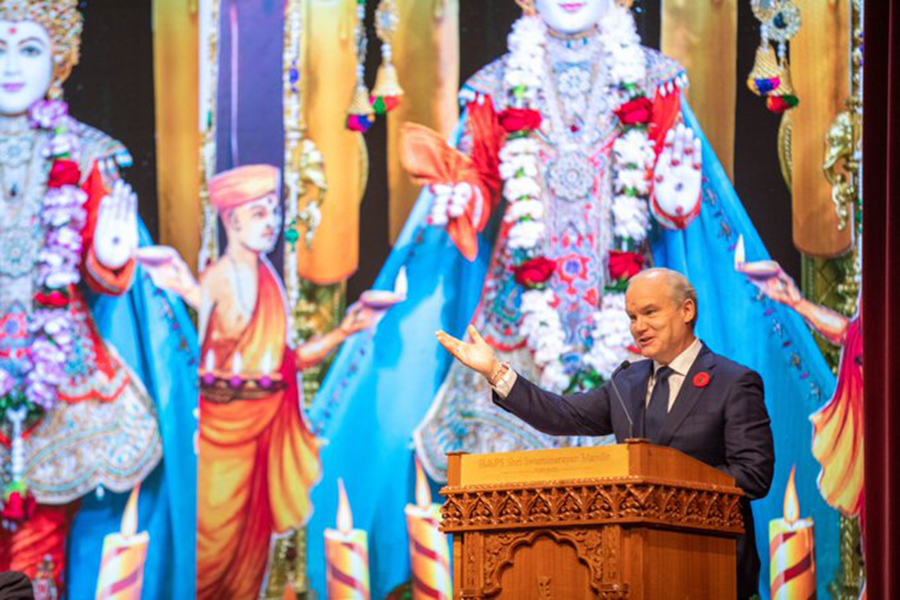 The news out of Ottawa on Tuesday should have been about how the Liberals haven’t held a caucus meeting since the election and how some Grit MPs are miffed about that. Rumours of a possible Liberal-NDP coalition – an idea that doesn’t strike either party’s base as a good one – are also in the ether.

Instead, most of the day’s news out of the nation’s capital was about the anti-vax revolt and purge in the Conservative caucus of Erin O’Toole.

The embattled Conservative party leader announced his shadow cabinet on Tuesday. Anti-vaccine MPs – or, at least, those who have been public in their opposition to vaccine mandates – have been banished from O’Toole’s shadow cabinet.

Among them is former leadership contender Marilyn Gladu, the Sarnia MP behind the renegade group of MPs who went public last week to raise “civil liberties” concerns around mandates requiring vaccine disclosure of MPs. Gladu appeared in a CTV interview on Sunday to suggest COVID-19 is not that dangerous at all – compared to polio. She’s since issued an apology and retraction saying the comments were “inappropriate” and a “distraction.”

Mark Strahl, another who called vaccine mandates “discriminatory,” has also been bounced from O’Toole’s shadow cabinet, as has Saskatchewan MP Rosemarie Falk.

Leslyn Lewis, the former leadership rival who finished a close third to O’Toole, was also noticeable by her absence among the shadow cabinet selections. Perhaps it’s little surprise given her recent anti-vaccine outburst, but Lewis’s relegation to the backbenches is nevertheless a sign of growing animosity between O’Toole and the party’s social conservative wing that helped win him the leadership.

Alberta MP Shannon Stubbs, a former shadow minister for public safety – and point person for the pro-gun lobby in the party – was also dropped. She was a lone voice in the party to speak in support of a vote on O’Toole’s leadership after the election.

But O’Toole couldn’t keep all the jackals in his caucus at bay – including two prominent members of the hardcore in the party who want his job.

Pierre Poilievre, the irascible one, was given his finance portfolio back in exchange for keeping his leadership aspirations in check (for now). Michelle Rempel-Garner, another in the party’s right wing, has been moved out of health and handed natural resources, presumably to bolster O’Toole’s fraying Alberta base.

O’Toole may have learned a valuable lesson about keeping your friends close and your enemies closer since becoming party leader. But he could also have sent a stronger message about who is in charge by dumping the anti-vax crowd in his caucus altogether.

Instead, O’Toole continues to play footsies with – if not pander to – extremists in his party. It’s a dangerous game. The longer he humours his opposition, the weaker he looks. For O’Toole, the challenges to his leadership are coming not only from within but without.

Rumours of a possible Liberal-NDP coalition in Ottawa to prop the Liberal minority for the next two years (possibly three) is threatening to further marginalize the Conservatives – not to mention, make O’Toole a sitting duck for anyone who might want to replace him. Any coalition is more likely to be a loose arrangement than anything written on paper.

But O’Toole has predictably amped up his rhetoric as a result, channelling Stephen Harper to call the idea “radical.” He’s been using the word or variations of it a lot lately to characterize the opposition and distract from questions about the radicals of a different stripe in his own caucus. O’Toole’s moves have stopped the bleeding for now.

But it’s doubtful all the shuffling of chairs on the ship makes him look any more in control to the Canadian electorate that rejected him two months ago, for the simple reason of how at odds he is with his own caucus on not only vaccine mandates but a whole range of issues. He’s been in damage control mode ever since.

One response to “Erin O’Toole stops the bleeding – for now”