They might be less interesting than a strip mall, but in Toronto they are becoming the default method of architectural conservation 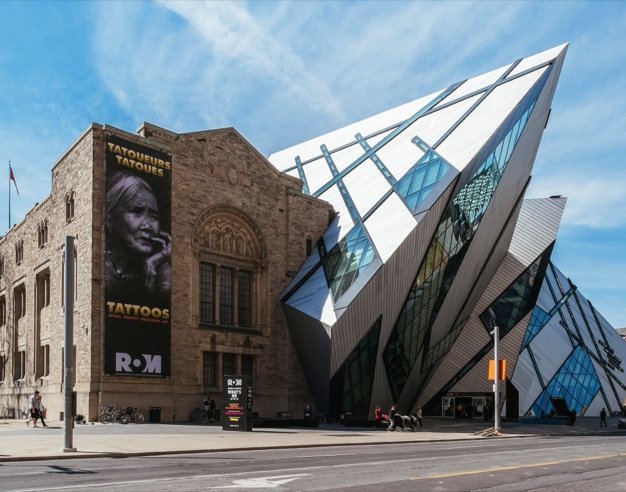 Facadism, facodomy, urban taxidermy, the dark art of the Marquis de Facade – call it what you like. It might be the most despised form of architectural conservation. But in Toronto and many other cities, it is becoming the default method of heritage preservation.

The owner of a heritage building is usually faced with two options given soaring land values and a provincial tax regime that assesses property based on “highest and best use.” And that’s either demolish and replace it with a bigger building or erect a new above or behind its conserved facade.

The resulting stark contrast in styles might be a travesty. But heritage architects argue that in most cases the facade is all that is worth preserving.

Most heritage buildings have been altered out of recognition through generations of unsympathetic renovations that they’re not worth preserving.

Ingenuity and skill are also required to conserve a heritage facade.

Important details – doors, windows, wood mouldings, outside lamps and interior lighting  – will be lost. And deep research will be required if they are to be replaced.

There may also be much that is hidden behind overpainted walls and above false ceilings.

But there are masterpieces waiting to be rediscovered wherever facadism is attempted.

Since the 1960s architects have struggled to produce facades on buildings that intrigue, invite, impress or even intimidate.

When facades were great, the skills needed to create them were abundant and affordable. Stone carvers, wood turners, blacksmiths, stained glass window makers – the links in the chain of skills that extends back to the Middle Ages – are fewer these days.

Facadism continues to spread throughout Ontario downtowns and beyond.

In Toronto it is everywhere. The Bloor-Yorkville and Yonge-College loop takes in 23 buildings, plus some vernacular handyman specials in spiffy but stuffy Yorkville.

There is a lot to see. Take the tour here. It’s mapped here.

Note the effects of the mandatory pause on the construction of the Halo and YSL buildings. Cresford Developments going into receivership has also halted work on the 33 Yorkville project and Clover condos on the west side of Yonge at Wellesley.

Post-COVID we may be heading to a new reign of Ozymandias.