She is not your father or grandfather’s white nationalist, the obese guy in the brown shirt holding a flag – she's young, attractive and needs to be noticed – and nobody is more aware of this than Faith Goldy herself 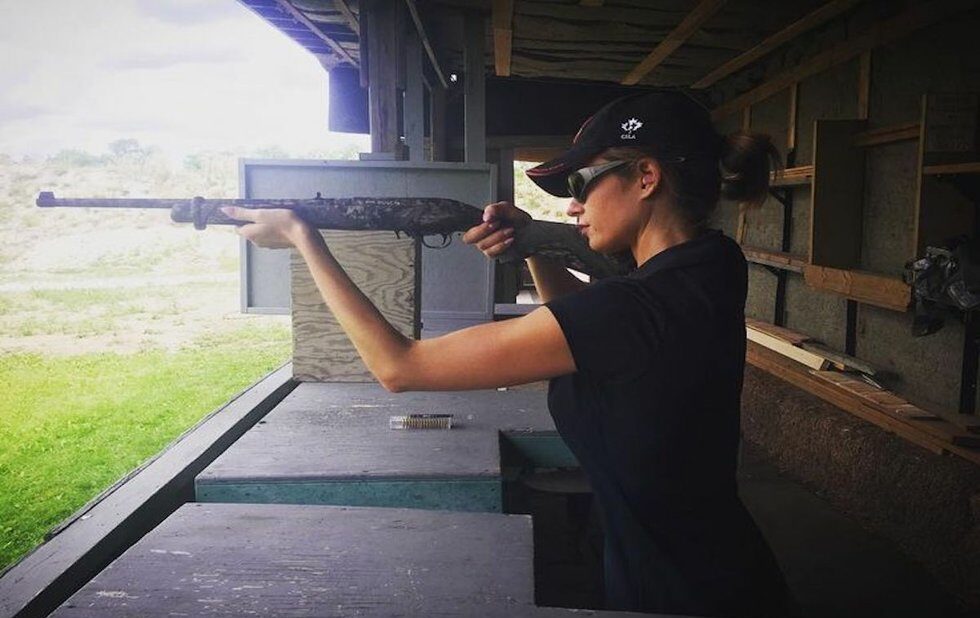 Colorado took to their horses to protest Crestone's drilling operations in their neighborhoods.|Tracy Curley.|CAFEs Bloor location was one of four in the illegal pot shop chain barricaded by concrete barriers last week.

Other than during a brief telephone conversation, I haven’t spoken to Faith Goldy, the fringe Toronto mayoral candidate, in several years.

I have abstained from writing about her (until now) or commenting about her on social media simply because I don’t want to give her views any exposure, which may come as a surprise to many people because I not only worked with the woman at Sun News Network, but also provided her with her first break in television when I was host of the nightly Michael Coren Show on CTS.

Back then she was known as Faith Goldy-Bazos and was a very different person than who she is today.

She was certainly conservative, but within the confines of the right of the mainstream conservative movement. She may well have found a place in U.S. media, or continued as a darling of the Canadian reactionary class.

The money for her current efforts is coming from somewhere – she was recently photographed with Rudy Giuliani, the former New York City mayor and current lawyer for Donald Trump – but surely it’s nowhere near as much as she could have enjoyed if she hadn’t insisted on crossing over into lauding central European wartime Nazis and using the sometimes coded but often explicit language of the racist right.

How did she end up within nationalist and racist political circles? The most obvious answer is that she’s there because she wants to be.

In March, 2017, she posted a video from Bethlehem, claiming that the city’s “Christian population has been ethnically cleansed,” and calling for a new Crusade. Anybody who genuinely understands the region, its history and current politics would realize how callow and irresponsible this was.

At the time, she was a star contributor on the hysterical (and now ever more marginalized) Rebel Media, speaking of “White genocide in Canada.”

While covering the Unite the Right rally in Charlottesville, Virginia, in August 2017, she recorded the car attack that killed counter-protester Heather Heyer.

But it was only when she appeared on The Krypto Report on the neo-Nazi website The Daily Stormer to mock anti-fascist counter-protesters that she was fired from the Rebel by Ezra Levant after subscribers began pulling their financial support – and that’s an achievement in itself.

The litany of lunacy has continued exponentially ever since.

She agreed on a podcast to recite the “14 Words,” a slogan considered iconic and even sacred among neo-Nazis and their ilk. She then publicly promoted a book called For My Legionaries, by Corneliu Codreanu, the genocidal fascist who founded Romania’s Iron Guard, and who mingled murderous anti-Semitism with a perverse, ultra-right-wing version of Christianity.

The empty provocation, the self-promotion, the repeated gestures toward the far right and now the risible attempt to use the race for mayor to promote brand Goldy amounts to a grotesque act.

She’s been banned from crowdfunding on Patreon, from the online payment system PayPal, and from other sources of income. She still has some friends in the tabloid press, but they have limited credibility. Conrad Black is a close friend and comrade. What popular support she does have is minuscule and, at best, eccentric. Goldy has become a toxic stew of paradox and confusion.

She appears to take her religion seriously, describing herself as a “Catholic nationalist.” While this is a term that wouldn’t have been used by Pope Benedict, let alone his successor, Francis, it does indicate a jarring belief system. While the modern Catholic Church may be conservative on issues of abortion and sexuality, the hierarchy and leadership is surprisingly progressive on immigration, race and social justice. In other words, Goldy’s anachronistic, mock-medieval version of the faith is anathema today.

Where it does have a following is in parts of the extreme anti-abortion Catholic right, often held in deep suspicion by the bishops.

These zealots are, however, invariably homophobic, which hasn’t really been one of Goldy’s hobby horses.

That’s not the only inconsistency, which leads to some support in surprising circles. Many anti-Semites love her, for example, while she has allies on the hard right of the Zionist community for her constant attacks on what she calls Muslim extremism, but what others see as simple and vile Islamophobia.

Goldy argues that she’s a Christian, but Jesus tells us that loving one’s neighbour is the quintessence of living a Christian life. No serious Christian would be anything other than appalled at Goldy’s antics. She claims to be an opponent of the elites and establishment, yet she attended Havergal College, and Trinity College at the University of Toronto.

Goldy’s pronouncements seem to be less about philosophy than the need to be noticed and to be considered (by some) as a martyr.

Then there is the packaging. She is not your father or grandfather’s white nationalist, the obese guy in the brown shirt holding a flag. She’s young and attractive and nobody is more aware of this than Goldy herself.

A few friends in high places and some old money might sustain her for the time being, but ultimately the dive into obscurity is never far away. We’ve seen it with others on the alt-right.

Goldy says she believes in the power of prayer – she’s going to need it.