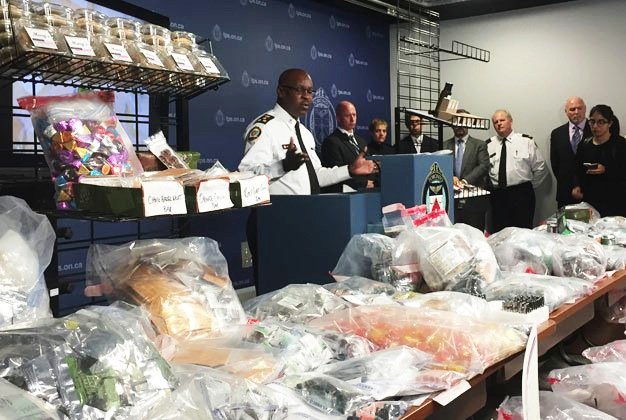 When envisioning what the future of legal marijuana looks like, many Canadians picture smoking joints and buying baggies of weed. But this neglects a large portion of marijuana culture: the 40 per cent who consume cannabis edibles.

Regulating edibles has proved a tricky proposition for legislators in Colorado, one of the first U.S. jurisdictions to legalize recreational weed. Here are the answers to four frequently asked questions facing lawmakers here.

1. Pot at the end of the gummy rainbow: how do you deal with the risk that candy-like edibles may be attractive to minors?

In 2016, a private member’s bill in Colorado banned the use of the word “candy” to describe any marijuana edibles and specifically prohibited cannabis gummies shaped like “animals, fruits or people.”

The Colorado regulations prohibit cannabis-laced gummy worms and bears. But the same regulation allows a gummy rainbow that’s arguably equally appealing to children but is not a fruit, animal or person.

A blanket prohibition on marketing to minors. Regulations may also prohibit certain categories of edibles entirely.

2. Should I worry about my kid overdosing if he/she gets into my stash?

Not really, but maybe just a little.

There is some evidence of a surge in “unintentional marijuana exposures” among children under 10 after legalization in Colorado. According to a study by researchers from the University of Colorado’s Anschutz Medical Campus, the majority of children admitted to the emergency room for marijuana exposure had minor symptoms that went away within six to 24 hours.

However, about 15 per cent of cases were severe enough to require admission to the intensive care unit.

The reality is that children will eat anything. (There were reports of children eating laundry detergent pods when they were first introduced.) While the effects of marijuana overdose are serious in children, especially the very young, they are not usually life-threatening.

Opaque, childproof packaging, which is mandated in Colorado.

3. Why is there a need to treat edibles differently than smokables?

Ever heard the tale of the tortoise and the hare? The physiological effects of smoking and ingesting marijuana are distinctly different.

The high from smoking occurs faster and fades faster. The high from edibles is more gradual and longer-lasting. The effect can last up to 10 hours, so if you eat too many pot brownies, you won’t know you’re in trouble until it’s too late. At a 4/20 pot rally in Vancouver in 2015, of 63 individuals treated for “marijuana intoxication,” 70 per cent had consumed edible products.

An explicit warning on all edibles. If marijuana is to be sold in Canadian pharmacies (which is a possibility), it’s likely that warnings about onset time will be required.

4. Must regulations set a limit on the allowable amount of THC in edibles?

Colorado regulations place a limit of 10 mg or less and require that edibles be sold in individual packages or have individual demarcations (like the squares on a chocolate bar) indicating a portion. The regulations provide that the entire edible cannot exceed 100 mg of THC.

Strict consistency across all edible products is not mandatory to ensure safety. Alcoholic beverages have different potencies, and there is no reason that marijuana edibles should be regulated differently. That said, it’s reasonable that an upper limit on potency will be required.