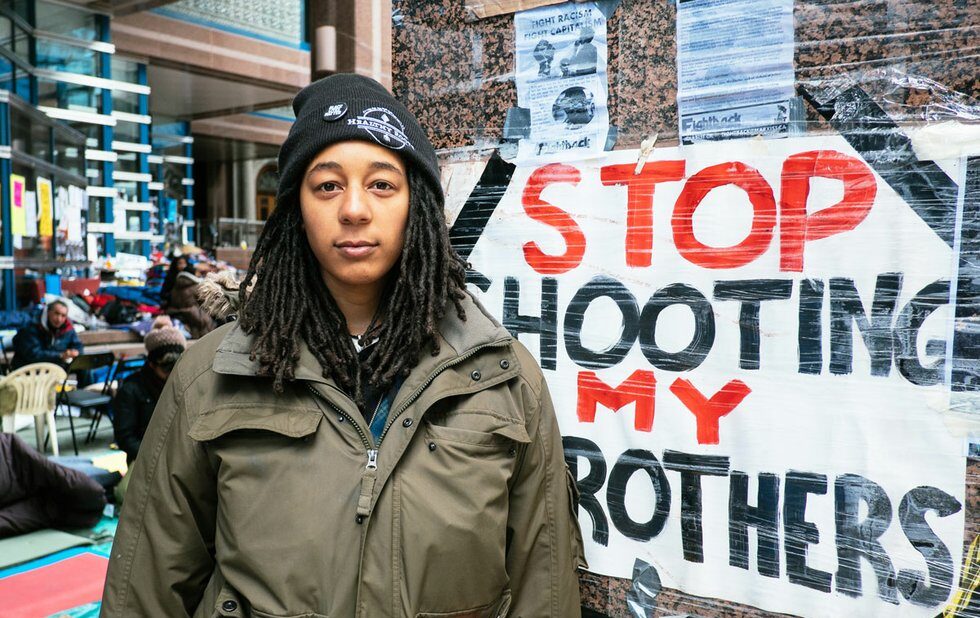 It can be hard to resist the urge to drown out the pernicious rumblings of hate groups by retreating into a Netflix-and-chill induced slumber. But, the growing spate of neo-Nazi and far-right activity around the world – including in our own backyard – is an urgent prompt for us to start showing up for positive action.

Change is the result of public outcry. And in these urgent times, your voice is needed.

One of the city’s foremost change-makers, journalist and activist Desmond Cole, called upon the public to attend yesterday’s Toronto Police Services board meeting after he was arrested last month for disrupting proceedings to call attention to the case of Toronto teen Dafonte Miller. “I’m going back to the police board this Thursday and I want you to come too,” he wrote in a Facebook plea to supporters.

Speakers, including Cole, condemned officials for refusing to suspend the School Resource Officer program and the actions of officials involved in the mishandling of Miller’s case. The teen was brutally beaten last year in an unprovoked attack by Michael Theriault, an off-duty police officer.

Attendees spilled out into the next room, where mounted TV screens projected the meeting to dozens of community members who turned up in a show of support for Miller, some carrying signs reading: “We’re here for Dafonte.”

Yesterday’s TPS meeting wasn’t your only opportunity to fight the system. Here’s how to get involved and fight back against white supremacy.

This all day BBQ and block party on August 27 will be donating a portion of proceeds to the Urban Alliance, a community organization that provides educational programs and initiatives to address racism. Party proceeds will also help pay medical fees for Natalie Romero, an American woman who was hit by a car targeting anti-white supremacy protesters in Charlottesville, the same rally that resulted in the death of 32-year-old Heather Heyer. See website for details.

The August 29 unity rally and town hall is both a networking opportunity and planning meeting for people looking to get involved with anti-white supremacy organizing. Interpreters are needed to make the space accessible to participants of all abilities. See website for details and register here.

Showing Up For Racial Justice

White supremacy isn’t just a racialized person’s problem. At this open meeting, white allies are encouraged to attend to support racial justice and Indigenous sovereignty. The meeting will take place from 6:30 to 8:30 pm on August 30 at St. Stephen-In-The-Fields Church and is open to all. See website for details.

Fight the Right: We Stand With Charlottesville

Solidarity Against Fascism Everywhere hosts a demonstration in honour of the memory of Heather Heyer, the counter protester killed by James Alex Fields Jr. in a terror attack in Charlottesville. The demonstration takes place August 31 from 6 to 9 pm. See website for details.

As a supporter of racial justice, it’s important to show up, but, it isn’t the only way to join the fight. Engage in conversation with friends and family about the effects of white supremacy and why it’s important to put an end to it by supporting the cause. For more resources check out works by Desmond Cole, Director of Women and Gender Studies at the University of Toronto Dr. Rinaldo Walcott, Canadian scholar Alok Mukherjee and human rights educator and writer Kim Katrin Milan.