Why reform Pride when you can just let it die? 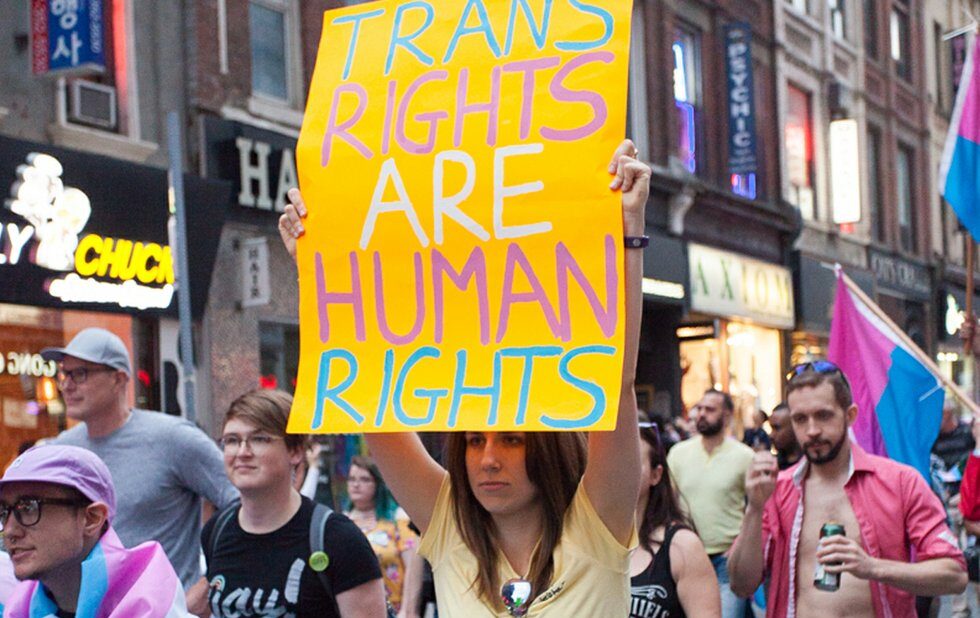 Organized for the first time in Toronto in 2009, the Trans March is an event that feels connected to Pride's radical roots.

This summer was my first time going to a Pride parade. All the previous years, I boycotted it. This year I only went to Montreal Pride because my desire to annoy transmisogynists by opening the parade – which earned me a delightful hate-quote from lesbian feminist Julie Bindel – outweighed my dislike of the institution of Pride.

The critiques of Pride are probably well known by now.

In 2015, Christin Milloy wrote an open letter resigning from Pride Toronto because of its failure to promote queer liberation, its failure to centre the voices of trans people, people of colour and disabled people within our communities, and its co-optation by large capitalist institutions.

In 2016, Black Lives Matter – Toronto rightly disrupted the Pride parade to demand, among other things, the removal of uniformed police and their floats.

In 2017, Black Lives Matter – Montreal disrupted that city’s Pride parade to denounce the institution’s whitewashing and complicity in erasing the contribution of Black and Latinx people to Pride’s origins. Pride organizers don’t mind commissioning articles (like the one I wrote in The Advocate, commissioned by Pride Canada last year) stating “#BlackLivesMatter belongs at the centre of Pride, not on the outskirts of it,” but dislike when Black Lives Matter makes demands.

Any sense of progress I might have had – including the hopes that burgeoned when I saw the changes brought to Pride Montreal by the tireless labour of rad queer and trans activists – died when I learned that Pride Toronto will be readmitting uniformed police officers in its parade.

From an event rooted in queer liberation led by Black and Latinx communities, Pride has now become a corporate advertising campaign that allows the very people who harm our communities most – the agents of state violence – to march alongside us.

How should Pride evolve? How should Pride move forward? These are natural questions to ask given the critiques brought against it. And I will certainly set myself apart from other leftist commentators by answering: it shouldn’t.

Pride is quite simply too far gone to save. Let it die.

Though I say this facetiously – I recognize the importance Pride has had and continues to have for many – I encourage readers to entertain the idea that Pride doesn’t deserve our labour. For all our desires to see Pride return to its radical roots, for all our desires to return to the time when being queer was – as activists wrote in the 1990 leaflet Queers Read This – “about gender-fuck and secrets, what’s beneath the belt and deep inside the heart,” because “we know that everyone of us, every body, every cunt, every heart and ass and dick is a world of pleasure waiting to be explored,” it will never happen.

Pride will never be radical. It can’t be. You can’t take politically loaded stances that challenge the violent arrangement of our social world while receiving big bucks from TD Bank. Corporate money comes with corporate codes of conduct: don’t make too many waves and don’t make the wrong kinds of waves or we’ll take your livelihood away. That may be why, while it allowed trans women to lead the parade, Pride Montreal hardly featured any of the scantily clad studs that have long defined it – maybe the sponsors didn’t like the sexual overtones.

Although I have missed every single Pride parade prior to this summer’s, I have attended every single Montreal Trans March ever since I came out. Organized by Euphorie dans le genre, the March is overtly political, and each year focuses on a selected issue. This year’s was rights for trans families. The previous two years were rights for trans migrants – rights that have yet to be secured.

Why would I miss it? We get to chant “We’re here, we’re queer, we’re powerful, don’t fuck with us!”

Separate marches and alternative Prides have proliferated in Canada. Besides the Trans March, Montreal hosts Pervers/Cité. Vancouver has Alternative Pride. Toronto has its own alternative in the form of Bricks and Glitter – a name that couldn’t possibly better capture the essence of queer liberation. In the words of Bricks and Glitter co-founder Daniel Mack, “Where Pride values rainbow flags, consumer culture, masc4masc and middle-class, cis, white gay concerns, alternatives allow for counter and non-hegemonic voices to break through the noise.”

So long as Pride panders to corporate sponsors, it will never be radical. And so long as it is Pride, it will pander to corporate sponsors. Pride’s unfettered growth demands amounts of time and money that aren’t within the reach of grassroots organizations. It needs affluent lawyers and big bank cash to survive.

This isn’t to say we shouldn’t seek to improve Pride. Pride can and should be improved so long as it exists. There is value in engaging with Pride: though it has been shy on funding, Pride could provide the money needed for a few of our own projects. However, it doesn’t hold the promise of a radically different society. Even reformed, Pride doesn’t hold the promise of queer liberation.

So instead of reforming Pride, we should turn toward alternative avenues to provide us with the community belonging and intimacy we need to organize against – and survive – capitalism and its close cousin, the rise of fascism. Long gone are the days of pride. Now is a time for justice.

Florence Ashley is a transfeminine scholar and LL.M. Candidate at McGill University, Faculty of Law.