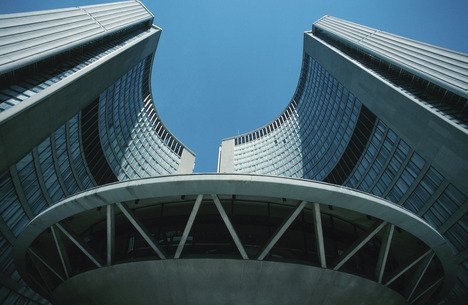 Itll be death by a thousand cuts for the budget if the right gets its way.

Oh goody. City budget time again. Now maybe the self-righteous press can give the Adam Giambrone “sex scandal” and his resulting exit from the mayoral race a rest. Or not.[rssbreak]

No doubt a few among council’s right wing, talented spinners that they are, will want the 4 per cent property tax hike proposed in this year’s $9.2 billion budget, and all debate related to it, to be seen through their minimalist prism.

The numbers released Tuesday, February 16, are more evidence, they’ll say, that the Miller regime can’t keep its house, financial or otherwise, in order. Sit up and take notice.

It’ll be death by a thousand cuts for this budget if the right has its way.

The mayor has signalled his intention to be present at the debate, and on Tuesday made an impassioned defence of the documents readied by the budget committee.

“You can’t have a great city for free,” Miller said. “Helping people live a good quality of life, where local services are delivered effectively… is ultimately the hallmark of an inclusive and compassionate community.

“Building a great city takes commitment, partnership and sacrifice – from all of us.”

But the die may already have been cast. In the current cut-cut-cut political climate, with a mayoral race as a backdrop, the mushy middle that usually votes with the mayor may not stay the course. They’ll be positioning themselves with the new administration in mind. Mayoral wannabe Giorgio Mammoliti has already started squawking about “lazy” managers at the TTC, for which $1.4 billion has been earmarked.

The mayor says the city’s working on an agreement with the province to permanently pick up the 50 per cent TTC subsidy costing the city some $200 million this year.

So what will council’s right go after to get to the zero property tax increase they so covet? Chances are it won’t be the freeze on development charges established in 2009. Miller good for business? Crazy talk. What’s the Board of Trade doing on Miller’s back when business taxes have been reduced by $190 million since 2006?

Will programs in priority neighbourhoods that have made for some real success stories be on the right’s hit list? The $1.3 billion for employment and social services? What about the surplus from this summer’s city workers’ strike? Bet on it, says budget chief Shelley Carroll.

“The same individuals who stood up to rage at the unsustainable over-reliance on one-time funding, the same individuals who rose to rant that we should get our house in order and do some real cost-cutting, will now insist that we eliminate the property tax increase by plugging the hole with a one-time surplus created by the very painful strike,” says Carroll.

Oh, yes. It’ll be the usual targets, the ones that matter most on the quality-of-life meter.

What about the police budget, nearing $1 billion? Law-and-order types usually loath to take a swipe at the cops’ ample kitty may be moved to mess with it this time around. They’re not to keen on the big bucks going to community policing, despite obvious successes and record low crime rates on the street.

Some numbers to consider: some 15 per cent of city revenue already comes from user fees 11 per cent of revenue goes to paying the interest and principal on capital programs (that’s city-building projects, folks) 39 per cent of the total budget comes from property taxes 70 per cent of property taxes goes to transit, emergency services and provincially ?mandated health and social services.

There is already pain in the budget: reduced library hours, staff reductions and user fees. As the mayor said in his remarks at the budget’s unveiling, “It’s a unique time.”

Especially in an election year.