Those unfamiliar with how U.S. corporate media work might assume that the murder of six people in a Quebec City. 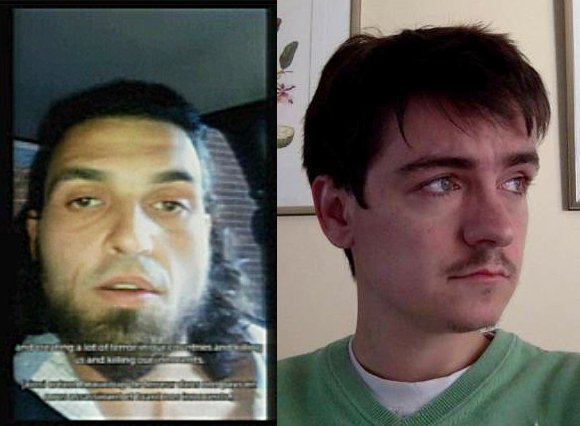 Those unfamiliar with how U.S. corporate media work might assume that the murder of six people in a Quebec City mosque, allegedly by far-right white supremacist Alexandre Bissonnette, would be a big story.

After all, the January 29 massacre happened when the United States had just begun a furious debate over Donald Trumps executive order barring citizens of seven Muslim-majority countries, ostensibly as an anti-terrorism measure. Thousands of protesters descended upon airports across the country, denouncing the order as arbitrary scapegoating.

The suspect in the attack at the Islamic Cultural Centre of Quebec, which left 17 wounded in addition to those killed, was known for his anti-immigrant and anti-feminist views. Among the likes on his (now suspended) Facebook page were Donald Trump and French neo-fascist Marine Le Pen.

The attack could have provided a critical lesson in the fallacy and danger of singling out particular categories of people. That is, if U.S. media had paid more than passing attention to the story.

To get a sense of how little coverage the Quebec mosque attack got, Fairness and Accuracy in Reporting (FAIR) counted mentions of Bissonnettes name in eight outlets included in the Nexis news database, from January 30 (when police released his name) until February 2.

For comparison purposes, we tallied mentions of Michael Zehaf–Bibeau, the reported assailant in a 2014 attack on Parliament Hill in Ottawa, that left one soldier, along with Zehaf-Bibeau, dead. We searched for his name in stories from October 22 to 25, 2014.

Every outlet we checked had more coverage of Zehaf-Bibeau than of Bissonnette ranging from 50 per cent more stories on CBS to more than 11 times as many stories on CNN. (PBS NewsHour, which ran three stories referencing Zehaf-Bibeau, did not run any stories on Bissonnette.) Most of these outlets ran one or two stories talking about the mosque attack suspect, versus five to seven stories with the Parliament attacker.

All in all, there were 88 Zehaf-Bibeau stories and 15 Bissonnette stories, a ratio of about six to one.

Of course, there are differences between the two attacks, the most obvious being that the one Bissonnette is accused of killed six times as many victims.

But for corporate media, the salient difference is that Zehaf-Bibeau was a Muslim convert, reportedly upset about Canadian military intervention in the Middle East. (He also had a long history of substance abuse problems and reportedly told a friend, The Devil is chasing me, but that was less relevant to news outlets choice to focus on him.)

Corporate media in the United States have a strong predisposition to identify terrorism as politically motivated violence committed by Muslims, even though such crimes are a small percentage of U.S. political violence.

This association, of course, leads them to cover violence perpetrated by Muslims more heavily, reinforcing the misleading connection between terror and Islam and letting stories that might encourage the public to reconsider the issue, like the Quebec mosque attack, fade away out of the media spotlight.

Jim Naureckas is the editor of New York City-based Fairness and Accuracy in Reporting. This is a slightly edited version of an article originally published at FAIR.org.