"The old right in Europe was not against immigrants because they provided cheap labour, but the alt-right is interested only in stirring fear to get into power." 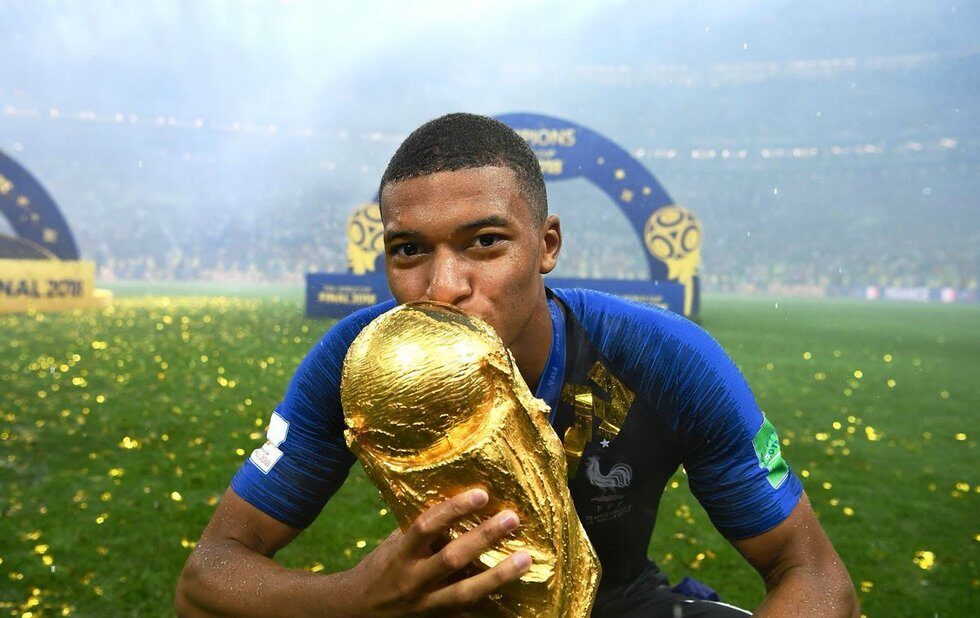 In the face of growing anti-immigrant sentiment in the United States and parts of Europe, France’s national team triumphed in the recently concluded World Cup with a squad composed mostly of players whose families are originally from Africa.

There are others among the team, like Olivier Giroud and Antoine Griezmann, whose parents emigrated from other parts of Europe to France. In fact, only two in the starting lineup – Benjamin Pavard and Florian Thauvin – can lay claim to being full-blooded Frenchmen.

It’s the second time France has won the World Cup with a similar composition of immigrants’ sons having raised the trophy with the great Zinedine Zidane as captain in 1998. Zidane’s background is Algerian.

“It is not only in sport that immigrants show their mettle and ability to excel. In almost every sphere of human endeavour, immigrants make immense contributions to their new environment,” notes Paul Dillon, managing editor of the media and communications division at the Geneva, Switzerland-based International Organization for Migration, which provides services and advice on immigration to governments and migrants, including internally displaced persons, refugees and migrant workers.

“I am Canadian from Quebec, and my parents were immigrants, too,” says Dillon. “I can tell you that Canada and America and many European nations will not be what they are today without the immense work and flourishing of the cultures that have contributed to their successes. You don’t have to look too far to find examples that immigration brings a net benefit to a country, not just in sports.”

According to the Inter Press Service (IPS), a non-profit news agency specializing in globalization, development and aid, statistics from almost every country in Europe – including countries where anti-immigrant parties are on the rise – reveal the significant contributions immigrants make to the economy.

Yet, myths about immigration persist.

“The old right,” notes IPS founder Roberto Savio in a recent news report, “was not against immigrants, because they provided cheap labour. It was mildly nationalist but was never xenophobic (Jews apart). The alternative right is not interested in statistics and economics. It is interested only in stirring fear, to get to power.”

In its own 2016 study, the U.S.-based management consulting giant McKinsey Global Institute makes the following observations: “The movement of people to regions where they can be more productive boosts output many of the world’s leading destinations are also aging societies that can benefit from the labour-force growth and improved old-age dependency ratios that an influx of immigrants can bring.”

The report goes on to say that the benefits of immigration “have ripple effects that persist well into the second and third generations. Yet policy discussions surrounding immigration in many countries tend to focus on determining the right numbers and mix of people to admit rather than finding the right formula for integration.”

The institute’s study also emphasizes that proper integration makes new immigrants less burdensome to society, and figures across the board show that immigrant populations are more employed than native-born and commit less crime.

“Statistics generally also favour migrants in the area of crime,” says Dillon. “There are studies pointing to these facts contrary to what some people want others to believe. It is true in Sweden, Finland and the United States.”

The cynics, however, continue to be egged on by opportunistic politicians selling fake nationalism, in particular U.S. president Donald Trump, whose abusive rhetoric against migrants is well known.

Trump criticized the European Union policy on immigration on his trip there recently, saying migration is “a very negative thing for Europe. You are changing culture,” he warned.

Early this year, Trump said Africans in the United States “come from shithole countries,” even while African immigrants in the U.S. account for 57 per cent of university graduates and are actually the most educated ethnic group in the American workforce.

On the opening day of his campaign for president in 2016, he lashed out at Mexicans as criminals, saying “they bring in crime.”

But recent figures released by the Public Policy Institute of California show that people born outside the United States make up about 35 per cent of California’s adult population but account for about 17 per cent of the adult prison population.

Critics of immigration, says Spanish philosopher Adela Cortina, are not only perverted by bigotry, but a hatred for poor people. According to Cortina, “football players, artists and rich people, even those who are Muslims, like princes, are most welcome in Europe. Those who are not welcome are the poor.”

And almost all of the African-born footballers on the victorious French team will tell you that their immigrant parents, too, were once very poor.

Peter Uduehi is publisher/editor of africanworldnewsmedia.com