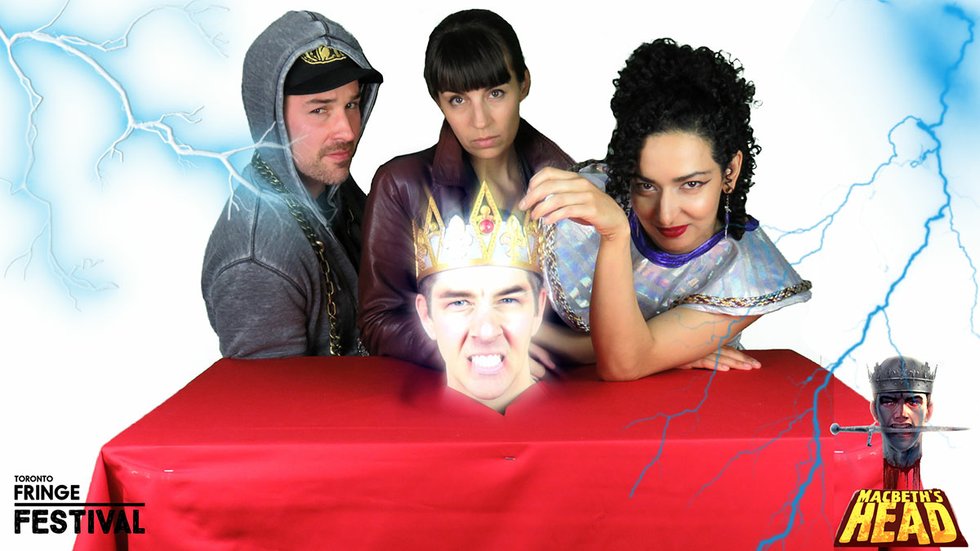 Knowledge of Shakespeare’s plays is not necessary to appreciate this unique take on the Bard, but aficionados will find even more reasons to rejoice.

The zaniness begins when an actor named Tim (Roberto Esteves) flouts superstition and utters the unspeakable name of the Scottish Play, despite warnings from fellow thespian Rupert (Julian Nicholson). Without giving away any surprises, this sets the two of them up for a hilarious adventure confronting some of the Bard’s most famous characters in order to save William Shakespeare (Scott McCulloch) and his canon of work.

Kyle McDonald does triple duty as writer, director and the eponymous head, relying on his facial expressions and voice to maintain a commanding presence. Although the staging is a little choppy at times, McDonald has as much fun with physical humour as he does with language.

But there’s also depth in his script, particularly in a surprising revelation about Hamlet (Gabriel DiFabio). McDonald references the historical rivalries between playwrights of the time period, and a particularly funny moment has the mercurial Macbeth threatening to transfer Hamlet to one of Ben Jonson’s plays.

Loaded with laughs, this Shakespearean parody is a head above the rest.