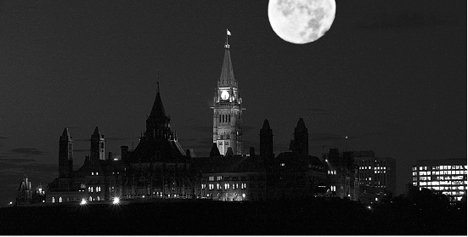 When I took my first course in Canadian history way back, the final exam question was “Canada has no ideological political parties, just coalitions seeking political office. Discuss.”

Given this week’s riveting events, I’m struck by my old prof’s framing of the Canuck reality. The fact is, we’d better get used to mix-and-match governments. Whatever happens to this particular attempt, all the conditions exist to make alliance politics the next new Canadian tradition.

A look at the history of big-tent parties tells the tale of what’s changed. Those multi-interest groupings reflected the fact that diversity of regional interests and cultures counted for more than ideology in mainstream Canuck politics until recently. The two parties changed their names once in a while, but their real names were “in” and “out.”

The old-line Libs and Conservatives included as much difference of opinion within their ranks as with the competing party, and each included pro-labour lefties, Quebec nationalists and deep greens who could match all but the most militant of New Dems, Greens or Bloquistes.

After Mulroney, the collapse of the old Progressive Conservatives brought about the first bankruptcy of the department-store-style parties, as Tories yielded to the narrow and ideological Reform neo-cons.

The fracturing of the old PCs allowed the big-tent Libs to control the political agenda of the 1990s. But the big winners since then were the “splinter” groups, the Bloc and Greens, the political equivalents of the niche marketing that has battered down old brand consumer loyalties. Those two have also made things difficult for the labour-based NDP, the result of an older fracture.

Today’s coalition draws on this history. The old parties found it fairly easy to form alliances in government, commonly remembered as the most positive, productive and progressive of their era. During the 1920s, a lone progressive, J.S. Woodsworth, later the founder of the socialist CCF, exchanged his vote supporting Mackenzie King’s Liberals for King’s commitment to introduce old age pensions.

The 1985 accord between New Democrats and Liberals in Ontario netted such gains as equal pay for women, recognition of human rights for gays and phasing out of acid rain.

What’s different today is that Canadians are very specific about their votes they don’t put up with second choices. They want parties that closely reflect them, one reason why the Liberals are in decline. This political transformation parallels the transformation in the marketplace. Food is the perfect example, with purchasers deciding between organic, conventional, biodynamic, local, grass-fed and fair trade.

“I want my no-fat latte topped with nutmeg, not chocolate or cinnamon” goes well beyond what any company relying on mass production or any party relying on one central message can provide. In politics, as in shopping, the demand and space for variety and personalized responsiveness is hard to reverse.

Nowadays, coalitions will happen not inside each party, as in the old big-tent days, but between parties, and not during elections, but after.

Medley politics will start to imitate the hot food trend known as fusion. Every ingredient sustains its own intensity and authenticity, but the new mix is more vibrant and challenging than the sum of its parts. This is what Canadians could be getting their first taste of now.

Wayne Roberts is the author of The No-Nonsense Guide To World Food (Between the Lines).