Future of Cannabis Culture dispensaries up in smoke after police raids

"Our livelihood, our brand, our money, our inventories all gone!" says owner Marc Emery, after co-ordinated police operation shuts down storefront marijuana shops in Toronto and franchise's head office in Vancouver 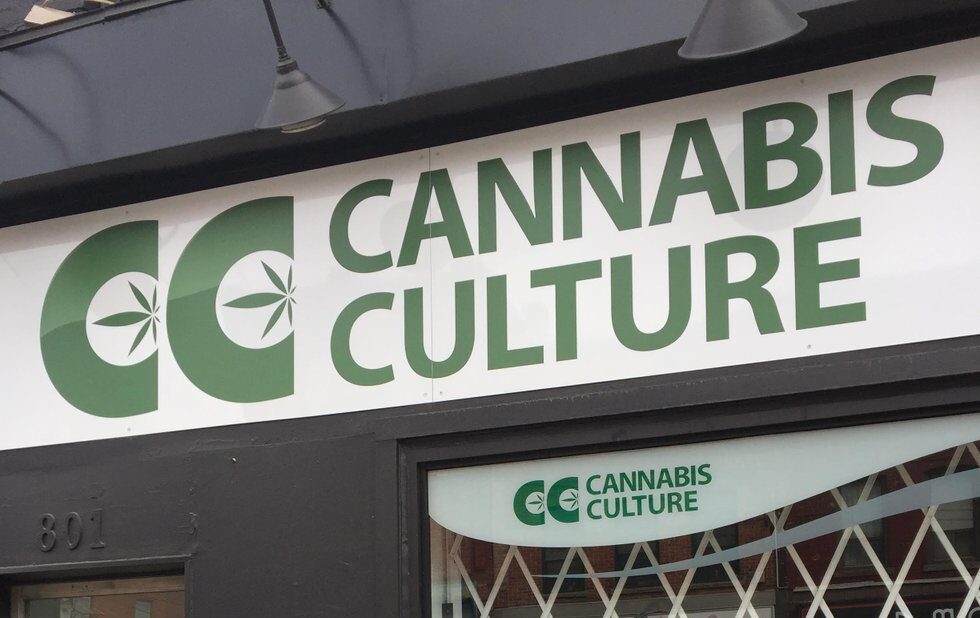 The faint smell of marijuana smoke hung in the halls of Old City Hall on Friday, as dozens turned out for the bail hearing of Cannabis Culture dispensary owners Marc and Jodie Emery.

The “Prince and Princess of Pot,” were arrested, along with business partners Chris Goodwin, Erin Goodwin, and Britney Guerra, on Wednesday night and charged with raft of marijuana-related offences, including trafficking and possession of the proceeds of crime. The arrests were part of Project Gator, a nationwide operation co-ordinated by Toronto police specifically targeting six Cannabis Culture locations in Toronto and Hamilton, and Cannabis Culture’s magazine offices in Vancouver, where no charges were laid but computers seized. Two Cannabis Culture stores in Ottawa were also raided, though police say those were not connected to Project Gator.

Police seized more than 65 kilograms of cannabis and 2.4 kilograms of concentrates, as well as more than $250,000 in cash, ramping up a police war on dispensaries that has been escalating in recent weeks as the Trudeau government, which has promised a recreational marijuana regime by spring, continues to drag its feet on legalization.

It’s unclear why Cannabis Culture was targeted. One might interpret Project Gator as a final swipe by the police at the Emerys, who have had a long history of facing off against law enforcement as the faces of the legalization movement in Canada. The couple were front and centre during last May’s Project Claudia raids, with Jodie Emery crashing the police press conference at headquarters to protest the police action.

But a number of armed robberies of dispensaries in recent months, including at a dispensary on Eglinton West in midtown February 15, has sparked renewed calls from local politicians to shutdown the operations.

And while the Emerys were released Friday, there will be questions about the future of their storefront franchise, which boasts some 19 locations in B.C., Ontario and Quebec.

There are no clear answers on how the stores will operate without the involvement of the Emerys, who have been the face of the franchise. But the couple seem prepared to comply with the terms of their release for now.

“Jodie and I can no longer be involved with Cannabis Culture stores or the brand, despite it being the culmination of 24 years of hard work and struggle,” wrote Emery in a Facebook post late Friday, that he says was written in an internet cafe after police seized their phones and computers. “You won’t find me at any Cannabis Culture stores, or any dispensary, for that matter. Our livelihood, our brand, our money, our inventories all gone!”

Emery writes that plans are in the works for a cross-Canada tour in May, but the couple’s current bail conditions forbid them from leaving Ontario.

According to Emery, Cannabis Culture employees are “keen to take over” the businesses.

Certainly, by Friday afternoon, even before the Emerys had been released, Cannabis Culture’s Church Street store had re-opened, with staff openly defying the police by selling a special strain, “OG Gator,” as a middle finger to the police operation.

“We’re going to re-open every time,” said Chris, an employee at the store, who did not provide a last name. He, along with other employees and the store manager, were present during the raids, but not charged. It was another twist in a day full of them.

What should have otherwise been a fairly routine bail hearing was marked by confusion from the start. First scheduled for 10 am, the start time was pushed back an hour to accommodate the large crowd of supporters in the courthouse. Proceedings were delayed again, because the defendants had not fully read the 50-page summary setting out the charges against them. Shortly after noon, the court learned that the Justice of the Peace assigned to the court had become ill and needed to be taken to hospital, delaying proceedings until after 2 pm, when another justice could be found. All five were eventually released at around 7 p.m. on Friday.

The Emerys will appear in court again on April 21. Their lawyer had initially proposed April 20 (also known as 420, the day reserved for the annual smoke-out at Nathan Phillips Square), but moved the date at Marc Emery’s immediate – and passionate – objection.