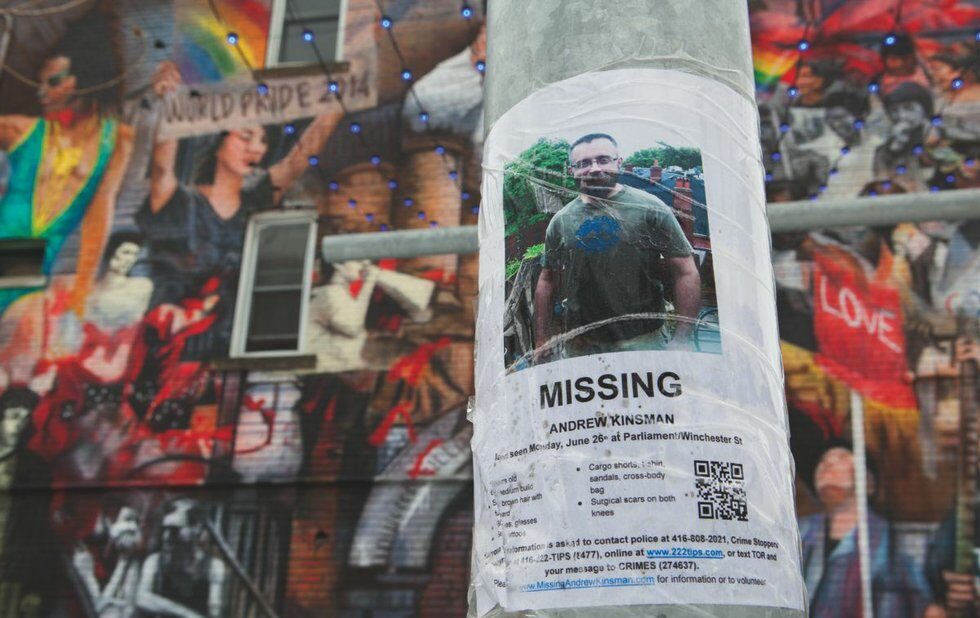 The Independent Civilian Review into Missing Person Investigations held a virtual town hall on Wednesday (October 14). It was the last public consultation before the review headed by former Ontario Court of Appeal judge Gloria Epstein into Toronto police’s handling of the investigations into the Bruce McArthur serial murders makes its recommendations.

It’s not clear what those recommendations will be yet. They’re not due until January 2021. But Epstein is promising they will be “far-reaching.”

The review has conducted some 1,200 interviews, including in-person with many members of Toronto’s LGBTQ2S community. According to Mark Sandler, the review’s lead counsel, some of the same trust and policing bias issues surrounding the RCMP’s investigations into the murders of Indigenous women by BC pig farmer Robert Pickton have emerged in the review body’s work into the McArthur murders.

On that front, Sandler drew comparisons to the Office of the Independent Police Review Director’s (OIPRD) 2018 report into anti-Indigenous racism on the Thunder Bay police force (Sandler was lead counsel in that review). Sandler also compared the review body’s findings so far to the Ontario Human Rights Commission’s reports into anti-Black racism on the Toronto force.

Sandler says “whether lessons learned in prior reports have been adopted by Toronto police” will be a focus of the missing persons’ review.

The review was ordered by the Toronto Police Services Board in June 2018 over the Toronto police’s handling of missing persons reports in the Church-Wellesley neighbourhood. That was following the deaths of 10 people, eight of those at the hands of McArthur.

The review body’s mandate was expanded in January 2019 after McArthur pleaded guilty to eight counts of murder – and following revelations that McArthur escaped detection by police despite the fact he was questioned in 2014 and was reported in 2016 to police by someone who said McArthur tried to kill him.

The review will include a look into the work of two separate task forces set up by Toronto police into missing persons in the Village – Project Houston and Project Prism – as well as the circumstances surrounding separate investigations into the deaths of Tess Richey and Alloura Wells. Richey was found by her family in a stairwell near the intersection of Church and Wellesley after a missing person report to police initially went unanswered. Wells’ badly decomposed body was found in a ravine several months after she was reported missing.

The Missing Person’s Review has been somewhat upended by the pandemic from gathering more public input. But its work says Epstein, has only become more important following the death of George Floyd at the hands of police in the United States and all the issues that has raised around defunding of police.

Sandler says the review has gone as far as to looking into alternative models of policing, including handing over missing person investigations to social service agencies – at least in those cases where there is no sign of criminality.

Sandler says that the review body’s preliminary work reveals that there’s a long way to go in fixing the damage done by decades of policing bias toward marginalized and racialized communities.

A survey of some 1000 people, including members of Toronto’s LGBTQ2S community conducted by the review, found deep-seated antagonism toward the police. Nearly half of those surveyed expressed “little or no confidence” in Toronto police when it comes to conducting missing persons’ investigations. The numbers are worse for those who identify as trans or non-binary and people of colour.

Moreover, some 12 per cent of people surveyed say they’ve chosen not to approach the police about missing persons in the past because they believed police would not take the matter seriously.

Local activist Gary Kinsman, one participant in the town hall, says Toronto police “actively discouraged” members of the LGBTQ community from organizing to get the word out when it became clear that a killer was on the loose in The Village.

Another participant offered that more transparency is needed around the membership and work of police-community liaison committees. She offered that while they’ve been a fixture for many years in the LGBTQ community, it’s no longer clear how representative they are of community concerns.

A third participant opined that as long as “the tools of prosecution” are left exclusively to those in the justice system, “there is always going to be a barrier to trusting the police.” That sentiment seemed to capture the general mood of the meeting.