When GM stood for Generous Motors 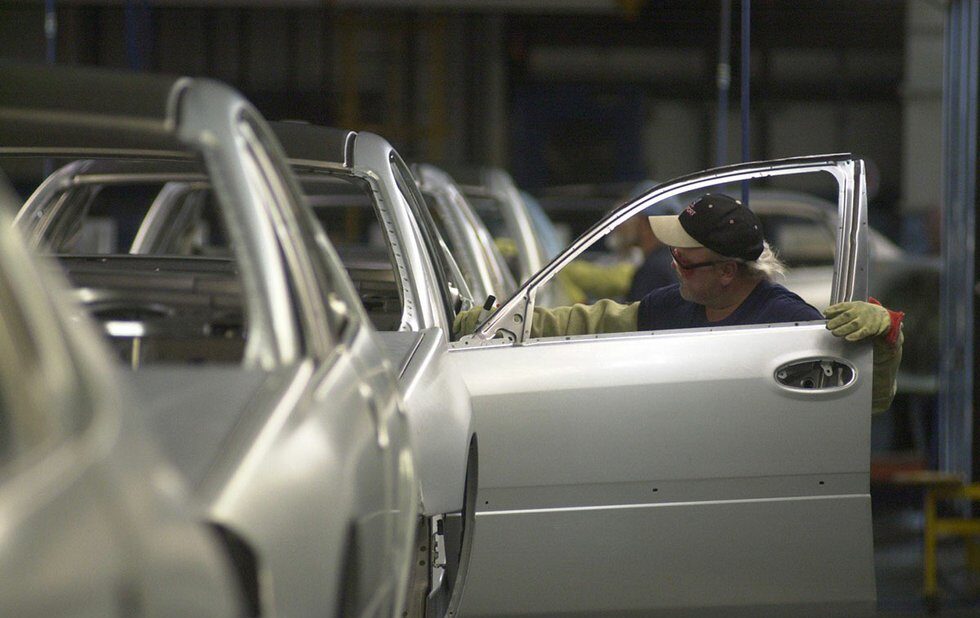 General Motors surprise announcement on November 26 of the impending shutdown of its historic Oshawa auto factory was taken in stride by mainstream media and business reporters.

Its a sad time for those employed at the company, thats for sure. But its nothing like the disastrous impact a shutdown could have had if it was back in the days when the plant employed 36,000 workers, the pundits said. It will be hard on the 2,500 people connected to the plant, but 2,500 job openings come up every few days in Canadas booming economy.

Both statements are factually correct but entirely miss the point or rather, two points that deserve to be seen as part and parcel of the story of the Oshawa closure.

The first and glaringly obvious point is that 2,500 jobs paying in the neighbourhood of $80,000 a year are not to be found anywhere in any Canadian service, retail, heavy industry or high-tech shops. This shutdown marks the end of the legacy European social analysts call les trente glorieuses the years from 1950 to 1980 when able-bodied workers could find factory and office jobs that paid for a house, a college education for their kids and a pension that turned old age into the sunset years. General Motors once lived up to that ideal, and earned the nickname among its employees of Generous Motors.

That ship, as Doug Ford said at Queens Park, has now “left the dock.”

The second, and glaringly suppressed, point is that, in living memory, Canadian politicians of the left, right and centre would have assumed a shutdown of this magnitude was a problem of industrial policy and strategy.

These pillars of government economic policy had been an assumed part of Canadas stature as a modern nation since 1878, when Canadas first Prime Minister, John A. Macdonald, coined the term National Policy to describe his industrial strategy based on high tariffs to protect local manufacturing and markets for Canadian farmers.

The same assumption has held steady in Ontario since the early 1900s, when Empire Ontario meant publicly owned hydro to supply manufacturers, and the legal requirement of local processing to prevent foreign corporations from taking raw resources out of the province and locating those jobs elsewhere.

These were not just industrial policies. They were part of local and national identities. Certainly Bill Davis, Ontario premier during the early 1980s, and Pierre Trudeau, prime minister in the same era, took industrial policy and strategy as a given.

The consensus shared across divides between Quebec and English Canada, and among voters from the left, right and centre, was that industrial policy and strategy were essential to a modern country.

Everyone understood that decisions as to what plants went where and when would be made in and by the market, but the overall game plan for what plants went where involved much more than economics and markets. It was about good jobs, domestic control of local economic futures, linking benefits for workers and farmers in various regions and providing for people of various ages and skills.

The biggest weakness in that old consensus was the issue of what to do in the event of factory shutdowns.

Everyone assumed the new jobs would go on forever. Why would anyone leave? But the idea that markets would one day be global, not just continental, and that corporations would one day be transnational, not just multinational, was not imagined. Nor could it be conceived that the distances between producers and consumers, or between company executives and producers, could ever be very far apart. As a result, laws in Ontario and Canada lagged far behind Europe, where planning for shutdowns was part of industrial strategy and policy.

In Europe, a company that took billions of dollars in incentives, as GM did in 2009, could not just announce one day that it was closing shop. It had to meet beforehand with union and government officials and plan its exit, including multiple obligations to affected workers and communities.

These European obligations were so onerous that any corporation with a base in Europe looked to the colonies for a place to shut down a place where governments imposed no price on closures, and where workers didnt occupy the plant to keep it intact for re-opening under workers auspices.

Ontarios Ford government would likely resist such restrictions on global corporations as being contrary to its commitment to make Ontario open for business. But open for business is for suckers who create conditions ripe for a quick and easy closure. And humiliating Ontario and Canadian governments and workers by shutting down Oshawa without notice or negotiations is the last nail in the coffin of a once-powerful national tradition.