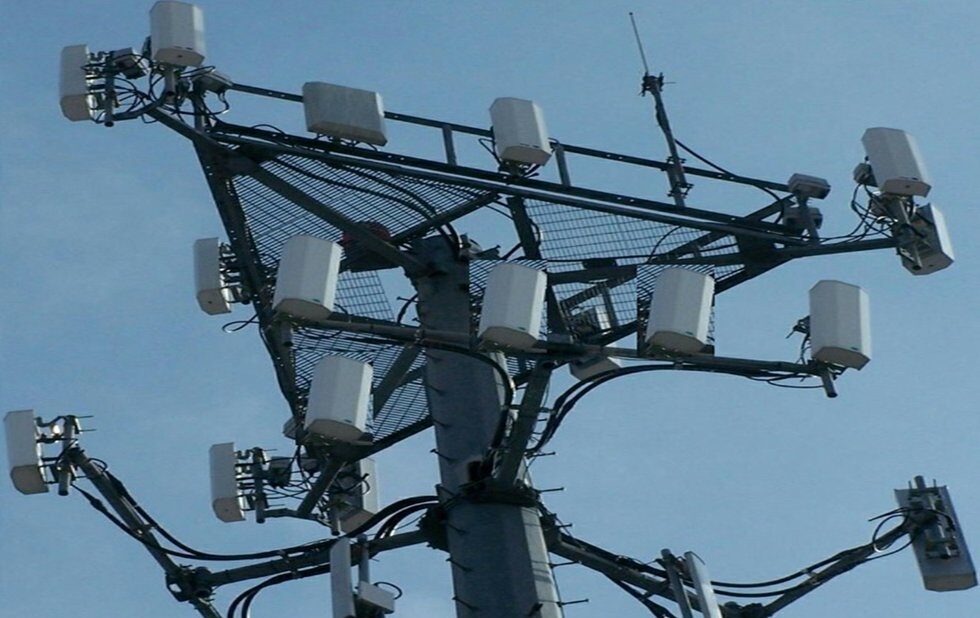 The global race to roll out new fifth-generation wireless infrastructure, aka 5G, is well underway. 5G’s muscular data-transmission capabilities will enable driverless cars, the Internet of Things and smart cities, such as Sidewalk Labs’s proposal to turn Quayside and the Port Lands into a high-tech laboratory complete with automated everything.

But the technology’s potential adverse health effects from electromagnetic hypersensitivity are emerging as a serious concern.

5G will amp up radio frequency (RF) radiation exposures, which should worry everyone, according to the more than 230 international scientists from 41 countries who have demanded a moratorium on 5G until its health and environmental effects can be understood.

Because 5G waves get derailed by obstacles like trees, leaves and even rain, hundreds of thousands of 5G base stations, called small cells, will have to be deployed on buildings, lampposts and street furniture for the technology to work properly. The laptop-sized cells, spaced about 10 to 15 houses apart and each containing hundreds of transmitters, will amplify levels of RF radiation in the environment.

With small cells placed on every street and sidewalk, and right in front of people’s homes, everyone is going to be exposed to a much greater degree than they are right now with 3G and 4G, says David Carpenter, director of the Institute for Health and the Environment at the University at Albany, New York.

“Just with continuing our exposure to 3G and 4G a lot of people are getting sick,” says Magda Havas, an associate professor at Trent University’s School of the Environment.

Radio frequency radiation – such as that emitted by cellphones and computers – is non-ionizing, meaning it doesn’t knock electrons out of their orbit the way more dangerous ionizing radiation, like an x-ray, does.

According to the International Commission on Non-Ionizing Radiation Protection (ICNIRP), an influential NGO that establishes safety guidelines on which many governments (including Canada’s) base their standards, RF radiation is safe as long as the exposure isn’t intense enough to heat tissue, which could cause dehydration or worse.

Despite some countries, like Switzerland, Russia, Poland and Bulgaria, having adopted RF exposure limits up to 100 times more stringent than ICNIRP’s, the commission is considering relaxing its standards for the first time since 1998.

That would be good news for the telecom industry, which is anxiously awaiting loosening of the guidelines to ease the full build-out of their 5G systems.

But no studies to date show 5G is safe, says Lennart Hardell, a cancer researcher and professor of oncology and cancer epidemiology at University Hospital in Örebro, Sweden.

The few studies done so far suggest 5G’s millimeter waves may cause skin and eye damage, and may affect the sweat glands. That’s because 5G’s intense laser-like beams don’t penetrate deeply, leaving radiation to concentrate on the surface of the skin, the body’s biggest organ and an integral part of its immune system. There’s a possibility that nerve routes in the skin could transmit the radiation into the body. Also, 5G’s use of electromagnetic frequencies in crowd-control technology suggests possible mental health effects.

“This is a technique for data transmission that is, from the point of view of health, a very, very poor idea,” says Paul Héroux, an associate professor in the Faculty of Medicine at McGill University.

Studies published within the last 12 months point fingers at distinct health hazards even from current RF radiation levels. One UK study found the instances of a specific type of fatal brain tumour almost doubled between 1995 and 2015.

Two big animal studies, one from the American National Toxicology Program and the other from Italy’s Ramazzini Institute, mirrored human research showing increased risk for both brain and ear tumours, even at lower radiation intensities, from phone use.

In 2011, the International Agency for Research on Cancer declared RF radiation a Class 2b Possible Human Carcinogen. The agency should consider bumping its classification up to a Group 1 Human Carcinogen in light of new evidence, say Hardell and Miller, which would put the technology in the same class as tobacco, asbestos and dioxins.

Studies already show RF radiation increases the risk of brain cancer on the side of the head where people hold their cellphones, says Anthony Miller, professor emeritus at the University of Toronto’s Dalla Lana School of Public Health. Women who wear their cellphones in their bras are turning up with breast cancer, and men putting laptops on their laps or keeping cellphones in their belts are ending up with reduced sperm counts.

There’s also been a sharp increase in thyroid cancer in Sweden, which Hardell thinks could be related to the location of the smartphone antenna at its base, which is the part normally held near the thyroid.

While authorities such as Health Canada say there still isn’t enough evidence to warrant tighter safety standards, Frank Clegg, head of the advocacy group Canadians for Safe Technology and a former president of Microsoft Canada, says the potential health effects are made more urgent by the fact that governments can’t keep up with the rapid changes in technology.

Clegg suggests conflicts of interest may be at play – as the telecom industry reaps billions from sales of its products, society allows it to escape responsibility for the effects.

“If you get cancer or neurological disease, and if you get reproductive problems and need in-vitro fertilization… it’s another system entirely that pays for that industry is not connected with this budget,” says Héroux.

Meanwhile, Canadians concerned about wireless rays being beamed into their bedrooms are left in the lurch as local governments have no authority to regulate where telecom companies choose to place infrastructure.

“They can put a cell tower in front of your home, irradiate you arbitrarily and you can’t say anything, so this is a type of obligatory exposure that is entirely incompatible with the most basic human rights,” says Héroux.

The call for a moratorium on 5G development, however, seems to have fallen on deaf ears.

“It’s a love affair with our gadgets,” says Miller, noting that most people ignore the warnings about cellphone use in their manuals. “They’re addicted.”

Héroux says a change in attitude doesn’t need to mean the end of wireless. We just need to use it in a smart way, he says.

But if the new technology turns out to be the health threat that some scientists predict, 5G will by then be impossible to rein in.