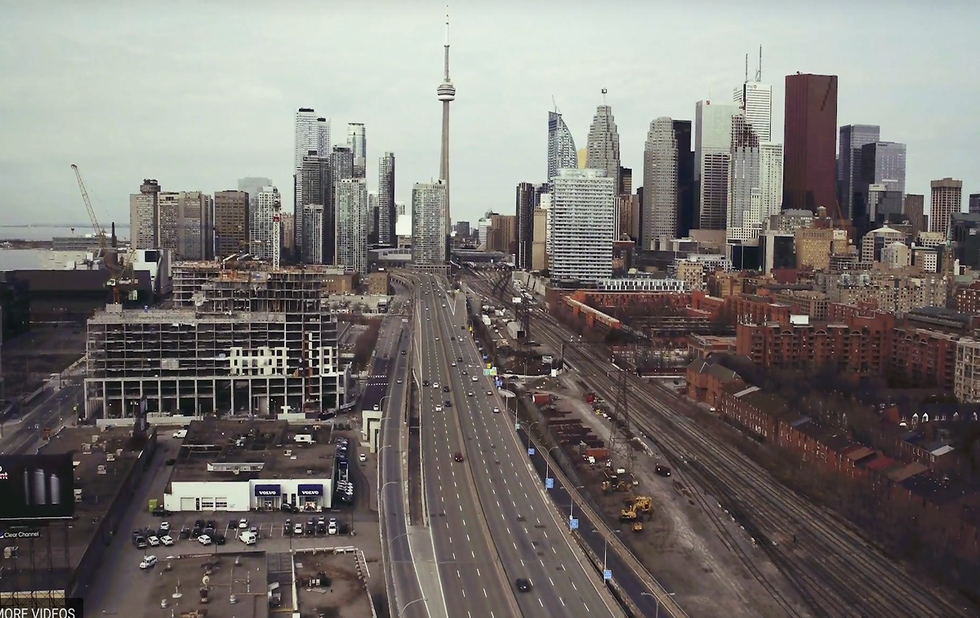 Sidewalk Labs (Google’s sister company) has won the right to develop a “smart city” proposal for Quayside on the Toronto waterfront, which will involve installing ubiquitous 3D sensors and capturing mass amounts of Big Data on residents. They say they don’t intend to own the data, but they want the infrastructure built to livestream so they can create behavioural algorithms and build software for city governments.

This kind of development is fraught with risks. Most people have heard about privacy concerns, but those that have been raised so far are just the tip of the iceberg.

On May 9, Sidewalk Labs welcomed the release of the Sidewalk Toronto Residents’ Reference Panel final report. In addition to being a member of the panel, I’ve been a contract researcher with the Ontario College of Art and Design’s Inclusive Design Research Centre on the topic of digital governance. I’ve been on a deep learning journey about this type of technology.

My submission to the panel report shows up at the end of the 67-page document, under the heading Minority Reports, along with four others on the panel who still have concerns about Sidewalk Labs’ project.

Among the hard questions I asked of the Sidewalk project:

• Will children be under surveillance, and how will their information be used? (There is a plan for a public school in the Quayside proposal.)

• Will Sidewalk Labs propose digital public-private partnerships for delivery of public services, such as health care?

• Will laser imaging of residents using LIDAR (Light Detection and Ranging) or similar technology be built into traffic-management systems?

• Can residents live in social housing at Quayside but opt out of as much data collection as they want? Or will people on social housing waiting lists have to choose between access now and privacy later?

• Will collected data be shared with police and security companies, and if so, under what circumstances?

I’ve seen little evidence of Sidewalk Labs engaging with the public on these and other questions.

Senior staff have acknowledged to me privately that these are problems. But I have heard of no plans for them to open up a dialogue about it.

CEO Dan Doctoroff has admitted to the House of Commons Ethics Committee that there is a “policy vacuum” around the world in dealing with Big Data, including in smart cities.

Should we slow this process down so regulators can catch up? Do our levels of government even have the capacity to hold Sidewalk Labs accountable if use of data by them or a third party contravenes civil rights?

Ontario’s Auditor General issued a report lambasting the Request for Proposal process that saw Sidewalk Labs win the competition to create a plan for Quayside. Apparently, Waterfront Toronto provided information to Sidewalk Labs ahead of the competition, but there has been no mea culpa. The former privacy commissioner of Ontario quit the project after Sidewalk went back on their word to guarantee protection of the identity of personal data, but there was no major turnabout.

It is difficult to anticipate all the larger-scale implications of a future-oriented development project on the Toronto waterfront, but there has been a lack of transparency from Sidewalk.

I requested that our organizers invite a (now former) member of Waterfront Toronto’s Digital Strategy Advisory Panel to help us dive deep into the important concerns about data privacy, governance and ethics, but was denied.

Every time anyone asked about Sidewalk’s plans to expand their smart city proposal to the Port Lands (or beyond), we were redirected to discuss Quayside only.

The panel spent five days together and received many documents to review. Despite this, we were often caught off guard by media coverage, such as the story in the Toronto Star about the proposed diversion of tax funds to Sidewalk Labs to pay for infrastructure, which was published after our last panel meeting.

We had a meeting about business models shortly before this story broke with John Brodhead, head of policy and strategy for Sidewalk Labs, in which he touched on financing of infrastructure, but we were not informed about the proposal discovered by the media.

Likewise, as resignations and criticism piled up over this project, our panel was not kept informed. Some learned of these developments independently, but there was no opportunity provided for discussion.

There was an element of this process that felt like a sales job – we were instructed not to choose whether we wanted this project or not, but to provide specific feedback on elements of it.

The panel had a lot of good questions, including about the need for more government regulation.

But some parts of the final report released last week present a message that we all think this project is a great idea and that the government should stop holding it back. This does not ring true to me.

It would be more accurate to say that there was a range of opinion, from those who were gung-ho to those who were more cautious, and that there may be times when the public wants to say no. There needs to be room to set boundaries.

The panel was led to believe that we were volunteering to offer feedback on a government partnership, not for a private developer.

Our panel did not address the data-related questions raised here. This is mostly because Sidewalk Labs consistently chose safer examples to frame the conversation. Let’s talk about potholes, they said, or how to make sure an older woman can have extra time to cross the street. Who would object to that?

But if we are going to solve the hard problems, we need to be honest about what they are.

Cybele Sack is a Toronto-based researcher on digital governance and freelance journalist.