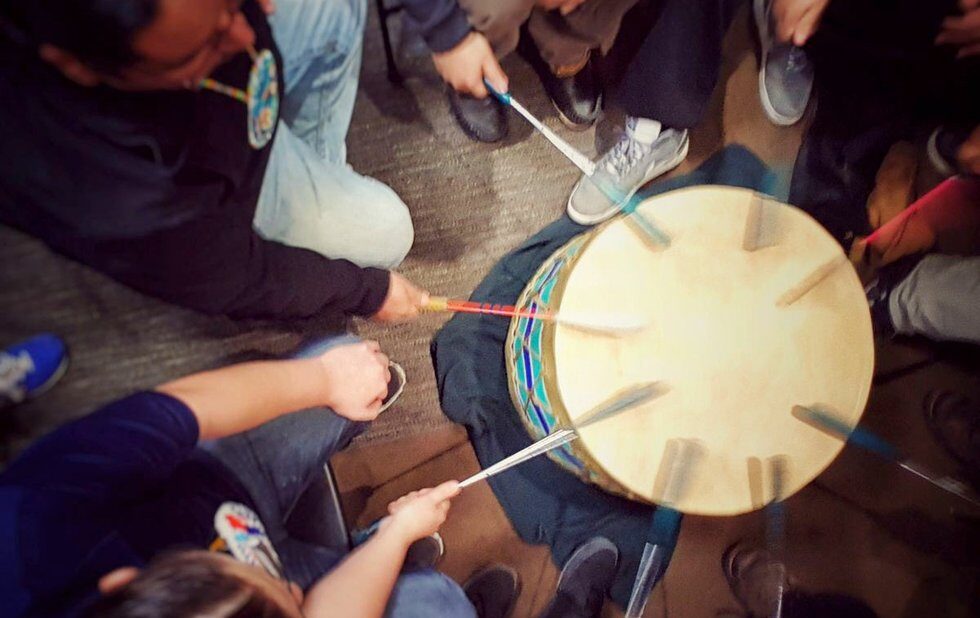 It’s an old government trick to force Indigenous communities to fight the same issue over and over, even when they suffer the destructive effects of environmental illness, as with the Anishinaabe of Grassy Narrows.

Many of the residents in the tiny First Nations community outside Kenora in northern Ontario suffer from neurological impairment and disabilities that often lead to early death. Experts, including researchers from Japan who have travelled to the community, attribute the symptoms to clear-cut logging and paper mill operations that have poisoned local water supplies with mercury since the 1960s.

Last June, the Ontario government pledged $85 million to clean up the mess caused by what then Minister of the Environment and Climate Change Glen Murray described as “gross neglect.”

But the money, which was to be kept in trust, has yet to materialize. That’s another trick governments play on First Nations – once they can’t ignore or deny a problem any more, the usual tactic is to delay promised funding.

Grassy Narrows elder and advocate Judy Da Silva offers another recent example of that – a community health survey that had to be carried out from April 2017 to March 2018 to assess the extent of the damage. The funding didn’t arrive until November, says Da Silva. It felt to the community as if they were being set up to fail. They responded instead by banging on doors and conducting 880 surveys in four months. Their report is expected in May.

“It will say out loud to the world that Grassy Narrows needs mercury justice,” says Da Silva, who was one of several community members in Toronto on April 19 to take part in a panel discussion on the future of Grassy Narrows.

Another speaker was Anishinaabe writer Leanne Betasamosake Simpson, whose work in Grassy Narrows goes back 20 years to her “first adult job” with the Assembly of First Nations, examining the effects of environmental contamination on Indigenous communities in the Great Lakes region.

“We know the only way to keep governments accountable is to keep the pressure on: through assessments, through cleanups, through land acknowledgements, through talk of changed relationships.”

The Grassy Narrows event was presented by the David Suzuki Foundation. Suzuki was on the panel and shocked the gathering by becoming emotional and weeping as he recalled the day he held his twin baby grandchildren and wailed from the desperation he felt that their generation may not get the opportunity to live out a full life.

“Your struggle is inspiring,” Suzuki said. “At the same time, it fills me with rage.” He quoted the words of Gary Snyder, the American poet, who said that the most radical thing an environmentalist can do is say “I’m staying.”

And stay they will, says Grassy Narrows chief Rudy Turtle, noting that the community, which has fought dismissal of their treaty rights in court, continues to maintain the longest-running logging blockade in Canadian history.

“We were born in Grassy Narrows. That’s our land, and we are connected to it. We were born there, we will die there and we will be buried there,” says Turtle.

To those who ask why the community doesn’t just move, Simpson said that’s what the government wants. It’s all about “removing Anishinaabe from the land so they can hyper-develop those natural resources.”

And Simpson says that the people of Grassy Narrows don’t see themselves as victims but as defenders of the land. “They have conducted their own scientific studies they have presented at the UN they have protested they have hosted world-renowned medical doctors, scientists, academics, activists and allies.”

Da Silva says the Grassy Narrows community isn’t just asking for the rest of us to help but to “be part of the fight to protect the earth.”

Simpson elaborated: “My ancestors, even two generations ago, got up every day and made things. They made their political system, their economic system, their education system, they made their health care… a creative ongoing process that continually gave birth to new life, and not just human life – the life of the intimate ecosystem that we are all a part of.

On the front lines of the battle for life on earth, Simpson said, “We are at a crucial point right now, so we have to be using all our brilliance in order to build something different because this monster that we’ve built is going to kill us all.”

New Credit elder Peter Schuler issued a call of his own to the non-Indigenous people in the room.

“At one time, a long time ago, your ancestors, too, were hunter-gatherers with a spiritual connection to the rest of creation…. We are the masters of our own destruction or salvation. Greed has no flag. Don’t be silent. Silence isn’t golden any more.”