NOW MagazineNewsHow one Torontonian grew weed in their backyard

How one Torontonian grew weed in their backyard

When cannabis is legalized, Canadians will be able to grow up to four plants per household. One Toronto gardener divulges how they grew weed in their backyard. 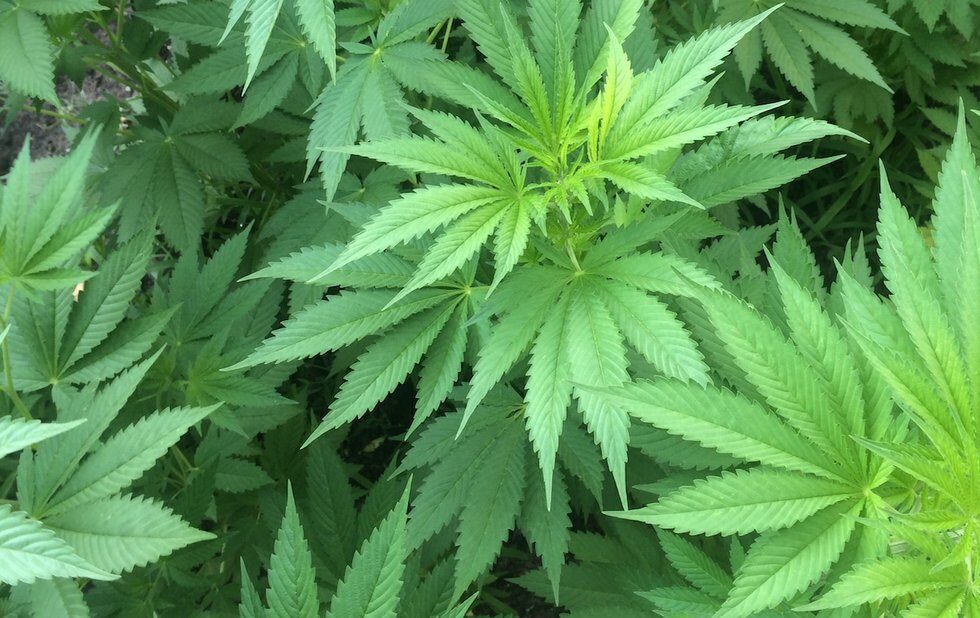 Budding bounty from the author's garden. Canadians will be able to grow four plants per household when cannabis is legalized this summer.

For the past two years in my west-end garden, I’ve planted three varietals of heirloom tomatoes, kale, zucchinis that grow as big as my thigh, spicy peppers, rhubarb, broccoli, basil, lavender, chives – and cannabis.

I feel like I won the backyard lottery in Toronto. It’s modest in size, but our west-facing yard has enough room for summer soirées and four spacious garden plots. Best of all, my partner and I – we’re renters – are the only ones with access to our backyard.

We decided to try growing marijuana when we first moved in. This was when dispensaries were seemingly sprouting up on every street corner and Prime Minister Justin Trudeau was touting his plans for legalization. Growing a couple of small marijuana plants seemed like a fun, low-risk horticultural experiment that could potentially reap some bud benefits.

That May we germinated a dozen seeds that we got from a friend’s homegrown stash and planted them in one of our plots, which I rounded out with cilantro, lavender, dahlias and purple kale for good measure. Within a couple weeks, the plot was full of tiny seedlings, with green leaves with ridged edges. Soon after they grew into sturdy, foot-tall plants, we pulled out the plants that looked like males (only the females grow buds) and any that were encroaching on my vegetables and flowers.

We ended up with two marijuana plants, both of which had formed big furry buds. By September, they had reached more than a metre tall, dwarfing the leggy dahlias and everything else around them.

Although we were nervous about one day coming home to a SWAT team, we never got complaints from neighbours. Most of the time, friends didn’t even notice the plants, which were partially shielded by stinging nettle, morning glories and other weeds thriving between the plots and transforming our backyard into an urban jungle.

In the fall it was time to harvest our bounty. We pulled out the plants and brought them inside. Wearing disposable gloves, we carefully trimmed all the leaves around the buds, a tedious process that took several hours over three nights. We hung the neatly trimmed buds like socks on a clotheslines across our kitchen and laid others on paper-towel-lined baking trays. The buds were super-sticky, so I flipped them using chopsticks a couple of times a day so they wouldn’t flatten on one side. To speed up the drying process – and hopefully dissipate the stench now permeating our space – we left fans running for a few hours every day. After about a week, the buds were ready to smoke.

We gave weed to our friends, some to pot-friendly neighbours and turned a lot of it into butter for baking. Now when one of our joints is passed around at a party and someone compliments the bud and asks where we got it, we proudly say, “It’s homegrown.”

When cannabis is legalized this summer, you’ll be able to grow four plants per household. Cannabis literally grows like a weed. It just needs space and good sunshine. Here are a few tips for beginners interested in growing outdoors.

The first summer, we used a mysterious strain from a friend’s homegrown stash. But you can tailor your crop to fit your personal needs. Last year, we bought feminized CBD OG Kush seeds, since we prefer a high CBD to THC ratio. You can buy feminized seeds at many head shops or at events like the Lift Cannabis Expo, which runs next month from May 25 to 27 at the Metro Toronto Convention Centre.

Make sure to prep your soil

Everyone’s soil is different, but I’ve always had good luck adding store-bought triple mix into my garden beds. Rake in a couple of bags at the beginning of the season in each plot, making sure to pick out any large rocks.

Give your buds a rinse

The first summer, we simply trimmed the buds and dried them out. That’s it. Last summer we decided to give the buds a quick clean before trimming to get rid of the bugs and dirt. After cutting off the large leaves, we carefully washed the buds first in a bucket of water mixed with lemon juice and baking soda, then rinsed it in a bucket of warm water and then cold water. Although washing the buds means the drying process will take longer, the extra step gives a cleaner-tasting smoke. 3

Mary Jane is a pseudonym (but you probably knew that).