Many Canadians agree with a need to act, but where the resistance is coming from for the federal government on handguns is unclear 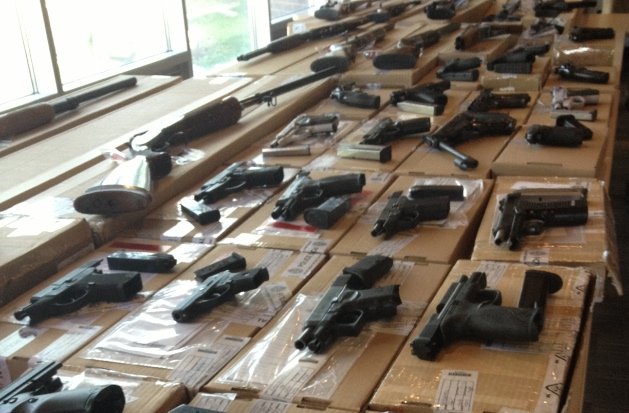 In the strange circumstances of the COVID-19 pandemic, we are getting used to seeing our political leaders step up to microphones each day to make proclamations in the name of public safety.

In this environment, global citizens are more cognizant than ever of the interconnected world we live in and the effects of our own behaviour on others. Sometimes, it turns out, legal rights need to be amended in the interest of public health and safety.

Which brings me to the announcement by the federal government on May 1 to reclassify many assault-style weapons, from “non-restricted” and “restricted” to prohibited. This latest announcement is a milestone in a debate that Canadians have been having about gun control for more than 30 years since the deaths of 14 female engineering students at Ecole Polytechnique brought into sharp focus the lethal nature of modern firearms.

The rapid-fire Mini-Ruger 14 used in the Montreal massacre was the ideal weapon of hate for a misogynist bent on doing evil. Survivors of that night lobbied the government, and measures were taken in the mid-’90s. Unfortunately, many regulations were then undone or have not been modernized by successive governments. Because of this negligence, Canada remains one of the least safe countries for gun violence on a per capita basis, compared to other countries in the OECD.

In announcing a ban on several assault-style rifles, the Prime Minister and his government have started to shift the balance toward public safety.

Among the guns now prohibited are the AR-15 and its variants, which have been used in high-profile mass shootings in Sandy Hook, Christchurch, Las Vegas and Orlando. Then there were the M14 used in Moncton, the Vz58 at the Quebec City mosque and the Beretta CX4 Storm used at Dawson College. They were all chosen based on certain criteria: they are all semi-automatic and they are able to accept large magazines of bullets. To be sure, these are all weapons specified for military use – to kill as many people as possible in a war scenario.  These guns are not needed to “take down a deer,” as the PM said.

Specifically, 1,500 variants of nine principal models are now prohibited. This will affect 105,000 restricted guns owned by 72,000 licensed gun owners that we know of. That’s because data has gone missing following the dismantling of the long-gun registry in Canada in 2012.  Whatever the final number, it is a minority of weapons and of gun owners, since estimates of total guns owned in Canada run as high as 12 million.

I’m originally from Central Ontario, “cottage country” to most Torontonians. Hunting, fishing, camping, boating and swatting at mosquitoes and deer flies are summer pursuits for many who live in rural areas in Ontario. Shooting is also an Olympic sport but I do not remember anyone winning a medal in “AR-15”.

There has been much commentary on the missing elements of the announcement. For example, these newly prohibited weapons must not be used, lent or sold, and there will be a grandfathering provision. But the buy-back option announced is voluntary and comes with a two-year amnesty. It is not clear what happens after that period is over. Will collectors be compelled to disable their guns if they don’t sell them to the feds?  Will owners be able to pass along their property? So, more questions to be answered.

Meanwhile, nothing in the data has improved since the terrible tragedy on the Danforth in July, 2018, that drew my family into the issue of gun violence in a personal way. Inaction has led to further loss. The Toronto Police Services website reports that the incidence of gun violence increased by 27 per cent compared to 2019. We need to encourage action to effectively, fairly and peacefully disarm the nation from weapons that have no legitimate purpose. We also need to address the root causes of violence that cause people to pick up a gun in an act of anger, violence or self-harm.

For many, that leads to what to do about handguns. Again, while respecting the lawful use of guns by our fellow citizens, the fact is that handguns serve no legitimate purpose as a tool for hunting or deterring predators for farmers. Other guns can be used for that.

But handguns remain – especially in cities – the choice for violence. It seems that many Canadians agree with a need to act. A recent poll by the Angus Reid Institute reveals that four in five Canadians support bans on assault-style rifles and handguns. Where the resistance is coming from for the federal government to act on handguns, is not clear.

The government announced prior to being elected in 2019 and reiterated on May 1 a plan to give municipalities the power to ban handgun usage and sales – even though the mayors in GTA cities, Vancouver, Montreal, Winnipeg and Ottawa, among others, have said that they want to see a national handgun ban, as do most Canadians.

Gun control measures are only part of the solution. Canadian Doctors for Protection from Guns and the Toronto Board of Health say that prevention must also come from better supports in the health care system. We need to look at policing strategies, housing policies, and social and recreational programs directed at neighbourhoods that have less than they need in spite of Toronto’s wealth.

Too often gun control is a statistical discussion or a political calculation. Victims have a face. I could note the names of any one of the tragedies that we have seen this year, a product of inaction to this point. Safiullah Khosrawi lost his life in Scarborough in January. Jeremiah Ranger from North York died in late April. Both were 15 when they died. Senseless.

Let’s recognize that we can and should do better to balance public safety interests with gun usage policies. Let’s hold the current federal government accountable to flesh out and implement these measures. Improved social policy is all part of accommodating legal gun usage while creating a safer society.