You only have to consider the history of official responses to Torontos gun violence to understand what Einstein meant when. 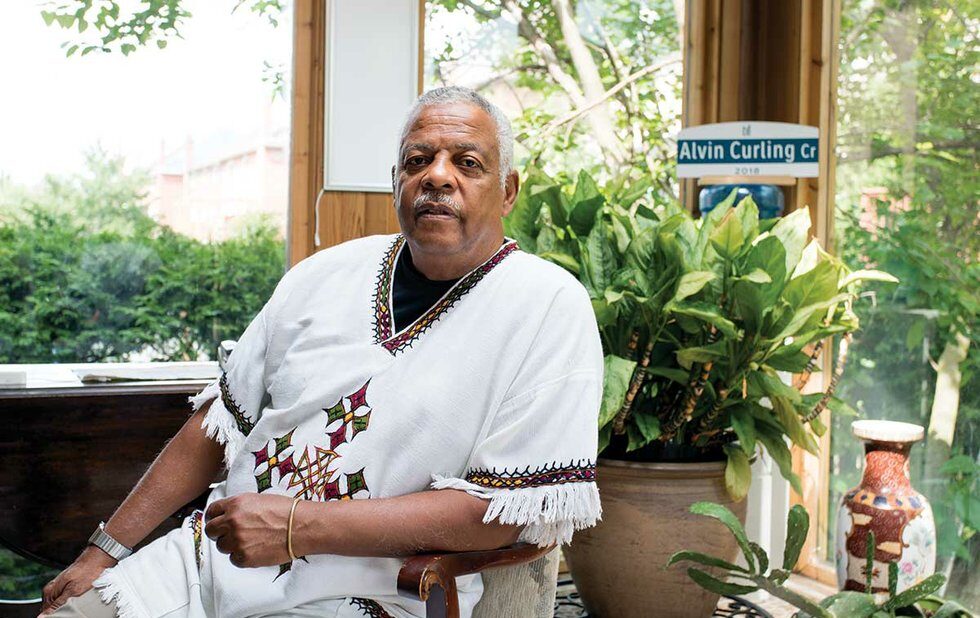 You only have to consider the history of official responses to Torontos gun violence to understand what Einstein meant when he said that insanity is doing the same thing over and over again while expecting a different result.

Shootings and homicides have plagued most major North American cities at one point or another.

New York City was lethal in the late 70s. New Orleans, New Jersey and Baltimore have all set records for shooting fatalities over the last 20 years. Chicagos current addiction to gun death boggles the mind and disturbs the soul.

Like other large urban centres, Toronto has witnessed fluctuations in gun-related crime since the 90s. As of July 29, there have been 233 shootings in the city, 30 of them fatal.

Alarms have once again sounded about gun violence, an issue that shamefully seems to only get proper attention when the shootings move from marginalized and racialized neighbourhoods to relatively white and affluent ones.

But with each spike in shootings, amnesia sets in. We react as though it were the first. Politicians, pundits and civic leaders alike ask: what to do?

The stock responses are as predictable as they are near-sighted. Police say theyre under-resourced politicians claim shock and horror and throw money at the problem. Calm returns and then the issue is forgotten until the next spike comes along. And so on.

How did this happen?

The genealogy of this merry-go-round can be traced back to the 1990s.

Until then, shootings in Toronto were relatively sporadic in comparison to U.S. cities. With the arrival of easy-to-access firearms, gangs and drugs, however, gunplay exploded, with 2007 being the deadliest year to date.

But there is an important political context that is seldom discussed, say frontline workers in gang prevention work.

In 1995, newly elected Ontario premier Mike Harris enacted policies as part of his Common Sense revolution that cut social assistance and pulled the plug on various community supports to reduce poverty and social isolation. Those with means would thrive and enjoy the fruits of their reclaimed tax dollars. Everyone else received a polite fuck you.

Community leaders warned a price would be paid. It isnt possible to reduce people to nothing and expect nothing to happen.

And happen it did.

By the end of 2005, the so-called Summer of the Gun saw 52 shooting deaths across Toronto. It was pretty clear who was doing the shooting and the dying: young Black men who grew up under Harriss policies, and who had better access to guns than jobs.

Long-time community leaders had a wry but apt name for the shooters: Mikes kids.

The Dalton McGuinty government that replaced Harris responded by focusing on programs that served youth.

Jabari Lindsay, a long-time youth advocate, was a program facilitator with gang-prevention program Breaking the Cycle back then. Lindsay saw first-hand how supportive relationships, access to employment and round the clock intervention could meaningfully disrupt gun violence.

The work never ends. That was one of the major lessons, says Lindsay. Theres always another generation who needs it.

Lindsay was eventually hired by the city to lead its gang-prevention program in 2009. But within three years of taking on that assignment, the work began to take its toll. Lindsay and his colleagues were burning out, and program money was drying up. More troubling was that there was no clear succession plan to train a new batch of youth workers who could continue the important intervention work.

We were always asking, Where are the new recruits who are going to replace us?

Paulos Gebreyesus was instrumental in bringing Pathways to Education to the Lawrence Heights community, which was then reeling from gun violence.

Says Gebreyesus: There was a sense that the young people felt hopeless, which meant they were willing to take enormous risks for very short term gain.

Pathways provides one-to-one case workers, tutoring, mentoring and financial support for students from low-income communities. But Gebreyesus cautions that intervening in their lives must be done a lot earlier in order to engage those at highest risk.

At this point, youth that are going to end up entering gang life can be identified quite early, he says. The question is: are we actually intervening in effective ways?

York University doctoral student Joseph Smith, who grew up in the Jane and Finch community, credits programs like Generation Chosen for giving him the options he needed to plan for a brighter future through mentorship and exposure to post-secondary education.

I was dealing with traumatic experiences, and I was looking for answers, says Smith.

If not for key mentors and some timely interventions, Smith says he would have ended up making wrong decisions like many of his friends. He says that beefing up police presence in communities doesnt work. In fact, it can have the opposite effect of straining existing tensions.

It shows a short-sightedness, says Smith.

In 2008, the Review Of The Roots Of Youth Violence report, written by then Liberal MPP Alvin Curling and Justice Roy McMurtry, painstakingly detailed the links between limited social and economic opportunity and gun violence. The report was hailed for highlighting the importance of high-quality programs. But even the McGuinty government that commissioned the report was hesitant to act on its findings.

The government did not take the report seriously, says Curling. It took them a very long time to even receive the report officially.

A decade after laying out a road map to curb gun violence, Curling says hes disappointed that proactive efforts to address the issue are regularly halted. He suggests that cyclical spikes in gun violence are a result of lost focus on underlying causes.

If we stop looking closely at issues such as housing, criminal justice, poverty and racism in the police service, this violence will always come back, says Curling.

The Toronto Police Service introduced the disastrous Toronto Anti-Violence Intervention Strategy (TAVIS) program in 2006 under the leadership of chief Bill Blair, but it was the federal government under Stephen Harper whose mandatory minimum sentences for gun-related crime frustrated efforts to rehabilitate youth caught up in street life.

The police used TAVIS to spearhead carding and rampant harassment of thousands of community members, while the feds rolled back parole policies that had historically focused on reintegrating former inmates into the community.

This meant young people who committed gun offences stayed in prison longer and without access to post-incarceration supports that lower recidivism rates. Many of these young people returned to the only life they knew: a revolving door to a life of crime. If the young people involved in 2005s gun violence were Mikes kids, it can be argued that the generation involved in todays shootings are Stephens.

Compounding this history of missteps, intransigence and bad policy is a lack of leadership across all of the major institutions responsible for reducing gun violence.

Meanwhile, Toronto Police Association president Mike McCormack is capitalizing on the chiefs incompetence, giving him an outsized influence over policing in this city.

McCormack has suggested that a lack of police officers is the primary reason for increased gun violence, a position that he hasnt supported with any rigorous data.

McCormack has also indirectly blamed the new carding regulations as the problem despite the fact that police carded close to 400,000 people in 2007, the citys deadliest year.

In the midst of rising gun deaths, neither he nor the chief can convince the public that a leaner and more efficient police service would create a safer city.

Although the Review Of The Roots Of Youth Violence report and other studies have presented clear strategies to reduce gun violence, Tory seems particularly ignorant about what needs to be done.

If it was that evident as to exactly what needed to be done, then I guess somebody would have done it by now, Tory said on a recent radio appearance.

Add to this depressing melange Premier Doug Fords respect for police platform and it becomes rather clear why there is no discernible movement on preventing gun violence.

Weve known what needs to be done to meaningfully reduce gun violence for some time.

University of Toronto sociology professor Jooyoung Lee is one of several signatories of a recent open letter to the Toronto Board of Health calling for a public health approach to gun violence.

“If the conditions in which people live can be improved, then there is a greater chance of reducing exposure to gun violence, says Lee.

The open letter demands strategies to combat poverty, social isolation, mental illness and lack of trust in the police.

The lack of response to the shootings that affect low-income and racialized young people in the inner suburbs reflects our broader and often unconscious discrimination, the letter states.

Lee cites hospital-based intervention programs in the U.S. as an example of a health-based approach that has shown promising results.

But Lee says the only way to really address spikes in gun violence is for policy-makers to get serious about income disparities, youth employment and rehabilitation for young people engaged in criminal activity.

Until that happens, the insanity will continue.

Neil Price is a doctoral student at OISE and author of the Community Assessment of Police Practices report on carding.